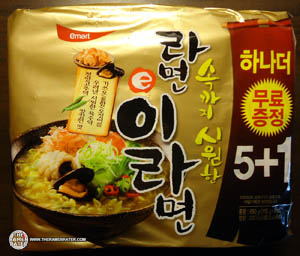 Today I received a big box full of instant noodles from South Korea! These are made by emart. If you can imagine a Korean version of Walmart, you’re on the right track – these are super huge superstores over there. Anyways, a fellow from emart contacted me about reviewing this new product of theirs and of course I said yes. They sent a box with some nice hats and 8 of these 6 pakcs – yep – 48 packages of noodles! Wow! 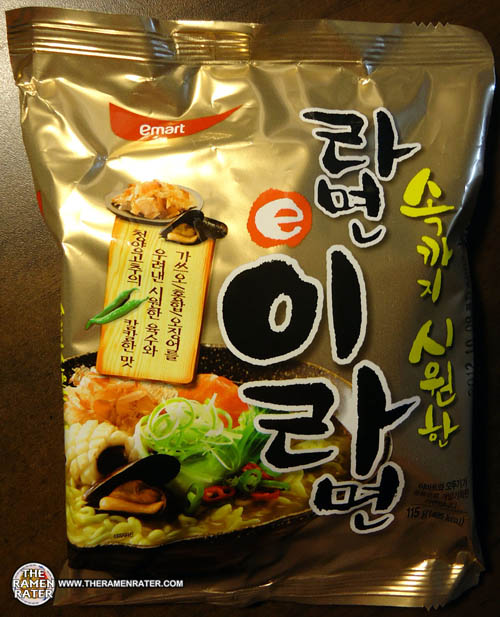 ‘Here’s what the individual packs look like. It’s called Ramen e Ramen and it’s a white broth soup. Looks to be jalapeno and seafood flavored! 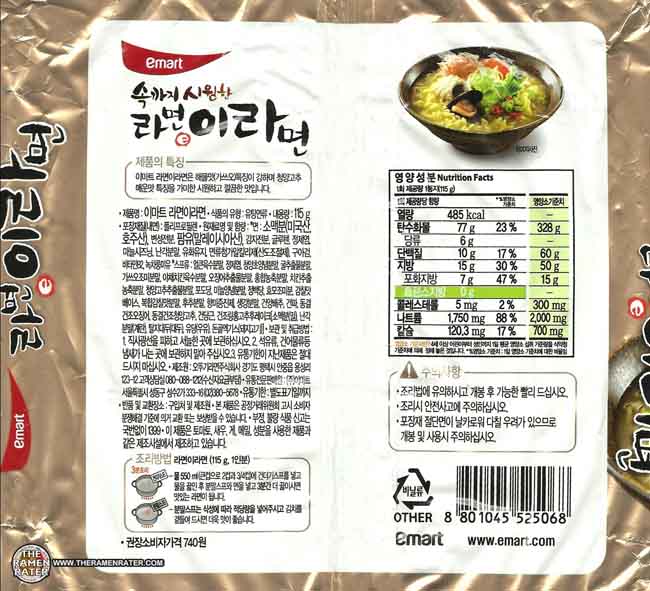 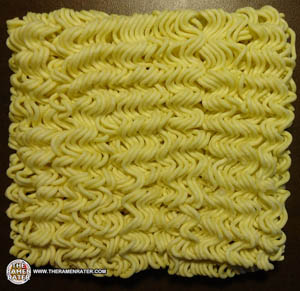 The noodle block – a big one. 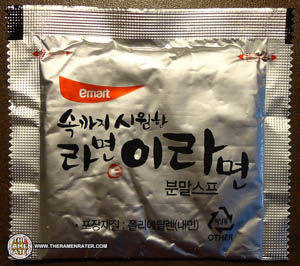 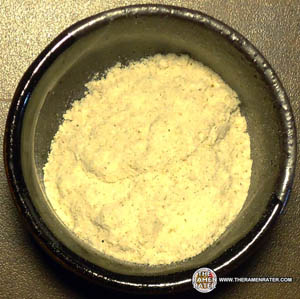 A lot of powder! I tasted a little and it was really spicy! 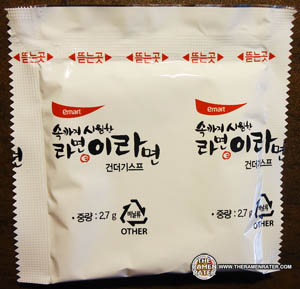 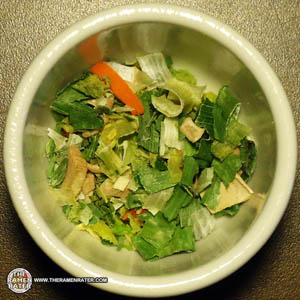 A nice variety. Not sure if there might be some seafoodies in there too. 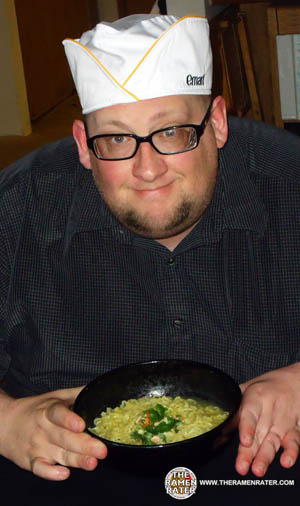 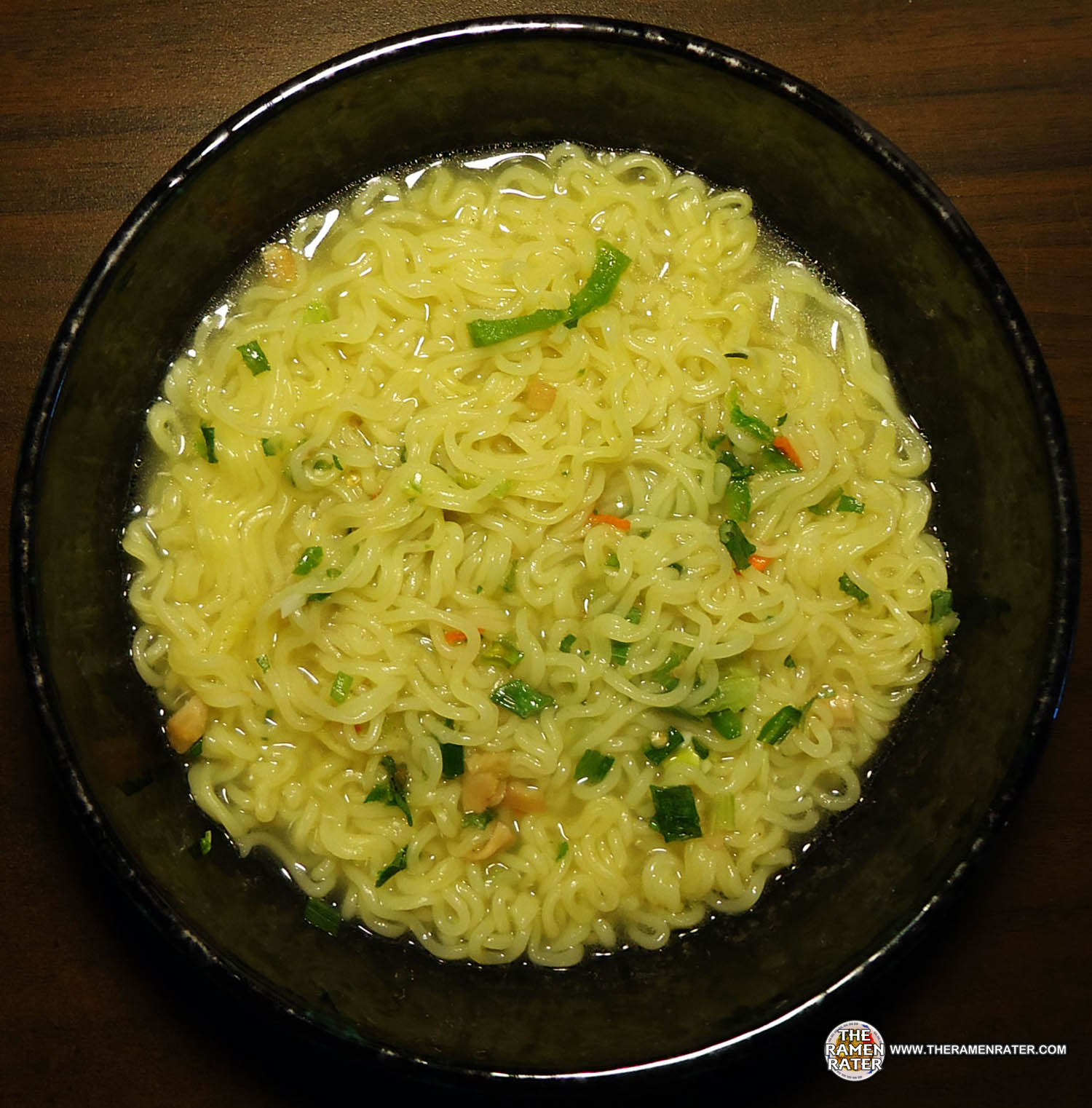 Finished (click image to enlarge). I added a couple slices of jalapeno. The noodles are nice – not too chewy and very full. The broth is great – ultra spicy (I’d say the spiciest white broth I’ve tried yet) and the veggies aren’t too shabby either. I found quite a few bits of seafood in there too – gonna go with mussel since mussels are so prominent on the package. I must say I was wondering how much I would like this stuff as they did send 48 packs of it. Happily, I can say I really love it – great stuff! 5.0 out of 5.0 stars! A wonderfully hot and tasty white broth. UPC bar code 8801045525068 – get it here.

Wow this is really awesome and inventive!

Here’s a guy’s tour of emart. I thought it was kind of funny how he complained that they didn’t have enough American food. I guess that’s what happens when you’re in a foreign country! Man, I would love to check this place out – looks amazingly fun!