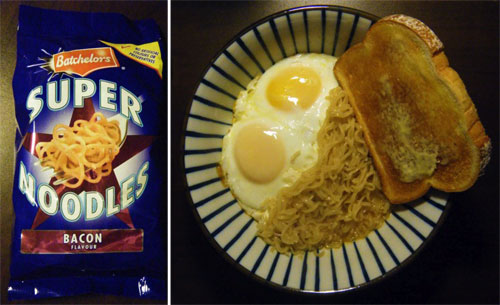 We have the British to thank for these bacon instant noodles. Pair ’em with eggs and toast and t’s actually pretty great stuff. But, you should know, the rest of the day your burps will taste like bacon. This one was sent to me by a Ramen Rater fan in England who also included about two dozen other fascinating packs with flavors such as Curry, Sweet & Sour, and Southern Fried Chicken. 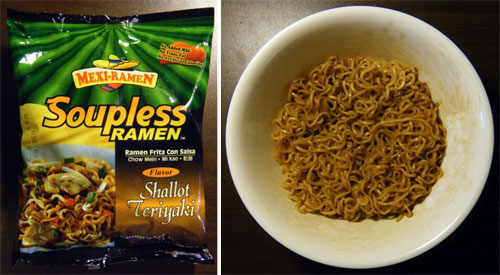 Shallots and teriyaki? What does this have to do with Mexico? Well, the company also makes Chicken Habanero and Spicy Shrimp flavors (vaguely…Mexican). Sent to me as a gift from my in-laws in California, this was the 500th instant noodle I reviewed.

Purple noodles eh? Weird. Couldn’t pass them up, and actually, they were quite good. Makes for a colorful dinner plate. Purchased these at the Seattle Uwajimaya Asian supermarket. 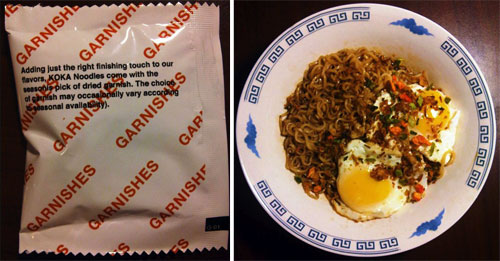 Seasonal? What’s amazing is they actually change the packets depending on the season’s availability. Fascinating for flavor packets, right? Sprinkle on the vegetable-based garnishes at the very end to add a fresh bit of crunch. Koka noodles, which hail from Singapore,are great. Another purchase from 99 Ranch Market. 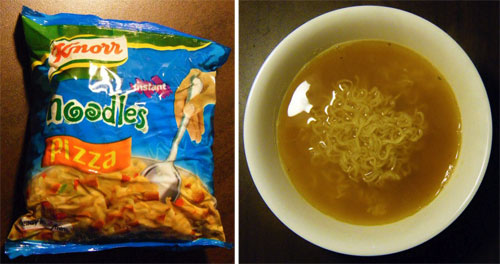 Pizza instant noodles! Where are they from? Pakistan. Does it taste like pizza? Kind of! It’s a little reminiscent of grocery store frozen pizza. Spotted these between some expired masala instant noodles at a Middle-Eastern grocery just north of Seattle. 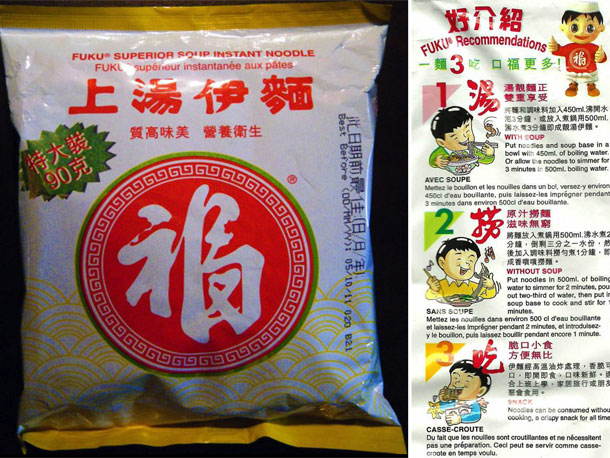 I’m sure you can use your imagination as to how “Fuku” should be pronounced. The instructions on the back are pretty interesting as well—”just eat it raw,” it suggests. My sister brought this ramen back from Canada but it’s imported from Hong Kong. 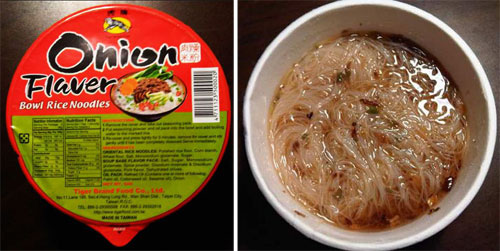 The “flaver” on this one was horrible. It scored a zero out of five stars, which is extremely rare for the Ramen Rater. It’s from Taiwan, purchased at a Seattle-area 99 Ranch Market.

There’s something strange and wonderful about this dual-chambered mayonnaise and mustard packet. It’s from Japan of course, the land of packaging gods. You squeeze it together with two fingers as shown and put it on the noodles after they’re cooked. Go ahead and write your name in mayostard if you want. What’s more, it’s really good on top of this Nissin Yakisoba, purchased at a Japanese grocery in Seattle called Uwajimaya. 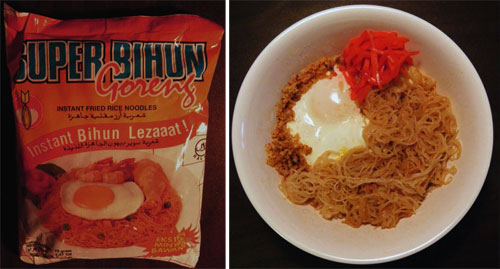 These Indonesian noodles definitely win for weirdest packaging. The image depicts a fake-looking egg and chicken drumstick haphazardly tossed in with the noodles. Their logo looks like a bomb and a heart. Found in Seattle at a great little store called Viet Wah—which has a huge selection of instant noodles and thumping dance music—these are some great noodles.

From what I’ve been told, this translates to “fatty pork intestine” flavor. It’s apparently very authentic in China’s Sichuan area but it was one of the worst ramens I’ve ever tried. Nothing about the photo looks appetizing, right?