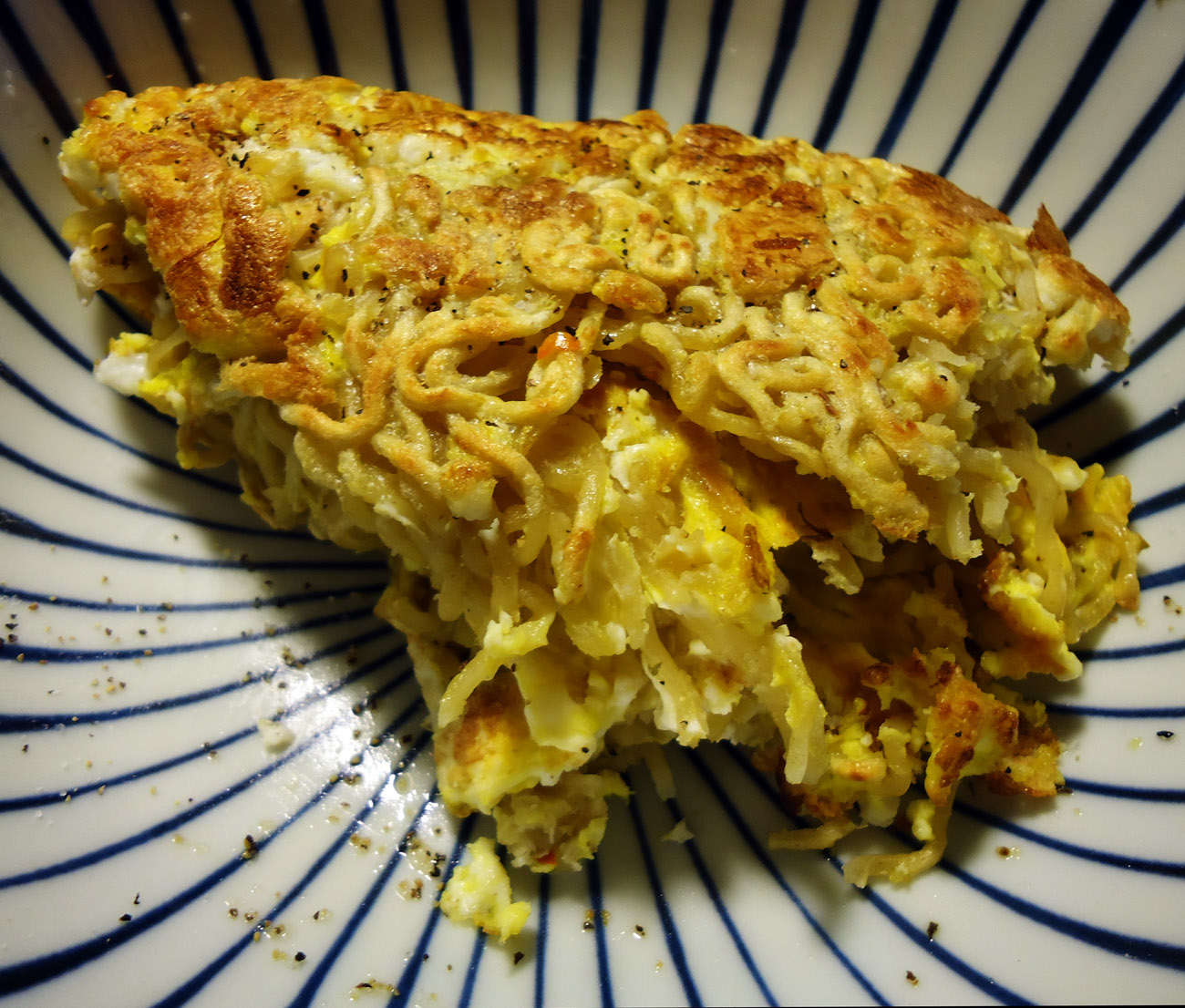 I have very fond memories of what my mom used to make for me to eat during my childhood (click image to enlarge). She used to make me Totino’s Party Pizzas for breakfast, (I had one a couple days ago and noticed that either they’ve gotten a lot smaller or I’ve gotten a whole lot bigger). She used to make the wonder of wonders, turkey spread as well, which consisted of mayonnaise, sweet pickles, leftover Thanksgiving and a Cusinart – I would have that and some more mayo on crackers and it was divine. One thing that I must say really stood out was a breakfast dish she would make for me. She called it ‘Spaetzle,’ but it was a little different than this:

listen) (Swabian diminutive of Spatz, thus literally “little sparrow”, also Spätzli or Chnöpfli in Switzerland or Knöpfle or Hungariannokedli or galuska) are a type of egg noodle of soft texture found in the cuisine of Germany and of Austria, Switzerland, Hungary, Alsace and South Tyrol.

While I’m sure spaetzle is quite good, this is something that transcend multiple cultures. Let me explain…

The noodles my mom originally used were Nissin’s Roasted Ramen. This was available for a short period in the 80’s and then ceased to exist. What we found out was that Nissin Roasted Ramen is the exact same thing as Nissin Chikin Ramen, the instant that came out in 1958 and was the first instant noodle to be sold commercially. For quite a while, we were able to get the Chikin Ramen at Uwajimaya in Seattle’s International District. Uwajimaya is a big Japanese supermarket which my parents would take me to often. I remember going there and to the family’s favorite Chinese restaurant Sun Ya when we were down there. I remember we went to see Chinese New Year festivities down there one year and saw a demonstration during the Tienamen Square protests in 1989.

Things have changed since then. I don’t usually have turkey spread or the Party Pizzas anymore. Nissin Chikin Ramen is not at all readily available. I do have instant noodles often and thought today ‘it’s been years – I oughtta make some Spaetzle…’ So I did. Here’s the recipe, probably a little different from the way my mom made it but comes out almost identical.

There’s a little bit of my childhood for you to try out. It’s a really basic recipe and very few ingredients, but hey – same amount as a PB&J, right? Kinda? I’m sure my mom wasn’t the only one who made eggs and Top Ramen like this. Also, I’m sure she used butter instead of cooking spray. Anyways, enjoy and thank my mom in the comments below if you like it.