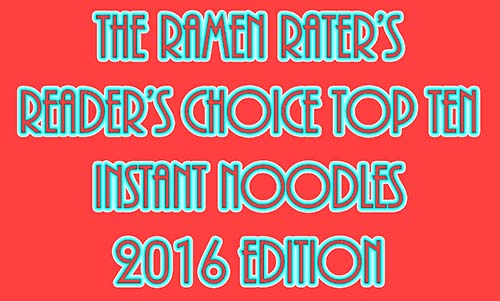 A couple days after The Ramen Rater’s Top Ten Instant Noodles Of All Time 2015 Edition came out, I got to thinking. Every year, a lot of people enjoy my list, a lot also complain. They’ll say things like ‘how can this not be on here,’ or ‘you have no clue of what youre talking about’ – you can guess the rest but it sometimes gets downright rude. I usually tell people to go and review as many instant noodles as I have and make their own list and we can compare notes, but nobody’s ever taken me up on that. At the same time I thought of this, I came to the realization that although they might not agree with me, they’re still people who love their varieties of instant noodles. I thought that they (you) should have a voice. So, I started a poll. I didn’t want to make a list of varieties for people to pick from – that would sway things in those varieties’ favor. I told people to just write in the flavor they liked and what brand made them. A week or so ago, I ended up with a difficult task. See, a lot of them were listed as the brand name but no variety (six people put Maggi, but Maggi what? From India, From Malaysia? Which one?). Some got cut, but most got counted. There were almost 300 votes and here are the results. I’m going to start a new poll tomorrow and this will be an annual thing! Let’s begin!

Each got three votes and since many only got three votes but were from different brands, I figure that 3 with 3 equals 9 for Paldo and that’s more than the other companies got that only had three votes. One thing is certain – you guys like ramyun! Reviews: Paldo Kokomen / Paldo Cheese Ramyun / Paldo Teumsae

These two both had 4 votes each. A couple of curries! Reviews: Indomie Chicken Curry / Prima Taste singapore Curry Laksa

With 5 votes each, these two have fans from around the globe. Reviews: Indomie Soto Mie / Nongshim Neoguri 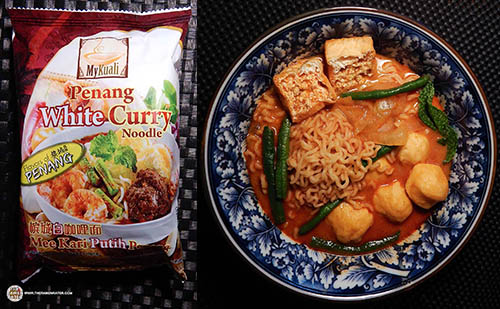 Apparently, many of you like to feel the burn! This is the famous noodle that people use to challenge eachother to see whether they can handle the fiery heat. It got 7 votes. Review: Samyang Foods Buldak Bokkeummyun 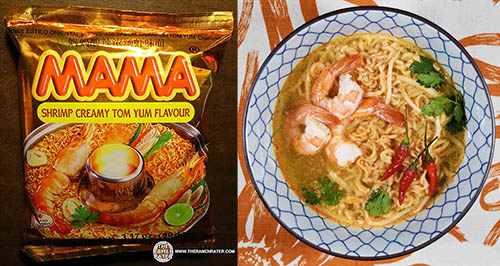 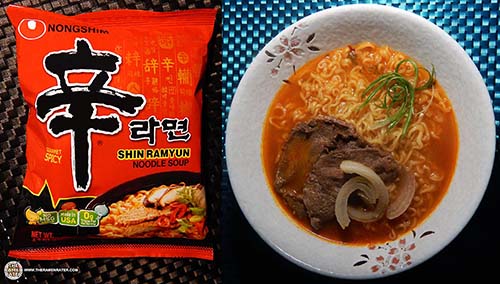 Okay granted I don’t know if everyone was voting for the variety produced in South Korea, the United States or China, I won’t nitpick. Shin Ramyun got an impressive 18 votes. Review: Nongshim Shin Ramyun

Yeah you guys really like your ramyun! This one got 22 votes! Review: Nongshim Shin Ramyun Black 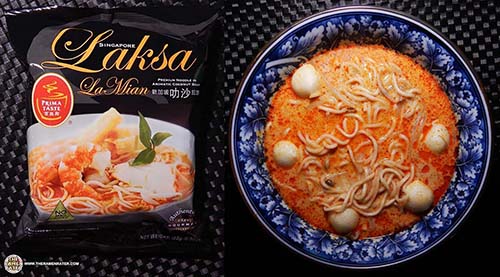 Well, there’s the inaugural readers’s choice list. Hoping for more votes next time around! Remember, the more voters there are, the better glimpse we can see of everyone’s favorites! The new poll will be going up very soon so be on the lookout!