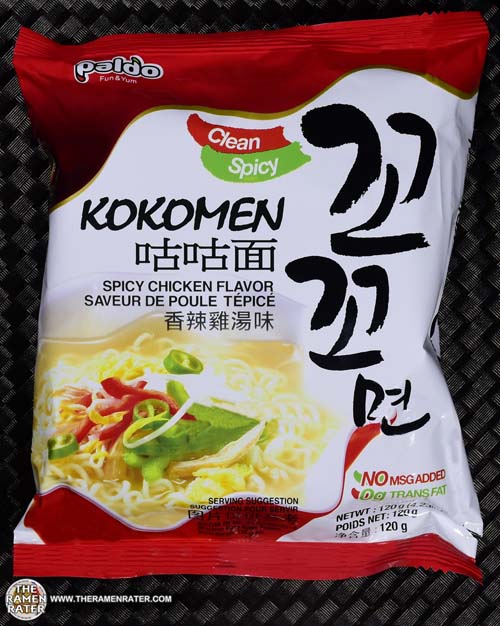 You know, I just saw this one at the local HMart a week or so ago and thought it would be nice to have it again. Kind of weird to be doing a re-review when I’m getting close to the 2,000th review, but hey, like I said it sounds good. This has been a popular one for a while now since it slammed onto the scene. I think it was a comedian named Lee Kyung who made this spicy chicken variety a big hit. Anyways, let’s crack it open and dig on in. 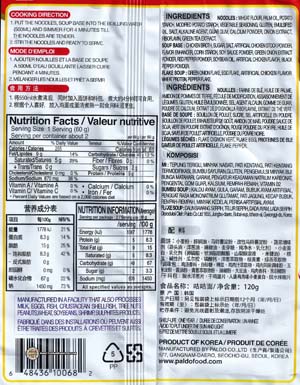 Here’s the back of the package (click to enlarge). Contains chicken. To prepare, boil 500ml water and add in package contents. Cook for 4 minutes. Stir and enjoy! 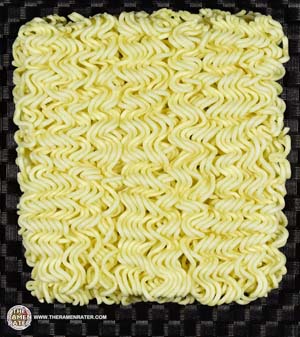 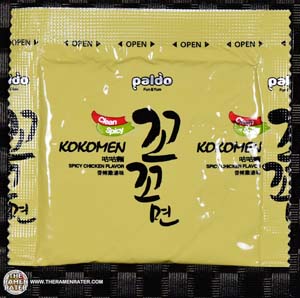 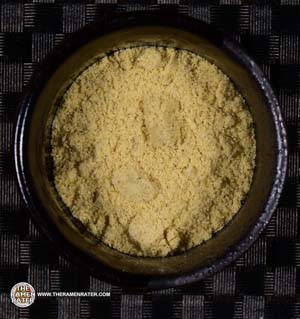 Has a really nice spicy chicken scent. Honestly, it reminds me of Jalapeno Cheddar Chee-tos. 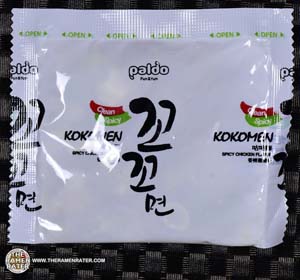 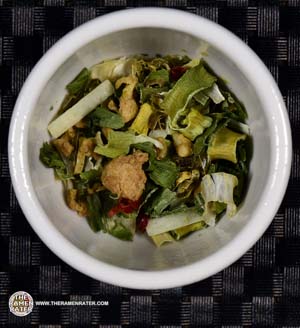 A nice assortment. Note the little strips of chicken. A little story – so I found out that this is chicken from the United States, however this is a product of South Korea. So they import USA chicken into South Korea, process it, then export it back into the USA. A lot of extra work, but the CBP/USDA can be quite insane that way. 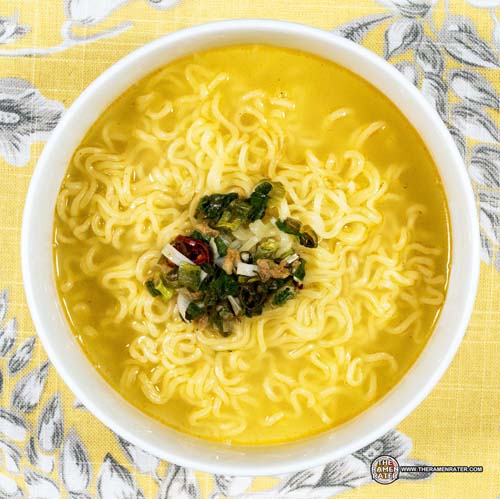 Finished (click to enlarge). The noodles have a great width and chewiness I really enjoy. They kind of have a two-layeredness – kind of extra soft on the outside with more of a chew within. The broth is a jalapeno and chicken hit which works very well. Supplied vegetables worked perfectly as always. 5.0 out of 5.0 stars. UPC bar code 648436100682.

[youtube url=https://youtu.be/rNAyrSRthmk]A little clip with the comedian who made the whole Kokomen launch a huge hit.