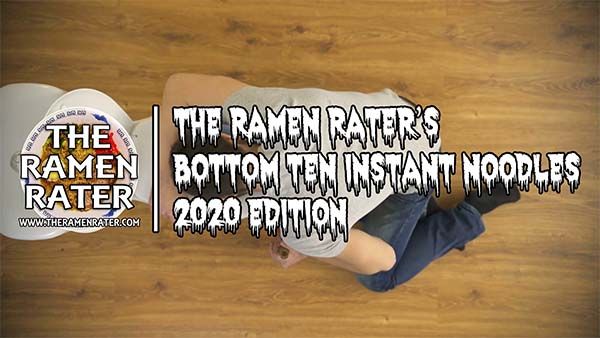 Here we go again. It always surprises me that I have to put out a new list of these every year. I guess the redeeming fact is that some varieties get to be pushed out of the list, which I’m sure they’re happy about. Anyways, these are my least favorite instant noodle varieties from over 3500 reviews. This list is current as of review #3545. Let’s check out The Ramen Rater’s Bottom Ten Instant Noodles Of All Time 2020 Edition.

A visual presentation of The Ramen Rater’s Bottom Ten Instant Noodles Of All Time 2020 Edition. 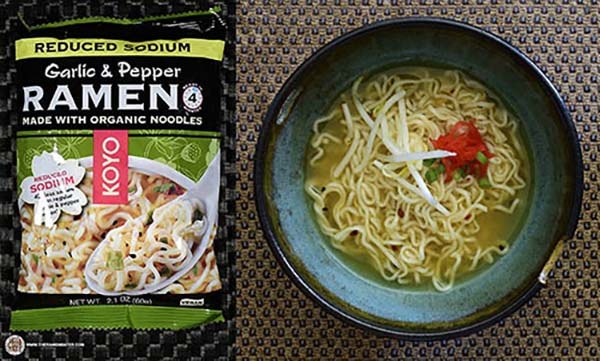 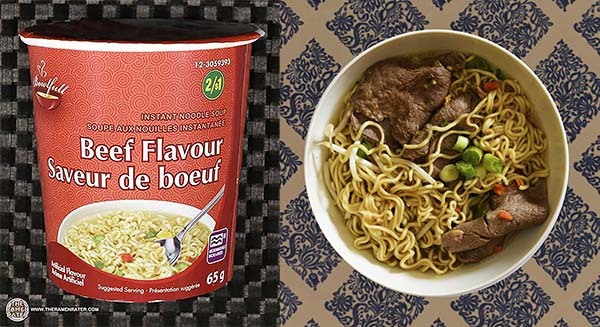 Whereas the previous variety suffers from a very bland taste, this newcomer to the bottom ten  has an extreme level of saltiness the likes of which I’ve never seen. It’s downright painful. I found it at a dollar store up in Canada. What’s funny is I don’t remember the pack version being so bad. Original review

Another new one on the bottom ten. This one’s off-putting nature was in the smell. This one has yuzu, a kind of citrus. Well, it ended up smelling like when you walk past a McDonald’s dumpster on a hot summer day – like microwaving a chef salad. I wish it didn’t. The noodles just didn’t work in this combo either – a shame – it looks like it would be a neat one. Original review 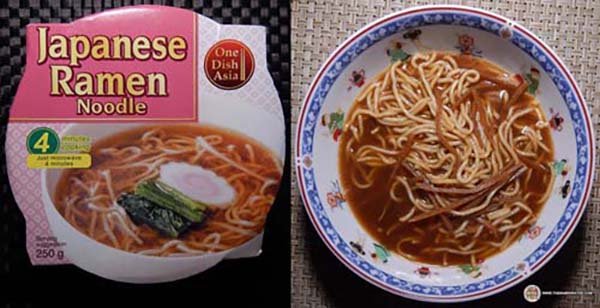 The latest to find itself on the bottom ten. This one looked neat – found it at a favorite shop up in Canada. Well as it turns out, green Sichuan pepper kind of reminds me of what I’m guessing spicy Pine-Sol would taste like. Just too much of a scent of public restroom for this reviewer. Original review 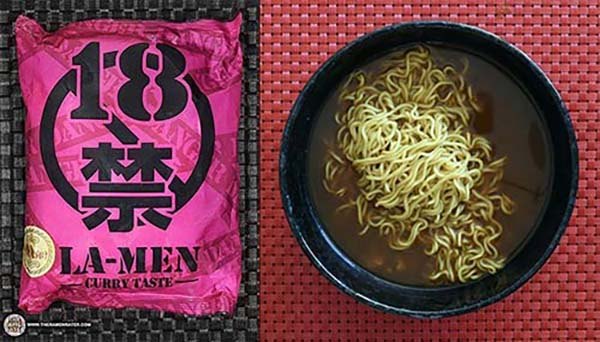 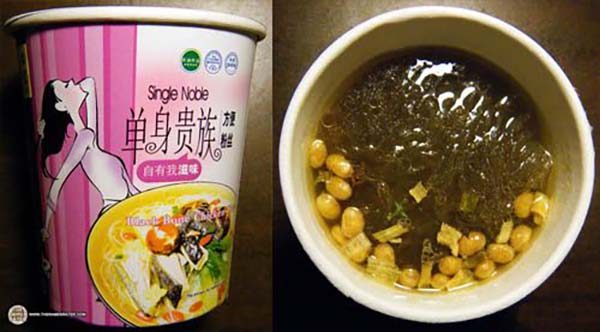 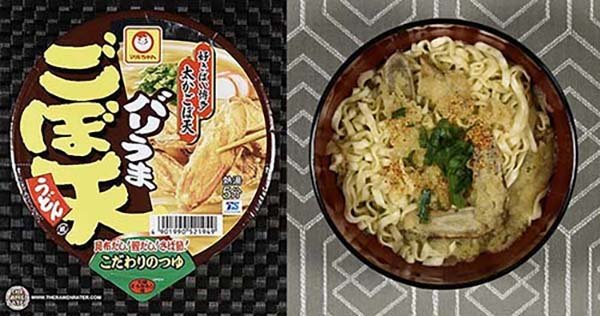 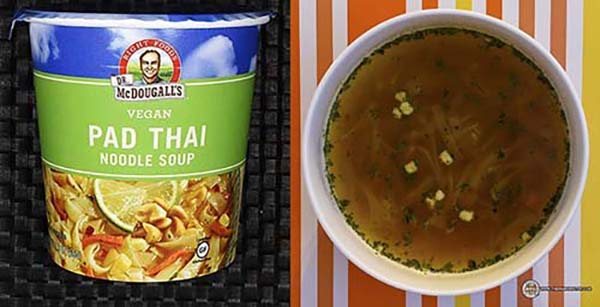 Where do I begin. Well first off, when one in the United States thinks of Pad Thai, they think of what they might find at a Thai restaurant. Okay so the rice noodles came out nicely – short, flat and broad and well hydrated, but they’re short and cut like egg noodles.. Now for the broth. Thin. Nothing like pad thai. Has a little lime flavor and a kind of herbal taste. The floating bits of tofu are a lot like the marshmallows you get in the hot chocolate that comes with marshmallows. This is as far from pad thai as I can even express in words. It’s like someone gave a broken description of pad thai to someone who has short term memory problems and no taste buds a week prior and told them to make it. I kind of feel personally violated and offended. Never thought this would slip to 2nd on this list.. Original review 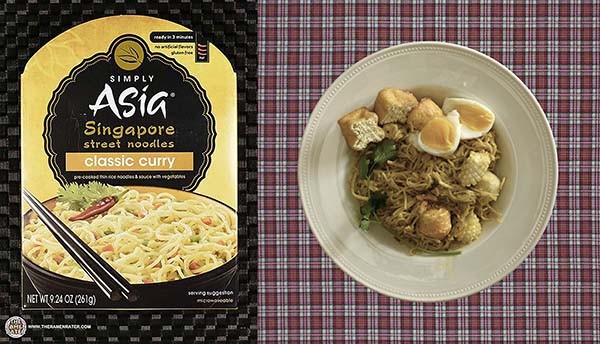 A nice looking package with the enticing words of ‘classic curry’ brings an image of something really special. This isn’t the case though. Rice noodles come out very mushy, but curry with slightly soggy noodles wouldn’t be so bad if it tasted like curry. Basically the flavor is a lot of lemongrass and strongly lacks authenticity. It’s like if you went to a restaurant, ordered some french fries, and they brought you a soda that said french fries on it. Just wrong on so many levels. Offensive in the highest. Original review 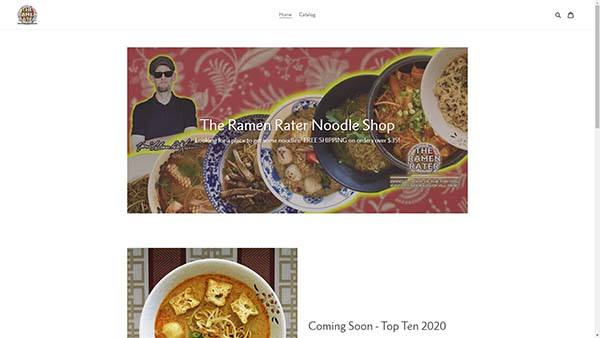 People have been asking where to get a lot of varieties and so I’ve partnered with Exotic Noods to bring you The Ramen Rater Shop. Here you’ll find an expending variety of instant noodles at a pretty decent price. Spend $35 and get free shipping. You’ll be able to try a wide array of varieties and not have to buy a ton of each variety. I really wanted to have a way you could just buy a single pack of two at a time. The same way I do when I visit an Asian grocery.

The All New The Ramen Rater App For Android 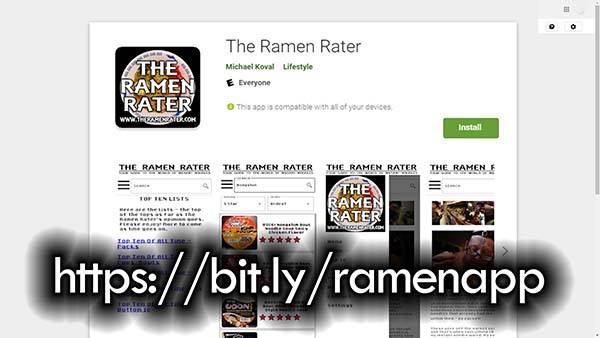 The Ramen Rater App for Android has been given a whole new look and functionality. You can scan bar codes to see reviews I’ve done while at the store, peruse the top ten lists, and do simple searches. It’s really great – even a dark mode! Best of all it’s free and currently ad-free.

In Memory Of Barbara Lienesch

Sadly, this is the second time this year I’ve had to add a memorial to the bottom of my list. Early June 30th, my mother passed after a pretty rough ride. In the end, she died peacefully in her sleep. Here’s an interview I did with her when I had family down for review #3000.