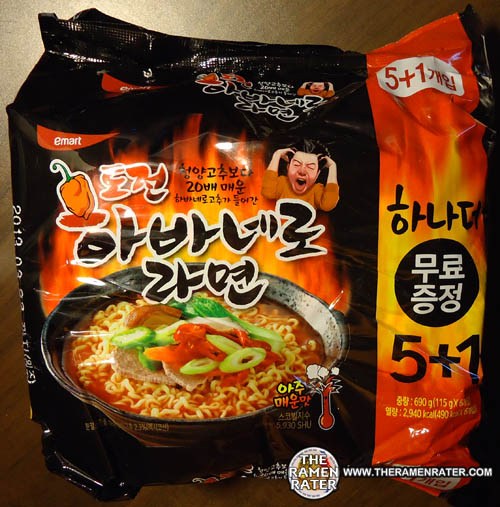 Here’s something new from emart. emart (이마트) is the biggest store in Korea! They sent samples of their white broth ramyun a few months ago and now this, their ultra hot and spicy. 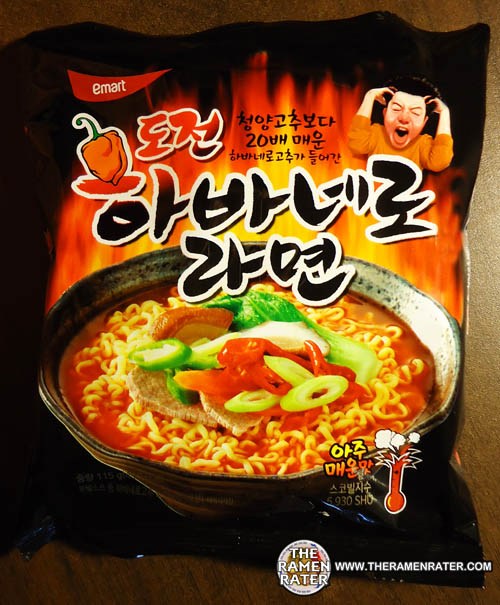 Wow look at all the flames, guy blowing his top and a thermometer! 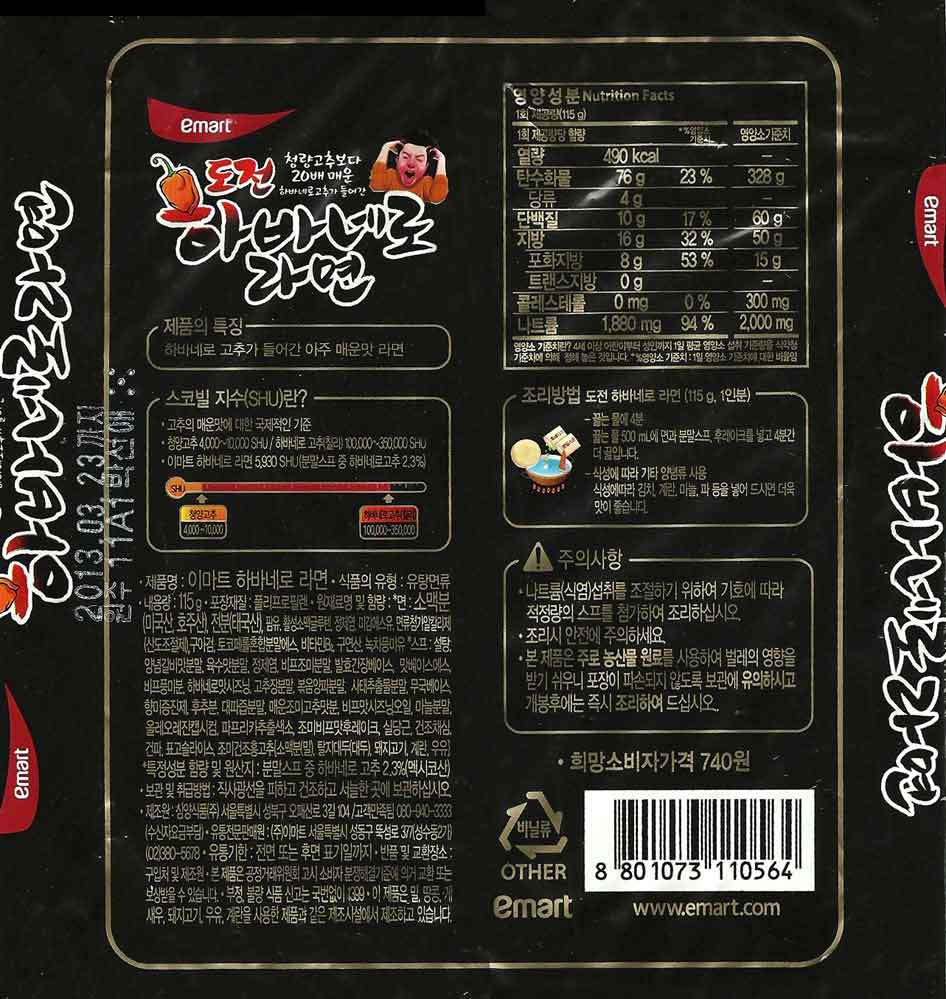 Here’s the back of the package (click image to enlarge). Note the thermometer on the back. 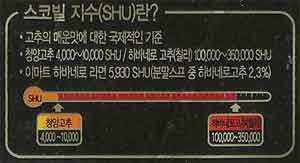 I can’t reaqd this, but I’m going to guess its a little information on SHU. What are they? SHU is an abbreviation of Scoville Heat Unit, a measure of a spiciness of a pepper or anything spicy. Here is a chart of the heat levels of different peppers from Wikipedia (click image to visit Wikipedia article):

As you can see from the chart, habanero peppers are 100k-360k SHU. The noodles here claim to be 5,930 SHU, which is closer to a jalapeno. I can attest though that jalapenos are pretty hot and if these noodles were 100k-350k, they would only be palatable to a fraction of the population. 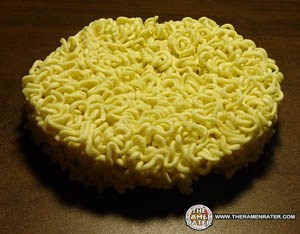 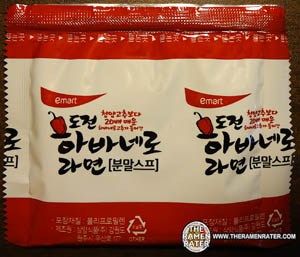 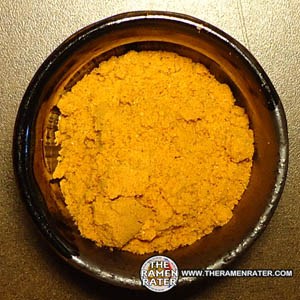 Wow – some major stuff here. I gave the powder a taste – and a tiny one at that – and my tongue’s been burning for over a minute. 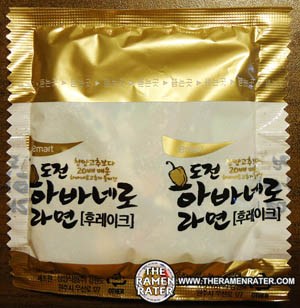 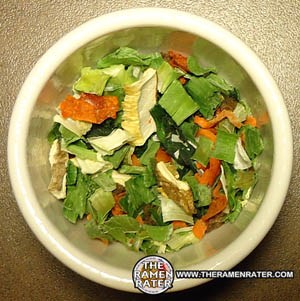 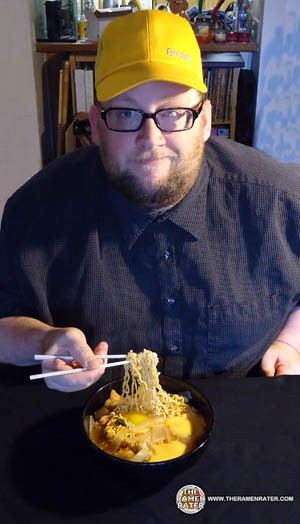 Last time, they sent me a couple hats! 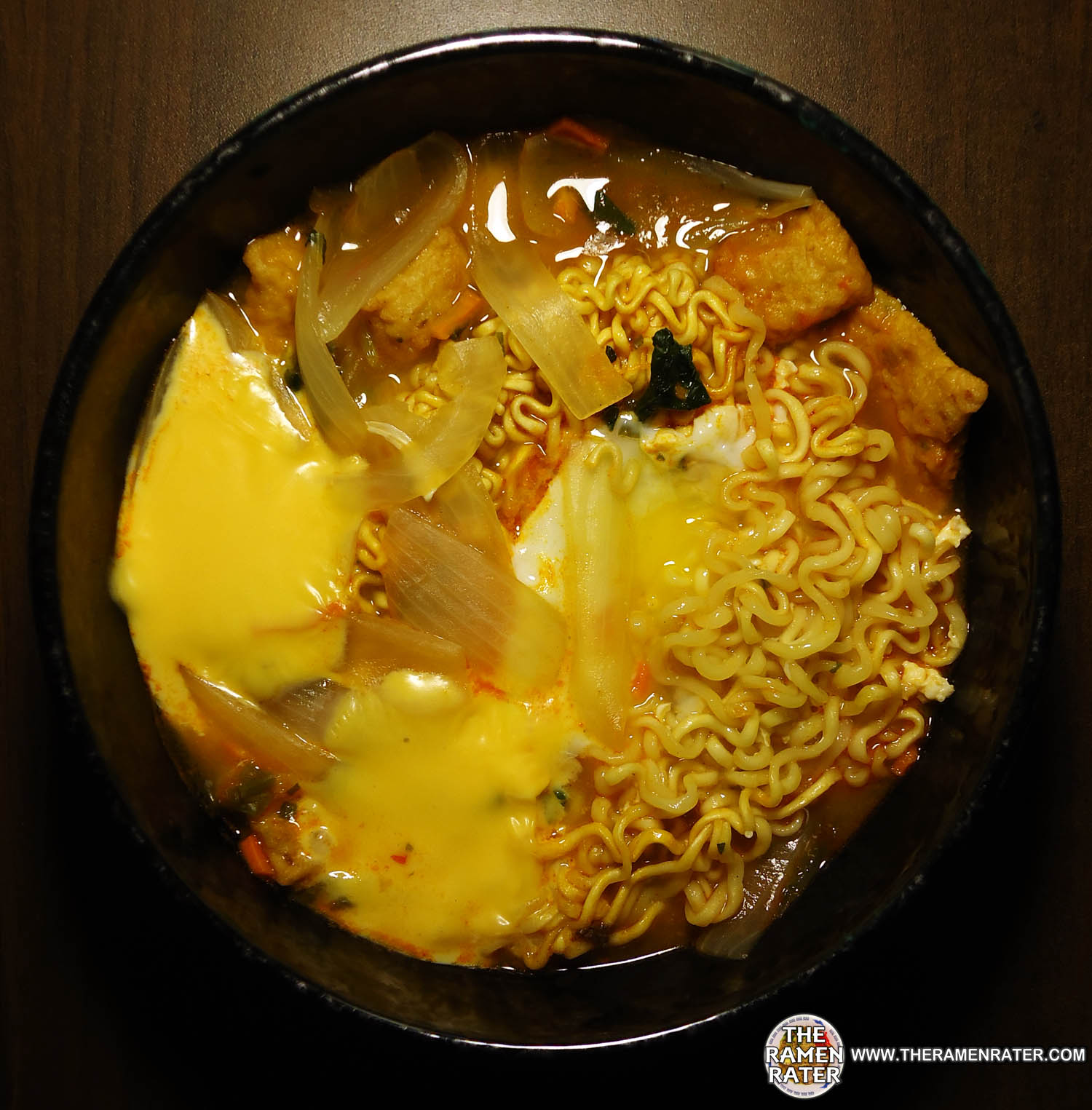 Finished (click to enlarge). Added two slices of processed cheese, an egg, onion and odeng. The noodles are excellent – perfect example of tasty Korean ramyun noodles. I always taste everything before I add anything, and that’s where the review comes from – I don’t review what I add to the noodles. I can quite honestly say that this has the absolutely spiciest broth I’ve ever had. It’s ridiculous; I mean this stuff is sooooo spicy! That being said, the flavor other than hot is kind of hard to distinguish; not really salty, just really really hot! The veggies are excellent – plentiful and nice.  3.75 out of 5.0 stars – man I can’t tell you how absolutely fiery hot this is; if you like it spicy, this is for you! UPC bar code 8801073110564 – you can get it here.

Here’s a guy trying it for the first time – kind of funny – he says its not spicy enough at the end although he’s been dripping since the first bite from the heat!

This is absolute marketing genius; a QR code that boosts lunch time sales using the position of the sun in the sky.

It amuses me that this guy is surprised that a big supermarket in Korea doesn’t have a lot of American food. Hello! It’s A DIFFERENT COUNTRY!!! I would love to check out emart – I don’t care if I can’t read it – I think it would be a lot of fun to try things and figure out what they were afterwards; kind of like ‘grocery gambling!’ Of course, you could always ask someone for help – haven’t met any rude Koreans thus far.