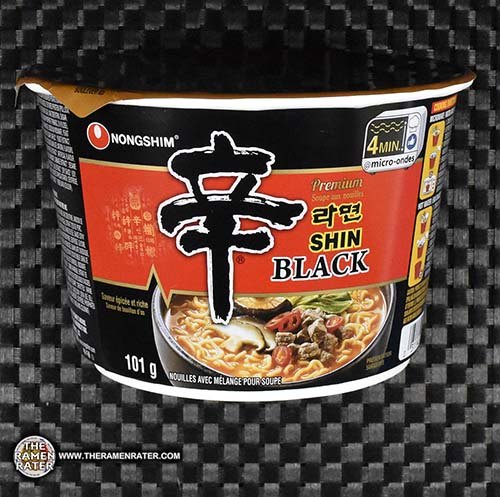 Here’s one I found at the new T&T Supermarket in Lansdowne Center up in Richmond, BC. A Shin Black bowl! I knew they must exist; I mean, there’s generally a pack, cup and bowl for everything that comes out of South Korea. Well, here it is. What’s interesting is that this isn’t available in the United States, and up in Canada it’s not a product of the Nongshim China factory, which most bowls up there seem to be. ...see full post 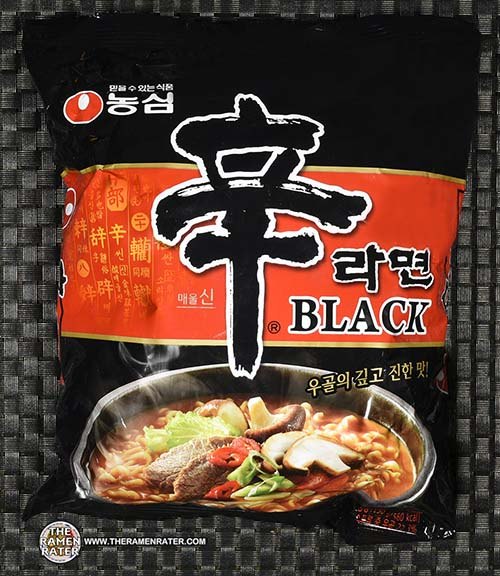 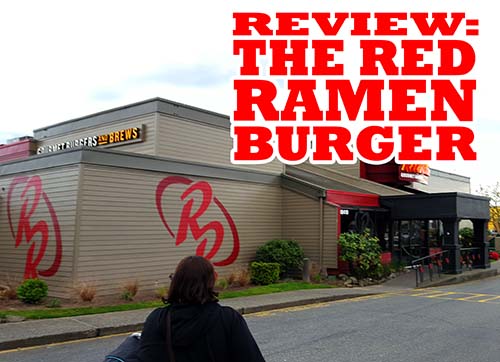 We were out doing grocery shopping and thought ‘hey there’s that Red Robin over there – wonder if they have those Red Ramen Burgers.’ Well, after a quick phone call to make sure they did, we swooped in to give them a try. ...see full post

It’s been a long time since I’ve reviewed Nongshim Shin Black – and it’s gotten a packaging facelift. This is made here in the USA in Rancho Cucamonga, California! This is the ‘flagship’ of their new line of ‘Black Class Noodle Soup’ varieties. This one’s got neww clothes – but is it still the same underneath? Let’s have a look at this dressed up pack of Nongshim Shin Black noodles! ...see full post 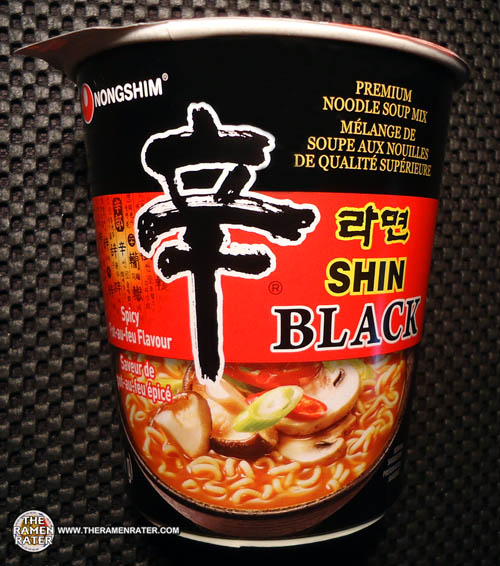 You might be thinking, ‘hey – didn’t he already review this?’ Nope – I reviewed the Shin Ramyun Black cup from South Korea. This is the one that is manufactured here in the United States in Rancho Cucamonga, California.So what is this ‘Pot-au-feu’ flavor? I consulted Wikipedia and found this: ...see full post

Recently, I came up with the ramyun slider. I thought since I’ve got some Shin Black on hand, why not a full-fledged ramyun burger? This recipe came out great and really wasn’t that hard to do. ...see full post

When we got home from the hospital yesterday, I called the apartment office to see if there were any packages – they said there was one. A mailer from Nongshim America – what’s inside? ...see full post

Cups were the second instant noodle innovation that really took the world by storm. Nissin founder Momofuku Ando of Japan decided that a cup would be a really handy way to have instant noodles on the go. His creation came to the market in 1971. Forty-two years later, the instant noodle landscape is filled with many different cup designs and contents – some all inclusive only needing hot water,m and some requiring a little more with packets – and some even with forks! Of all the varieties I’ve tried to date, here are my favorite ten. ...see full post

It’s been over a year since the last Top Ten List came out and it’s time for a new one. You’ll see some from the old list and some new ones! With that, Welcome to the new Top Ten Instant Noodles Of All Time – 2013 Edition! ...see full post