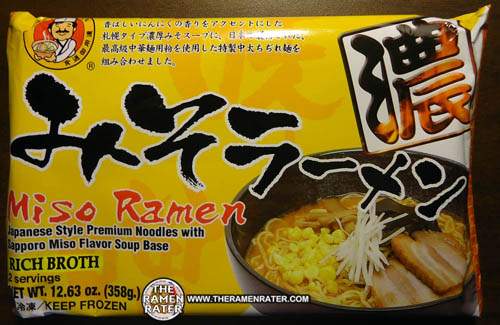 So yesterday I tried the mild miso and today I’m hitting up the rich. This one says it’s ‘Sapporo miso’ – curious to see what its like. 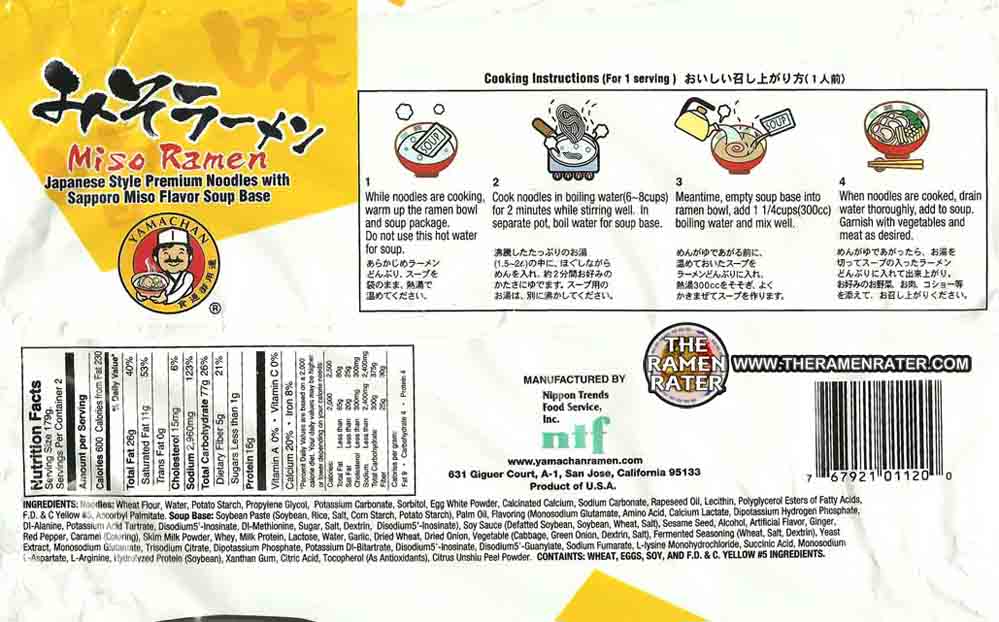 The noodle portions come individually wrapped on a tray. 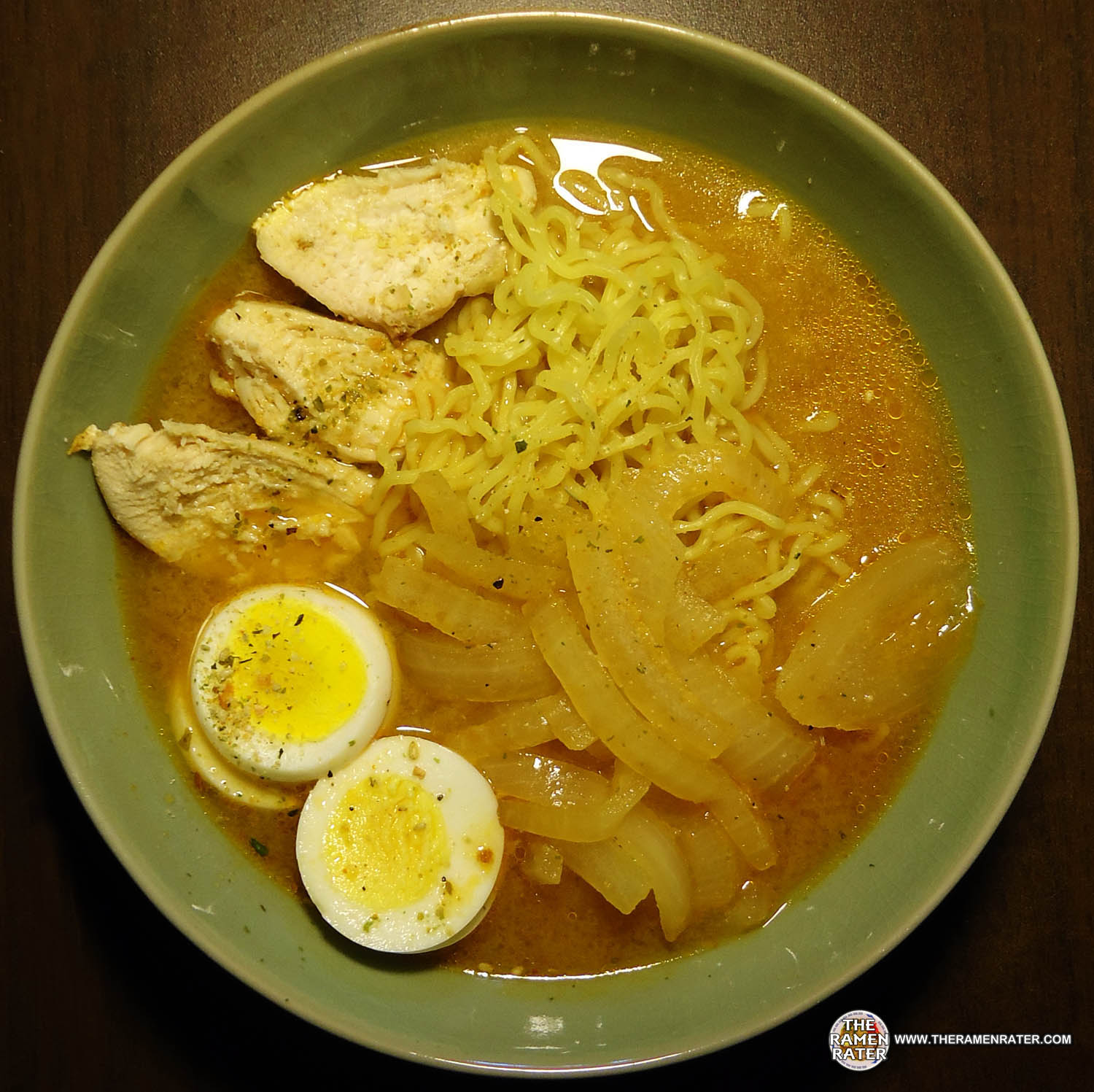 Finished (click image to enlarge). Added some onions, a hard boiled egg with some Krazy Mixed Up Salt and some baked chicken with Soul Seasoning and Ajishima Kimchi Furikake. The noodles are reaslly good – chewy and fresh. The broth was a surprise. I expected a really really strong miso flavor that would bowl me over. It’s exactly as mentioned on the package – rich. Broth is of a brown and almost milky color. The broth has an extremely nice depth to it and is really good. I was expecting a really salty and almost funky bitter taste which I did not get at all and I am happy about that. Serious depth of flavor – I like it. 5.0 out of 5.0 stars – this is excellence.  UPC bar code 767921011200 .

How to do product demos of Yamachan products. Basically, this guy’s a pro at makingh this stuff and so have a look to make sure you’re doing it right!

This is a Japanese cooking show called Dotch. They’re having a challeng: Onion Miso Ramen vs Salt Butter Ramen! I had no idea onion miso ramen was somewhat normal – I just like onions a lot and it sounded good.