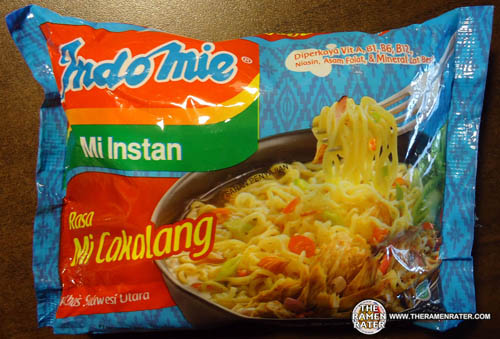 Haven’t had an Indomie in a while! This one’s Cakalang. Cakalang is also known as Skipjack tuna. Been looking forward to this. 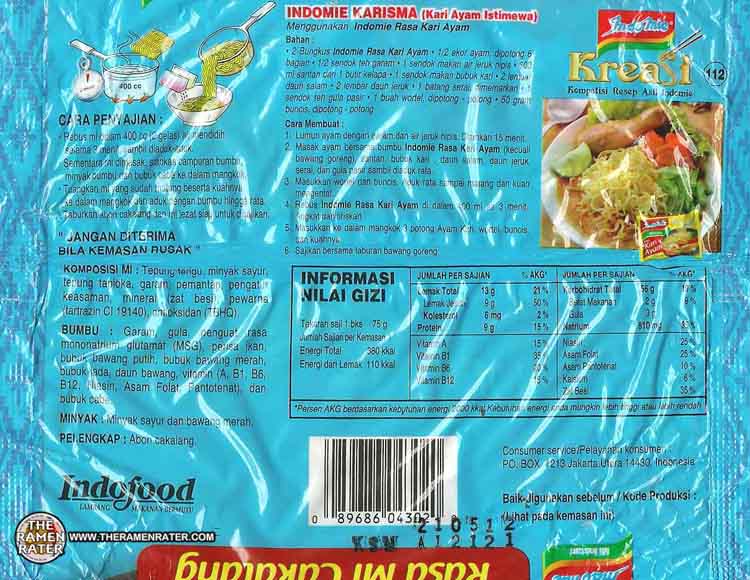 Back of the packaging. Anybody know if that mention of Indomie Kreasi – just a recipe or another product altogether? Click to enlarge. 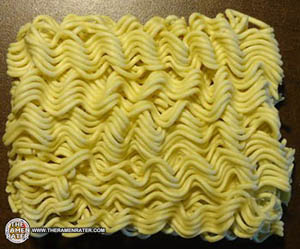 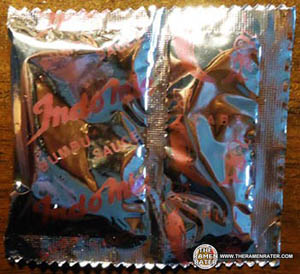 Powdered base and chili powder. 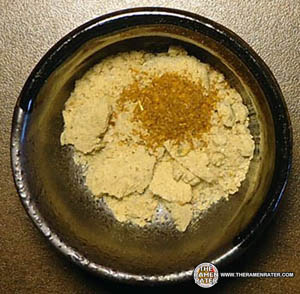 Here’s the chili atop of the seasoning powder. 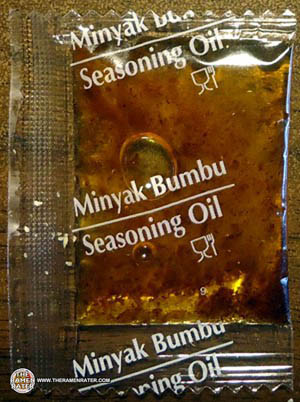 You guessed it – seasoned oil! 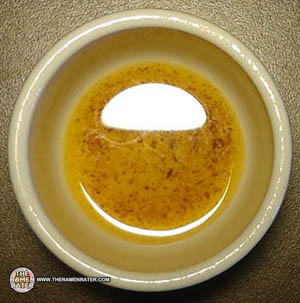 A little bit of color. 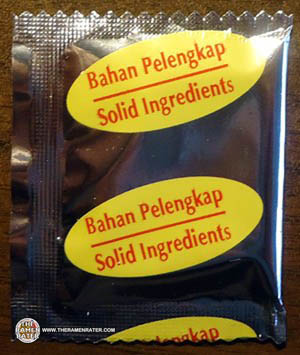 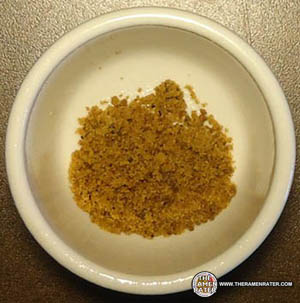 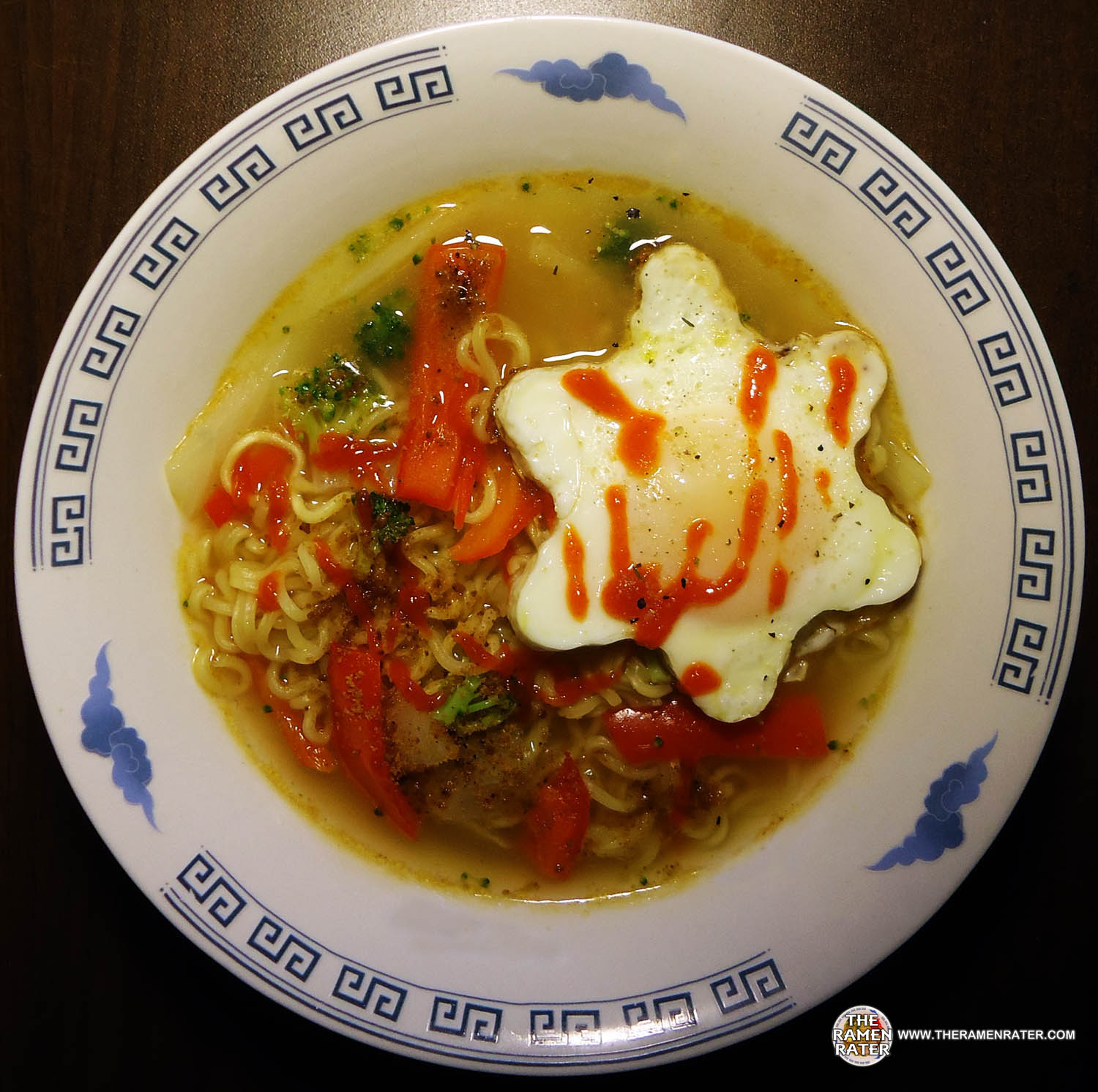 Finished (click image to enlarge). Added onion, red bell pepper, broccoli, and a fried egg with Dua Belibis and Krazy Mixed Up Salt. The noodles are good – chewier than usual Indomie – and good! The broth is spicy and has a unique seafood taste. This is great stuff! 4.5 out of 5.0 stars – excellent Indomie! UPC bar code 08968604302 .