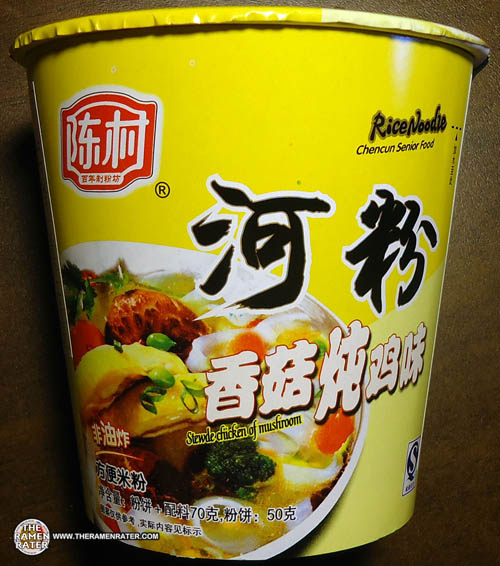 See? it really says it right there – stewde chicken of mushroom! I think this has to be one of my favorite misspellings yet! My sister brought me this back from Canada earlier this year. Let’s have a look! 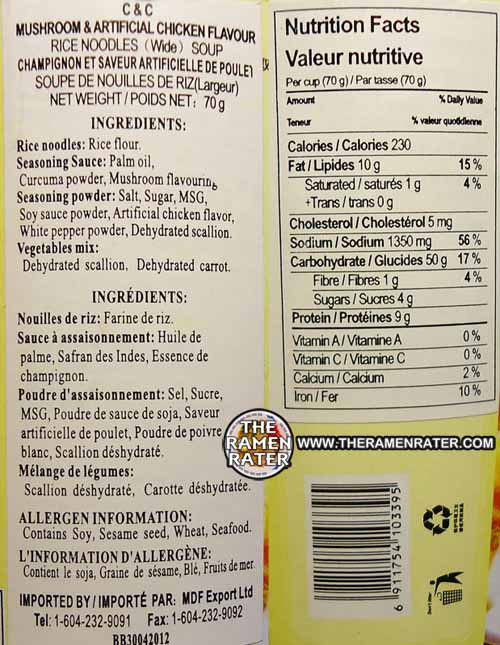 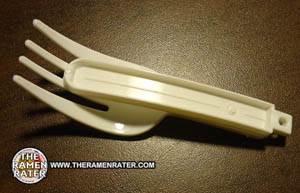 A folding fork! See more of ’em on the Included Forks page! 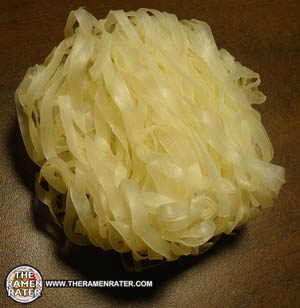 The noodle block. A large clump of rice noodles. I’m curious if they’ll be stiff and chewy of nice and free-flowing of edibility. 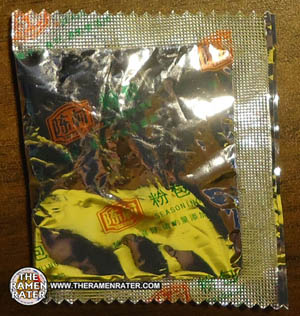 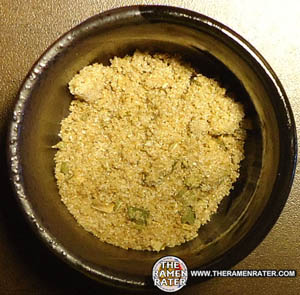 Interesting – has a slightly granular appearance. 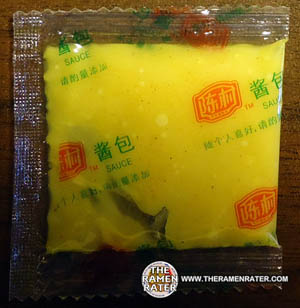 Looks like a seasoned oil that’s congealed a bit. 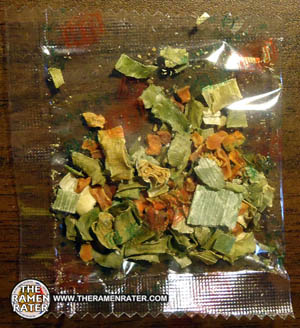 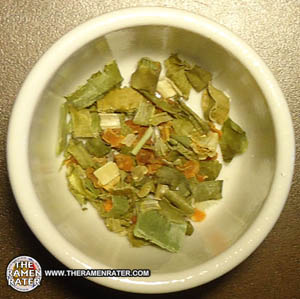 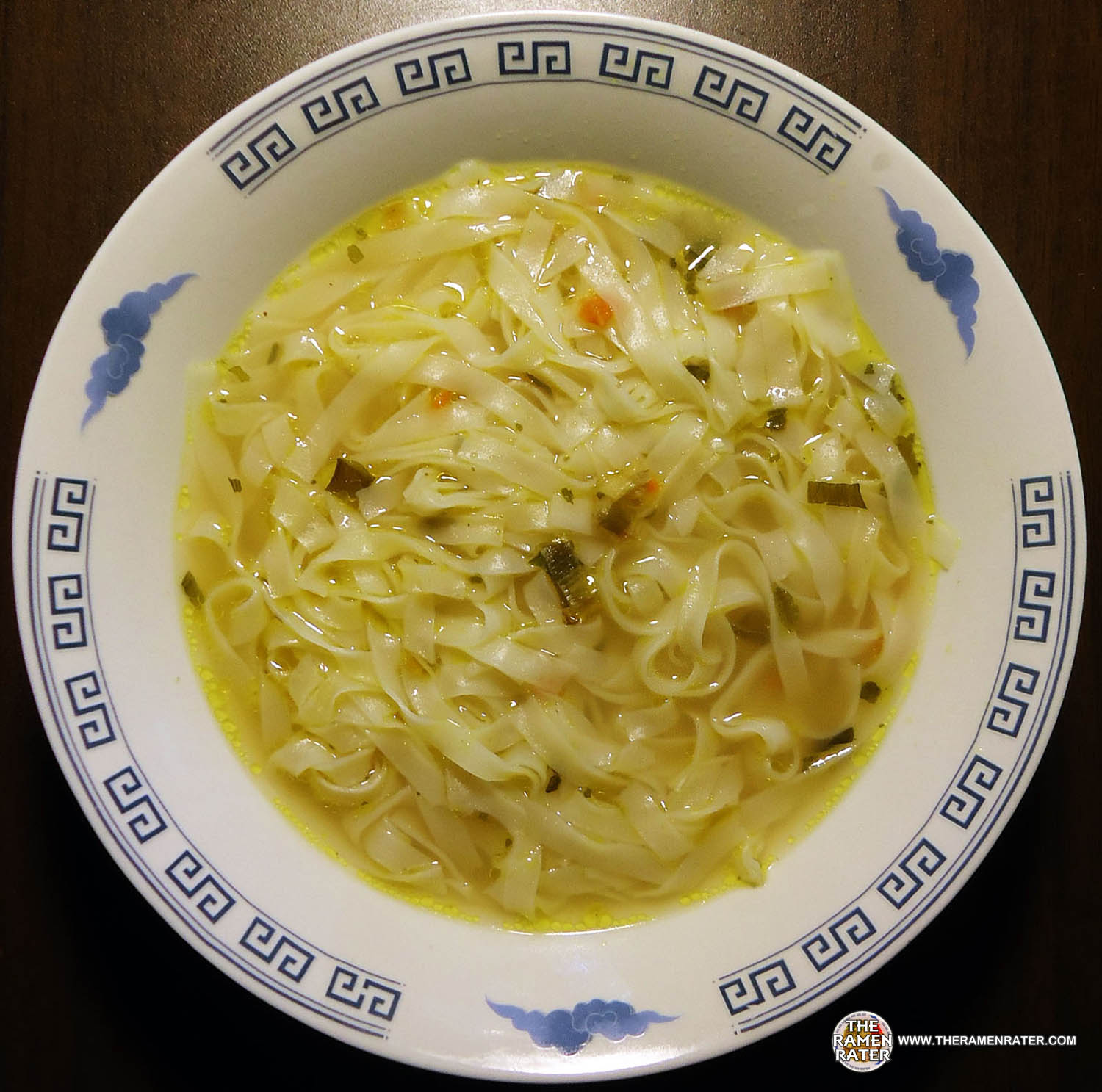 Finished (click image to enlarge). UPC bar code 6911754103395 . Despite steeping for about five minutes, the noodles didn’t seem to completely get all the way done – at least in patches. Those that did get done were soft and enjoyable. The parts that didn’t weren’t hard or anything, they were just not all the way done. The broth has a sort of chicken mushroom taste to it and a surprising thickness as well. The liquid packet is prevalent in the greasiness here. The veggies weren’t bad but more is always preferable. All in all, it is about as I expected; a passable mushroom of chicken – I mean chicken of mushroom… I don’t know but it tasted like a chicken mushroom with wide rice noodles kind of thing to be. 3.25 out of 5.0 stars.

Chicken of the woods eh?