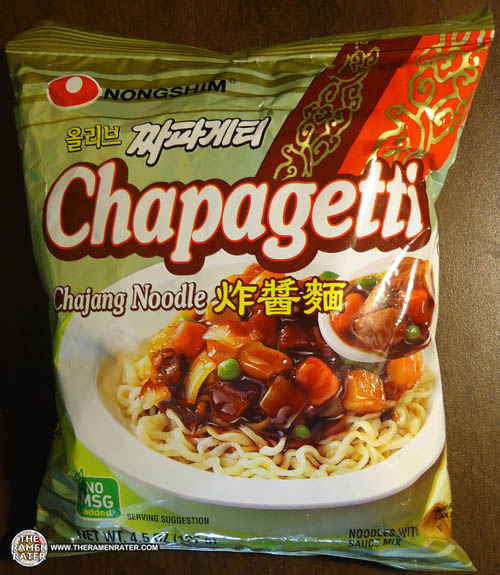 Here’s another well-known Nongshim pack – Chapagetti.  Basically, you take spaghetti and combine it with Chajang, which is a black bean sauce – now you have Chapagetti! 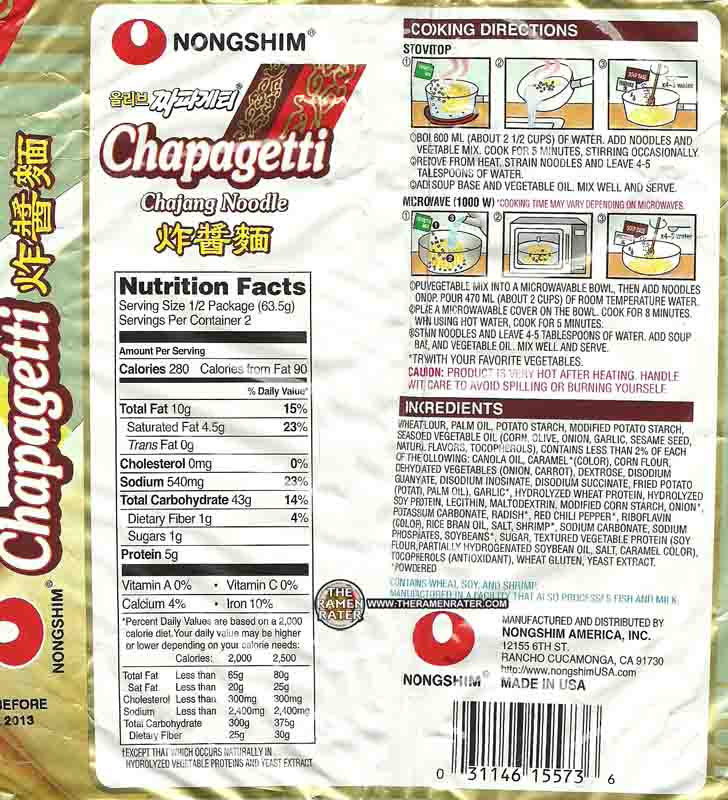 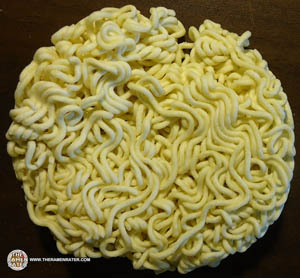 These noodles are of a wide gauge and mention on Nongshim America’s website says there’s 12% more of them than in other varieties of theirs. 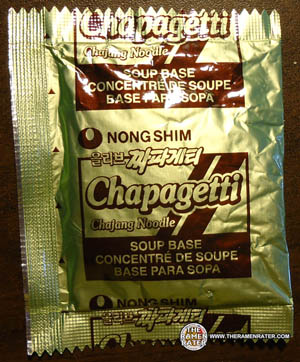 Here’s the stuff that makes the sauce. 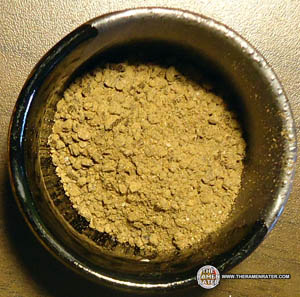 Different than most of the seasonings I’ve seen – this is very granular. 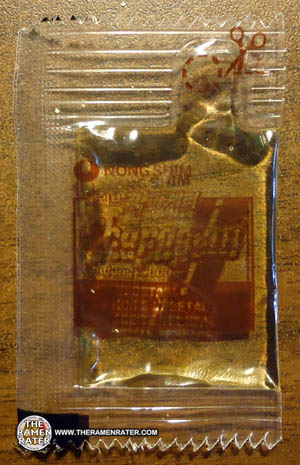 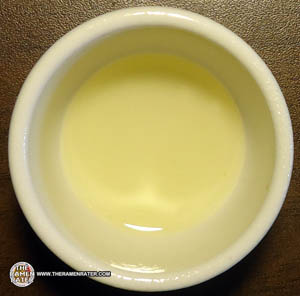 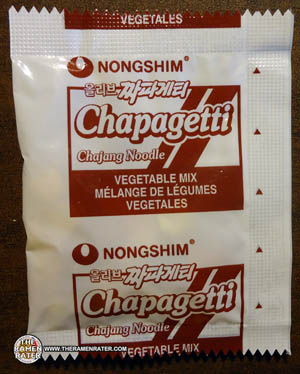 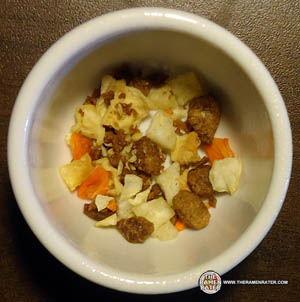 An interesting looks little mixture! I looked in the ingredients and as it turns out, there’s potato and pork in here! 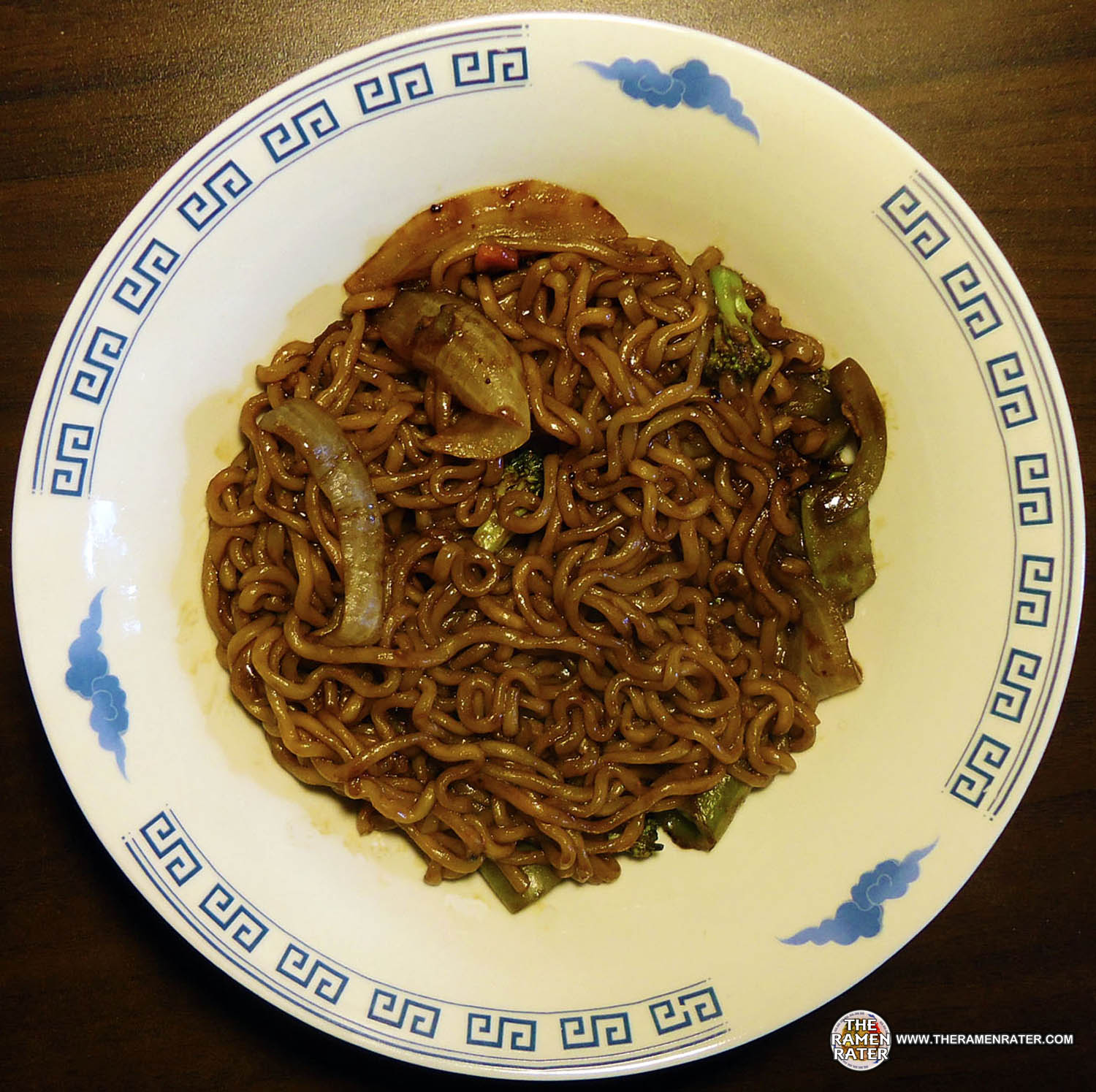 Finished (click image to enlarge). Added some veggies. I distictly remember this being very dry the last time I had this and dry isn’t something that comes to mind here. The noodles are nice and thick and the sauce coats them nicely. The sauce is rich; nice black bean flavor. The veggies and TVP are great – the pork bits especially were enjoyable with a nice bit of chewy freshness. This was good – something I’d eat again. 4.0 our of 5.0 stars! UPC bar code 031146155736 – get it here.