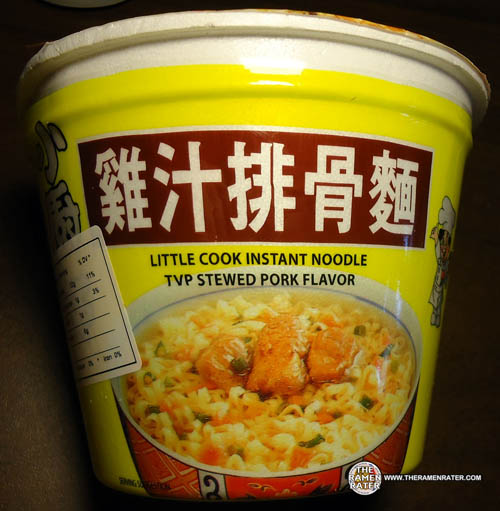 Here’s another one that was sent in by Michelle L. of New York, New York – thanks again! TVP? What’s TVP? Well, I’ve had it quite a few times before. TVP stands for ‘textured vegetable protein’ and is basically fake meat. Usually you couldn’t get pork in a packet coming from Thailand into the states – fake pork on the other hand is doable.

The distributor’s label with nutrition facts. 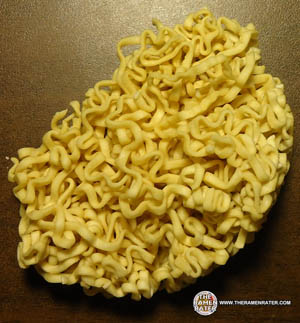 Part of the noodle block. 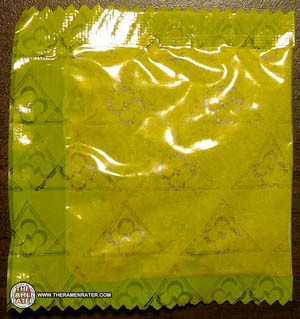 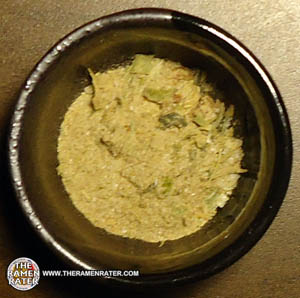 Powdered seasoning with what look to be bits of vegetables strewn in there. 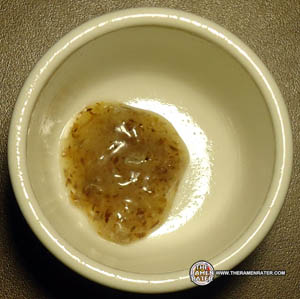 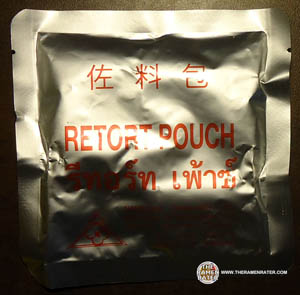 In this big metallic packet is the textured vegetable protein. 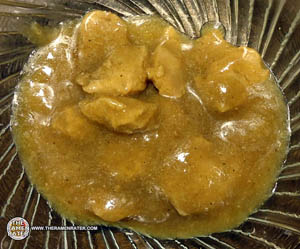 I know, but you put ANYTHING in a clear bowl like this and it looks like cat food. It actually smells quite nice. 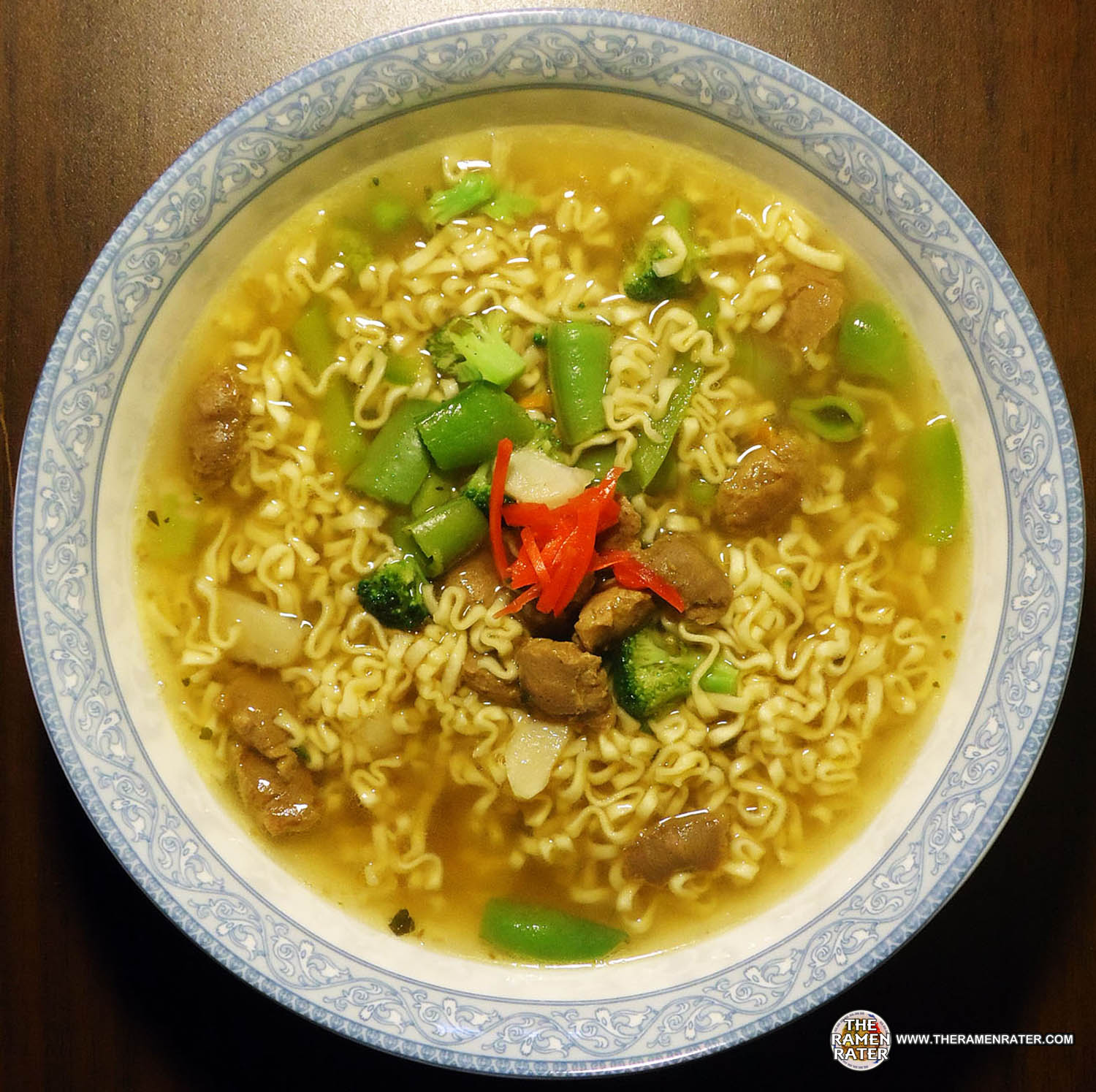 Finished (click image to enlarge). Added some mixed veggies and a little kizami shoga (pickled ginger). The noodles are interesting; the word bulbous comes to mind. They’re a little wider with an interestingly puckered texture. Different and good. The broth has a nice pork taste and is reminiscent of a duck flavored instant I had before. The textured vegetable protein chunks are abundant and not too shabby, although they have a little more sponginess than I expected. Again, the duck I had before was closer to a real piece of meat than this was. All in all, not bad – quite a big bowl of noodles for a $1.59 cup! I liked it. 3.5 out of 5.0 stars. UPC bar code 4710249000841 .