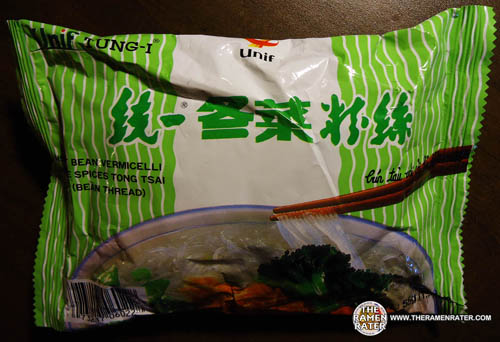 I have absolutely no idea about this one. First off, it’s been quite a while since I’ve had a Unif Tung-I pack. Second, I usually don’t like bean thread. Third, Tong Tsai? What’s that? Well, I’m not sure. 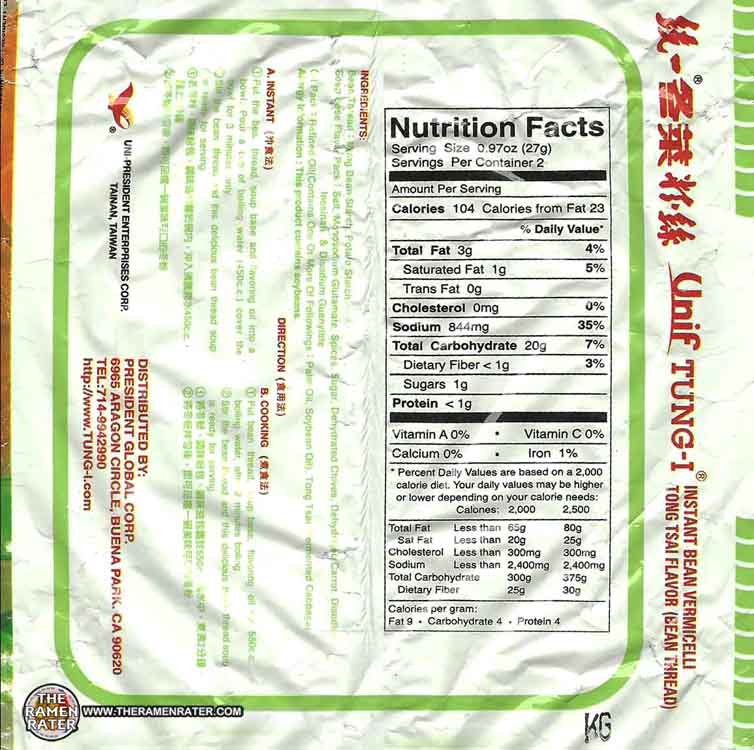 Here’s the back of the packaging. Click to enlarge.

Here’s the block of bean thread. 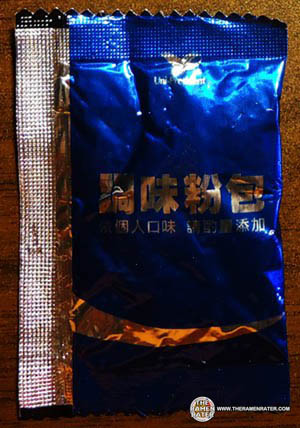 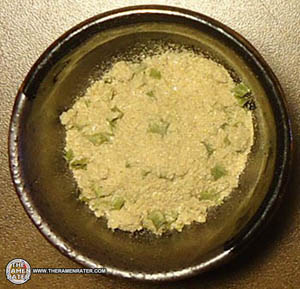 Looks like there are bits in there. Upon a little taste I get sweet, salty, onion? Garlic? 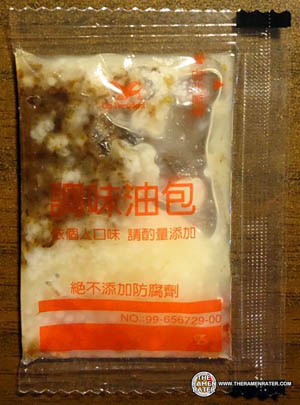 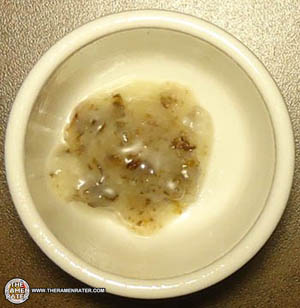 Looks good and weird. I have somewhat high hopes of this being an interesting one. 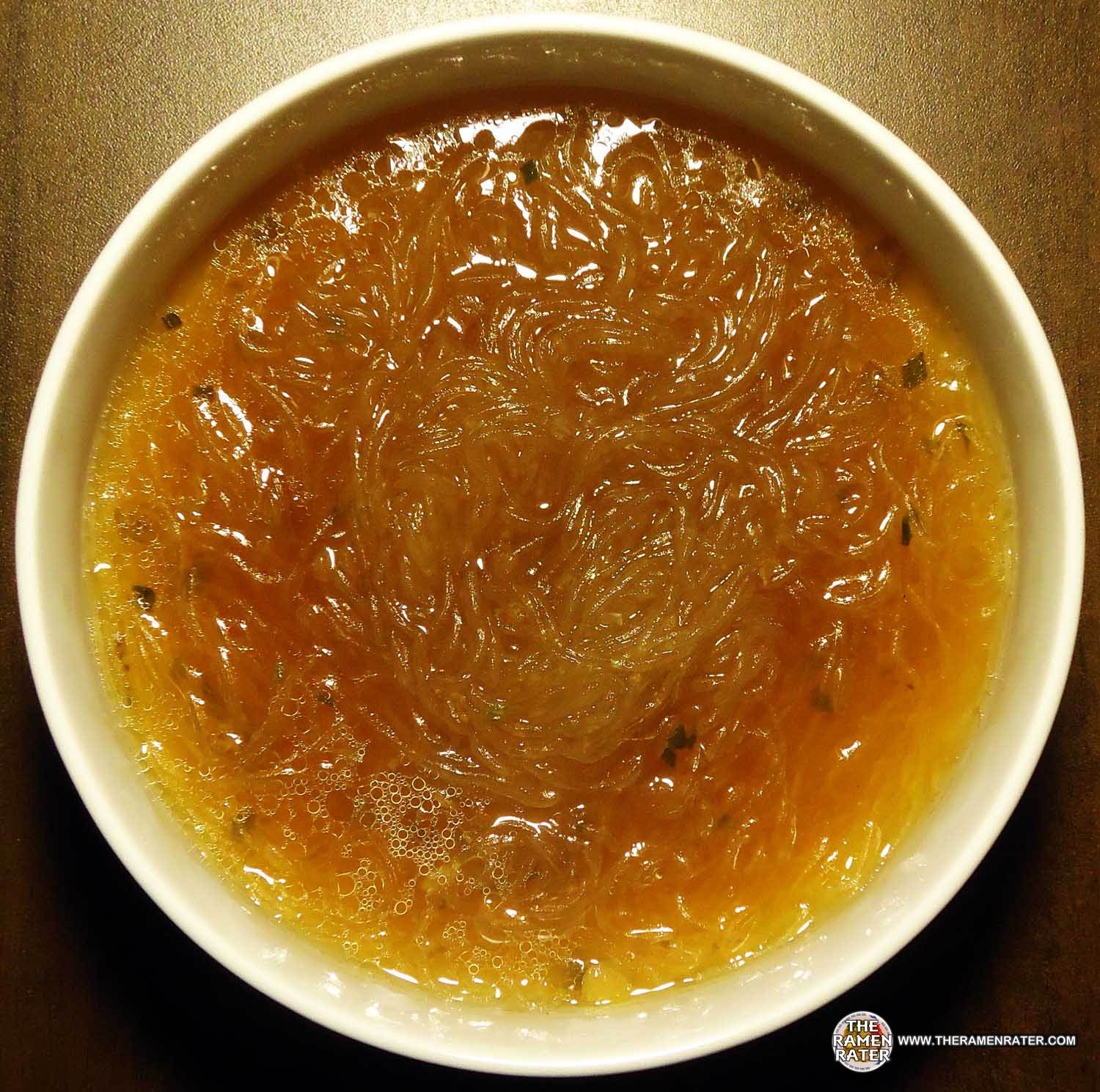 Finished (click image to enlarge). Look rather art-like with the curves toward the top and little bubbles towards the bottom. The noodles are thin and funky as bean thread usually is. It is also really long and hard to break off with your lips. I went the kitchen scissor route and cut them. Much easier to eat that way! The broth is salty and kind of greasy with hints of garlic, onion, maybe shallots too. I am surprised; I liked this one and actually ate all of it! 3.5 out of 5.0 stars – fascinating! UPC bar code 073217060228 – get it here.

If my kid did this, they’d be grounded. Period. Also, it’s ramen – rah-men.