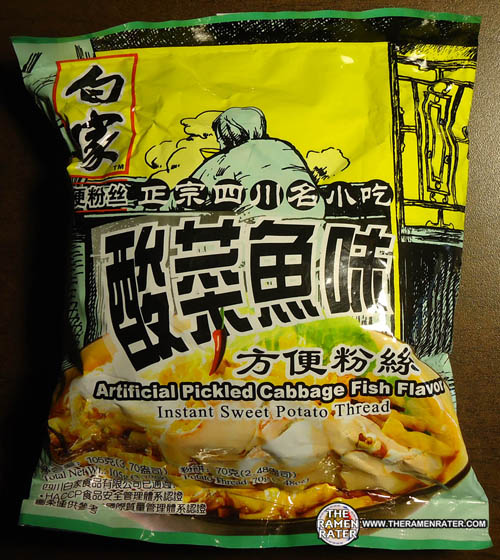 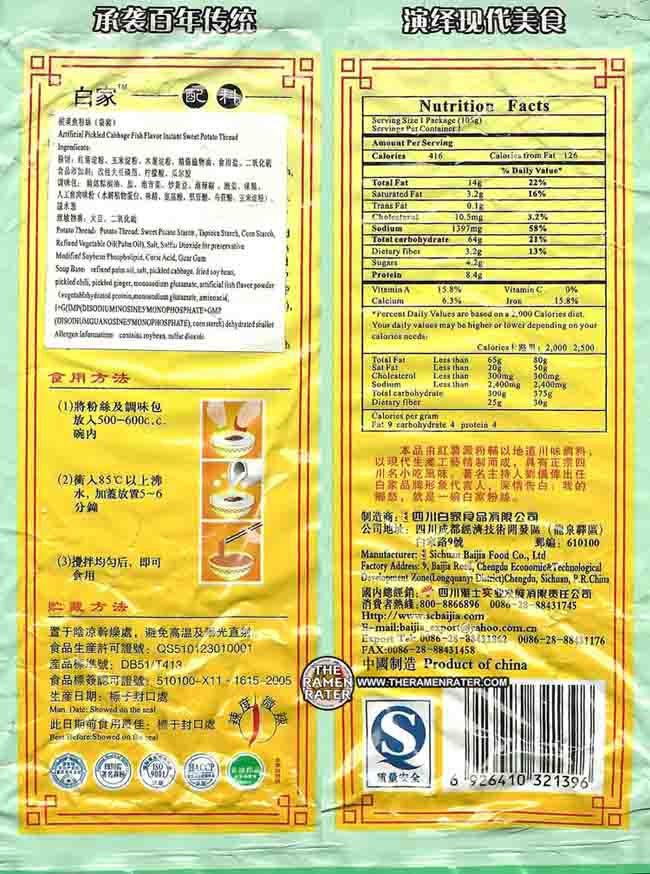 Here’s the back of the package – click to enlarge. 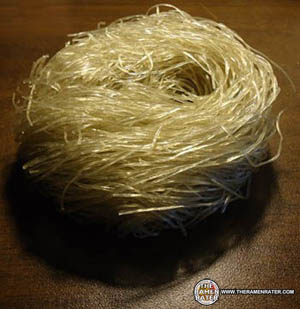 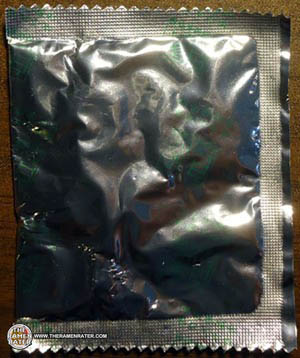 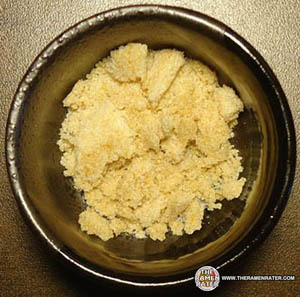 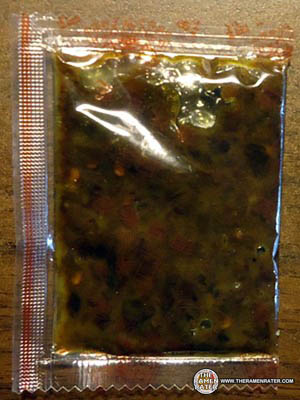 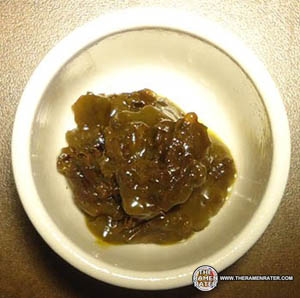 These usually look gross but are very good. 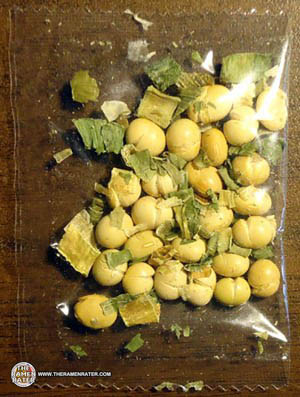 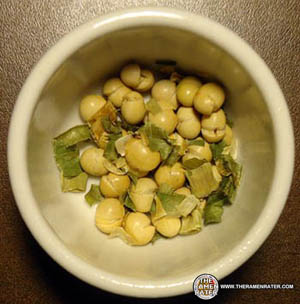 Lots of these little bean-like bits. 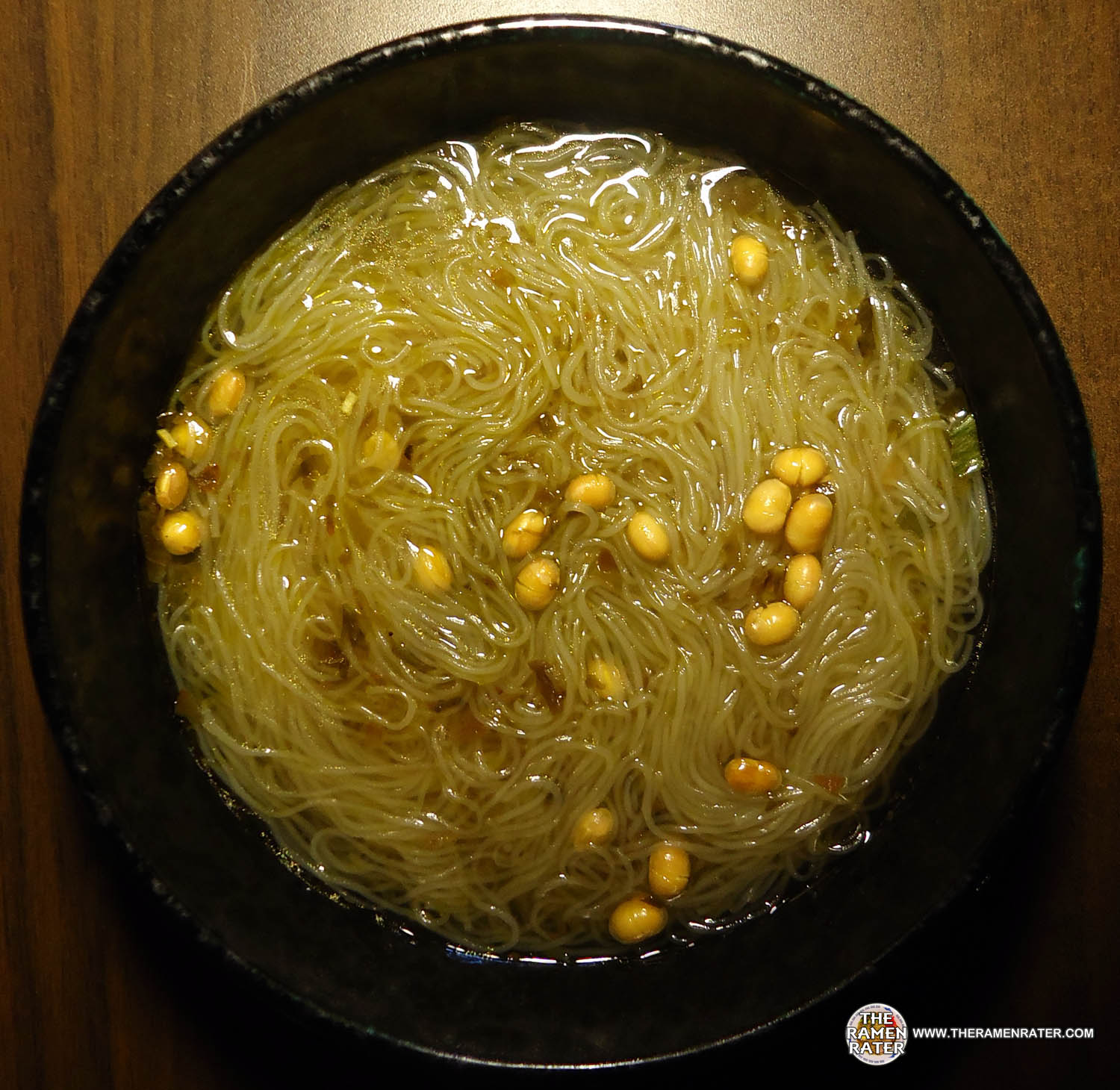 Finished (click image to enlarge). The noodles soaked up most of the liquid and really I must say there is a huge amount of them. The noodles are a little hard to eat; maybe using scissors to cut them before the meal would be helpful as in the way naengmyon is served in Korea. The noodles are thin and don’t separate very well. They aren’t slimy but have a gelatinous texture. They are easily broken by pursing the lips. The broth (what was left after the engorging by the noodles) was interesting,. First, very spicy and has a black pepper taste. Also has an almost vinegary acidity that almost acts like a component of the spiciness. The veggies are disappointing as they don’t really re-hydrate as one would expect. I must say this is a lot better than I expected, but I still definitely cannot eat the the whole thing by any stretch of the imagination. It’s very salty and very heavy. I would say that one of these packs could easily feed two people – kind of has that ‘stick to your ribsy’ kind of way to it like rice and beans in its fillingness. So far, probably the best Baijia I’ve had. 2.75 out of 5.0 stars. UPC bar code 6926410321396 – get it here.