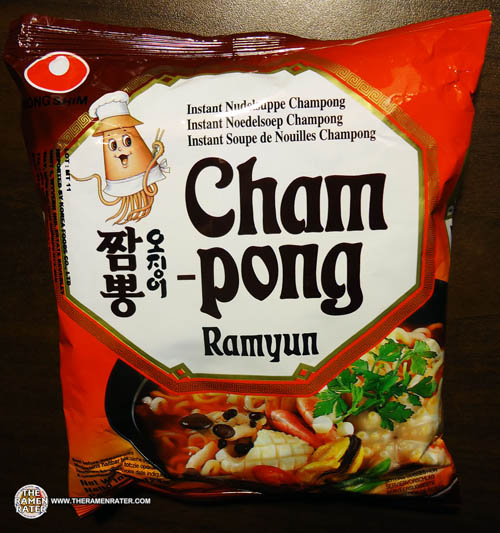 This is a re-review – the last time I had this was probably in 2003 – when it was review #21. For some reason, I thought that it (Neoguri as well) had octopus in it. Clearly, that’s a squid holding chopstick and wearing clothing. I should note that these days, I know that’s a squid – and that squids don’t wear clothing. Moving on… 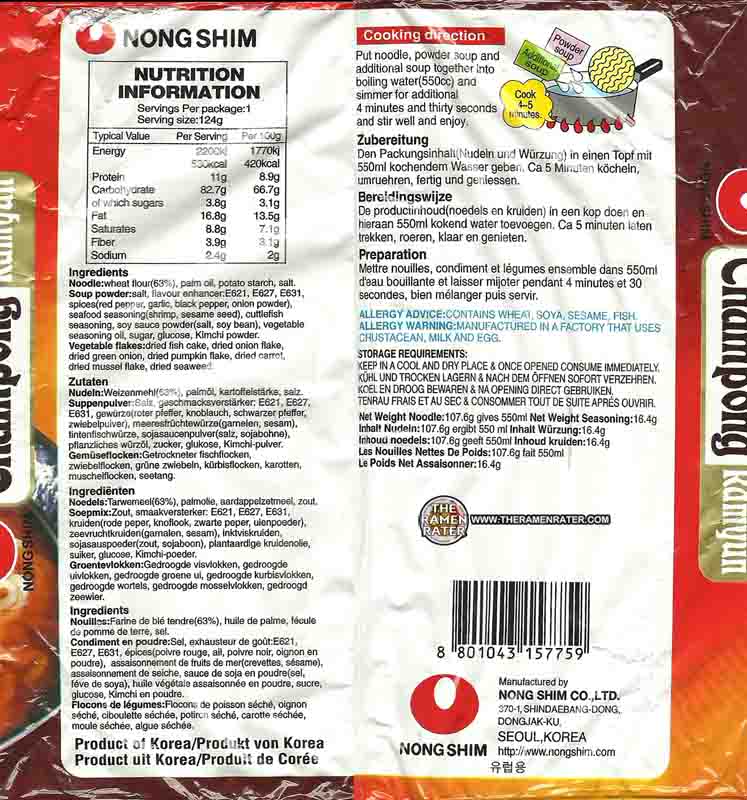 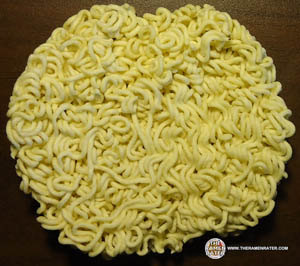 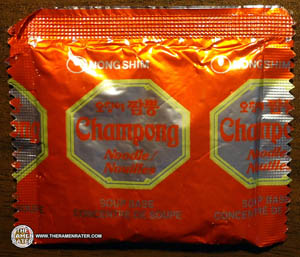 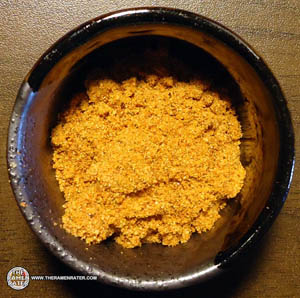 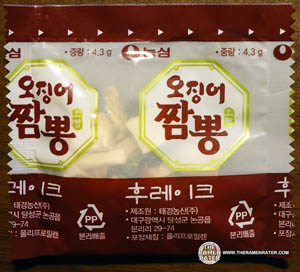 The veggie and seafood packet. 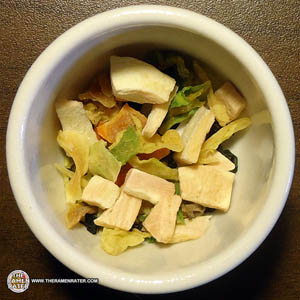 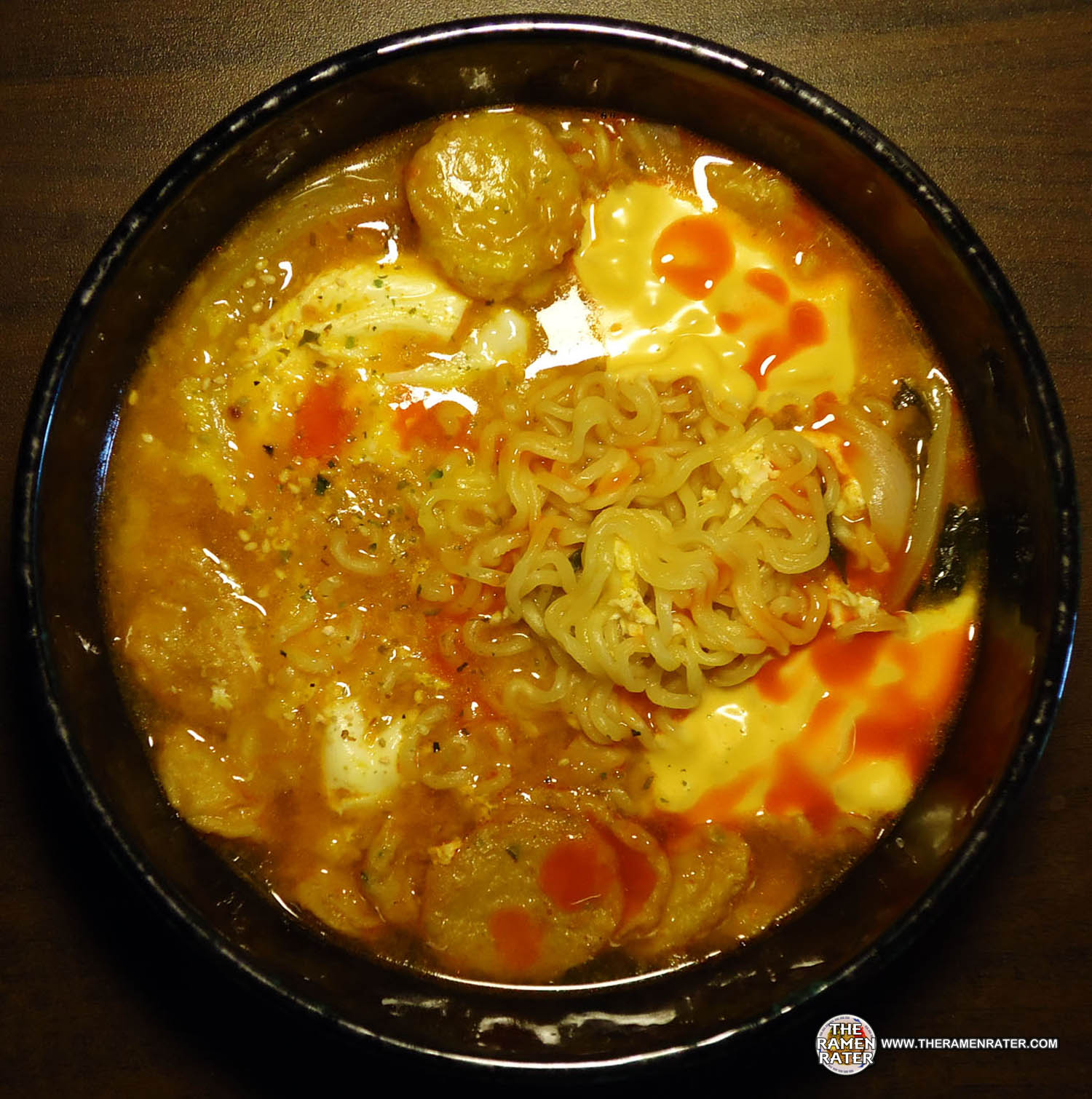 Finished (click image to enlarge). Added some onion, odeng, an egg, some processed cheese, some splashes of Tabasco Buffalo Style hot sauce and a little bit of Ajishima Kimchi Furikake. The noodles are nice and wide – they sucked up the broth very nicely and are slightly chewier than the last few Nongshim varieties I’ve had. The broth is great – very very spicy and has a kind of seafood tomato soup kind of sense to it. Very good! The veggies / fish components aren’t bad – all in all a great pack of noodles! 4.0 out of 5.0 stars! UPC bar code 8801043157759 .