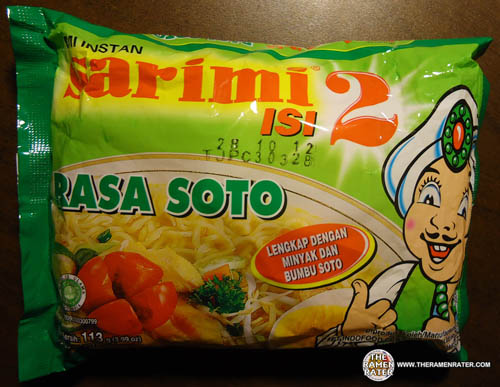 Here’s another one sent by my friend in Indonesia! Soto I’ve had before has had a very nice lime flavor to it I very much enjoyed. Curious if this one will be the same. Let’s see! 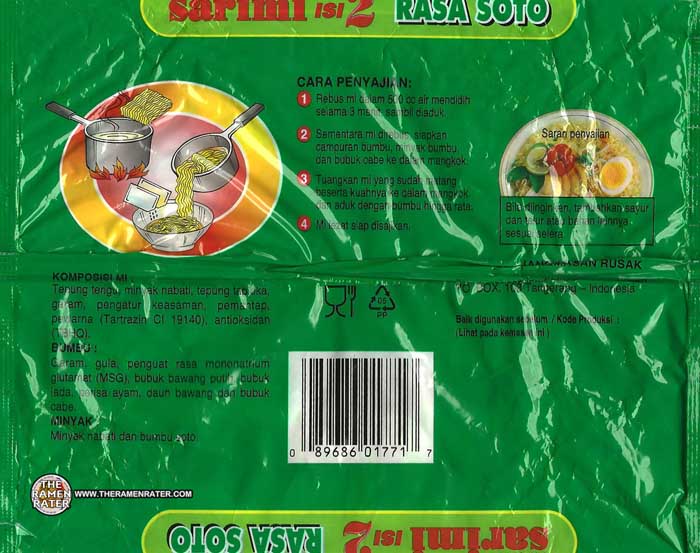 The back of the packaging (click image to enlarge). 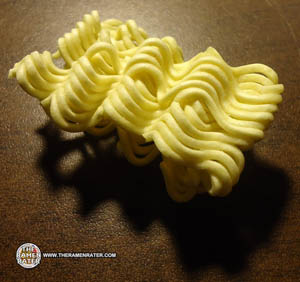 A piece of the noodle block. 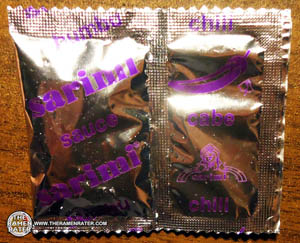 Dry seasonings: base on the left and chili powder on the right. 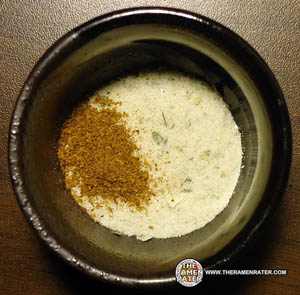 Base with chili powder atop. 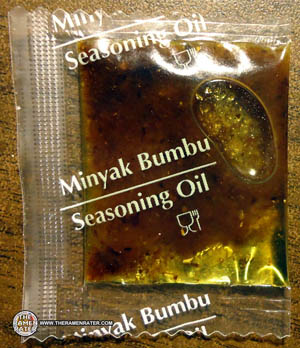 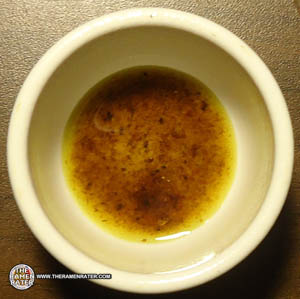 Dark and a little murky! 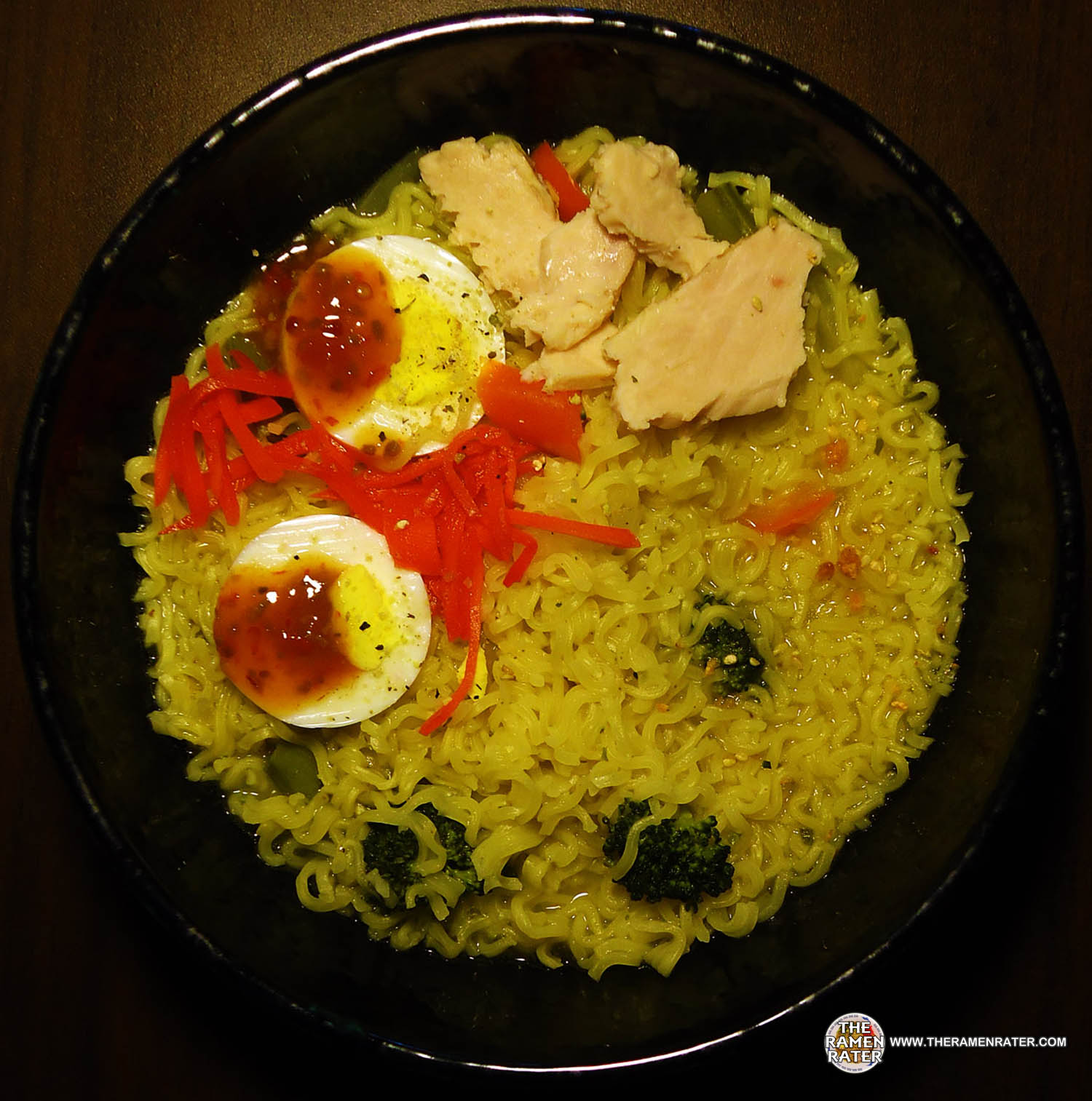 Finished (click image to enlarge). Added a hard-boiled egg, some veggies, some roasted chicken, a little Ajishima Kimchi furikake, some kizami shoga (pickled ginger), some Melinda’s Garlic Habanero hot sauce and a pinch of Krazy Mixed Up Salt. Okay so the noodles were a little banged up during the voyage from Indonesia, but they’re still pretty good – Fluffy noodles. The broth has that nice salty and tasty lime taste that I’ve found in other Soto varieties. Good stuff! 3.5 out of 5.0 stars. UPC bar code 089686017717 .