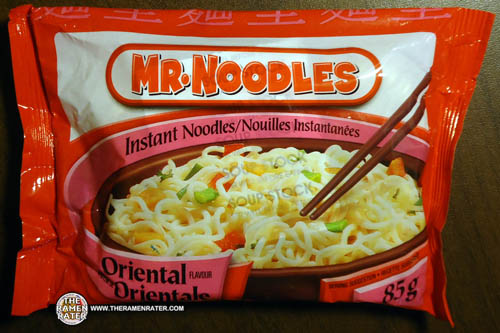 How awesome – Canadian instant noodles! Thanks go to Mark K. and Erika L. for getting these to me! I asked my wife to pick which one to try first – she said with a resounding note of certainty, “Oriental.” Indeed, it shall be the first one of these I sample. 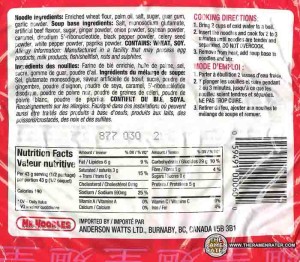 Interesting – they’re imported into Canada, but from where? I’ve been told these are sold at Canadian Wal-Mart stores. Click image to enlarge. 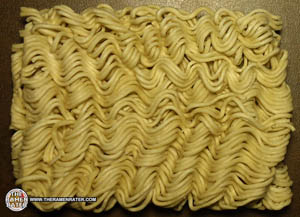 Looks like your standard instant noodle block. The noodles are crunchy and a little rich. 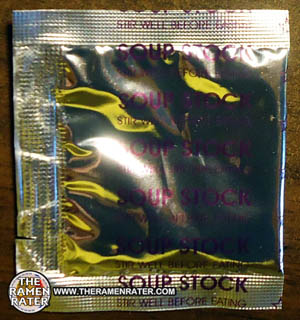 Sigh – a lonely single packet of seasoning. The other side says the same but in French. 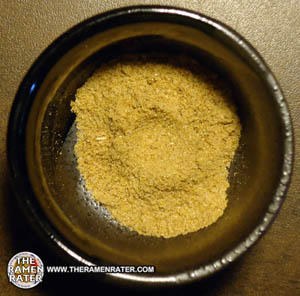 The seasoning. It actually has a nice flavor to it – soy and sweet and salty. 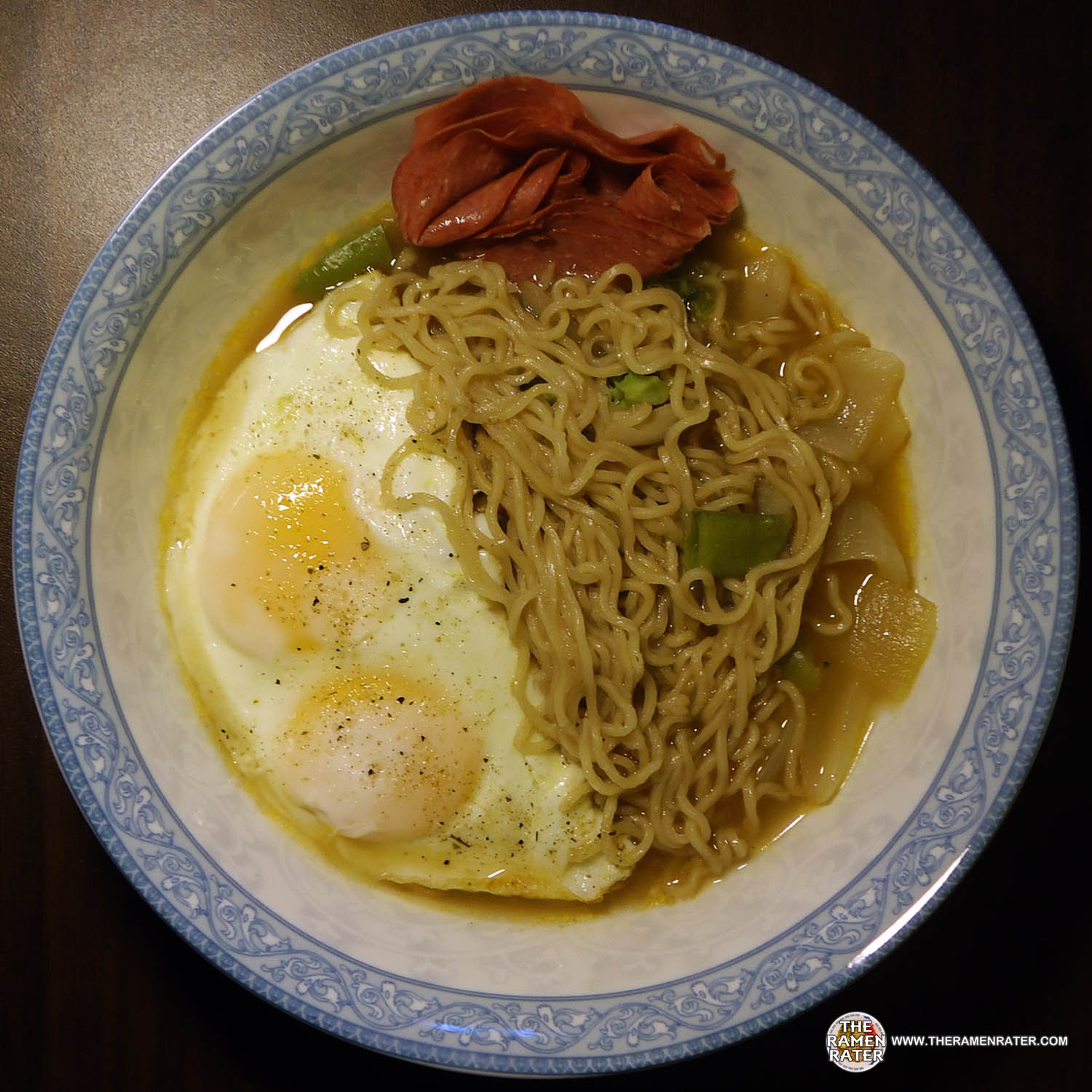 Finished (click image to enlarge). Added some veggies, some beef lunch meat and a couple fried eggs with some Krazy Mixed Up Salt on ’em. This is not what I expected; I would say this is a cross between Top Ramen and Pot Noodle. The noodles are a trip – they’re almost covered in a layer of sticky gluten, maybe more slimy than sticky. The broth is a trip – it’s not overly salty and has a really light flavor. This really is a Top Ramen meets Pot Noodle collision; kind of bland with saucy noodles. It’s interesting, that’s for sure – how weird! All said and done, they’re not bad but certainly not great. I give this one 2.75 out of 5.0 stars – could’ve used more flavor and more backbone on the noodle. UPC bar code 059491000600 .

These guys came to mind as soon as I heard of this brand.