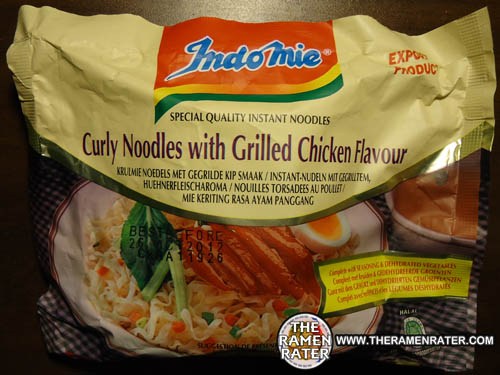 I’m going to go out on a limb here. I would say that if I were held down and demanded to answer the question “what is your favorite instant noodle of all time” that I would probably say it was this one. I would also say the Special Fried Curly Noodle that tops the Top Ten Instant Noodles Of All Time list; they’re both equally amazing and awesome. What I can’t believe is that I haven’t had it since review #51! That’s ANCIENT! I used to eat this one all the time. 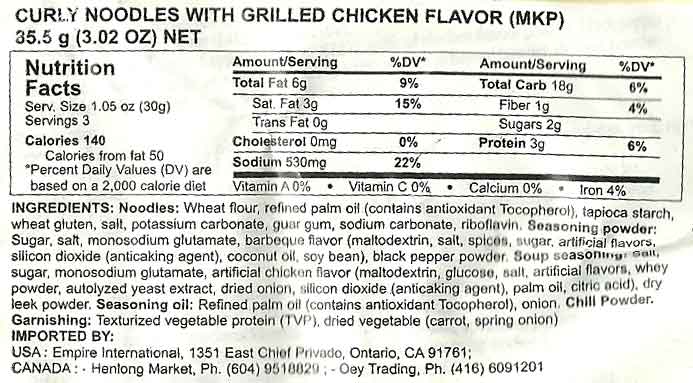 Here’s the sticker the distributor puts on (click to enlarge). 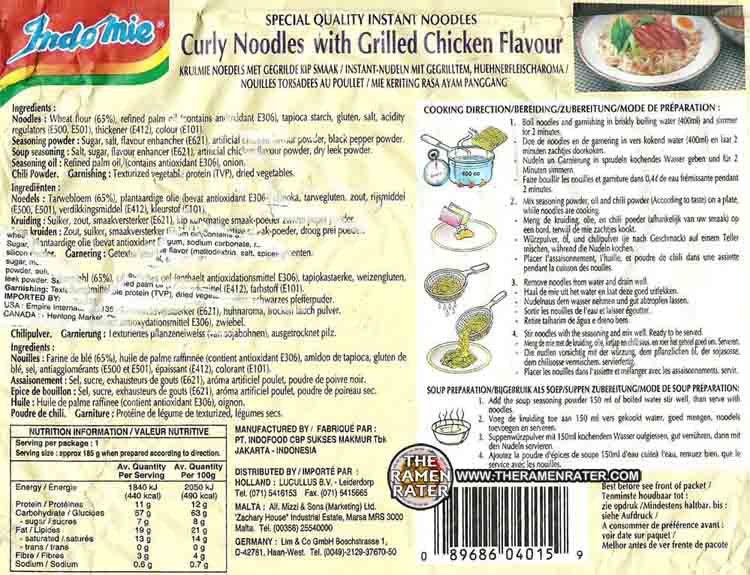 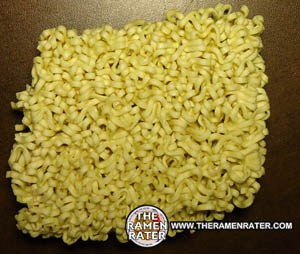 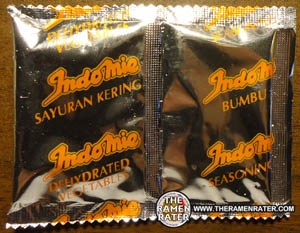 Dehydrated veggies on the left, seasoning powder on the right. 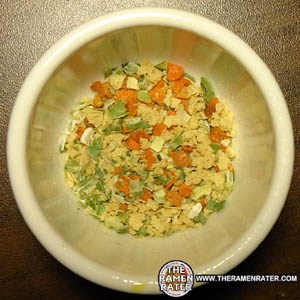 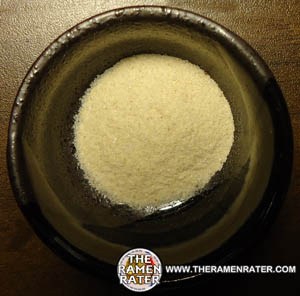 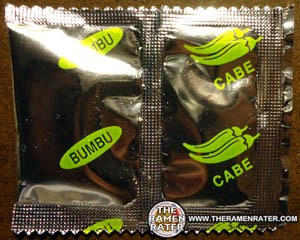 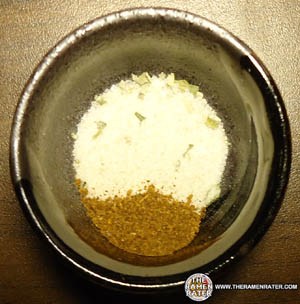 So if you look at the directions on the pack, you’ll notice below there’s a mention of soup. With this stuff, you make the noodles like regular Mi Goreng but there’s also a soup you add at the end. 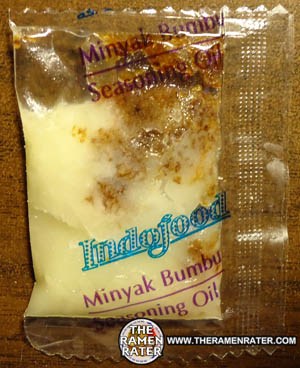 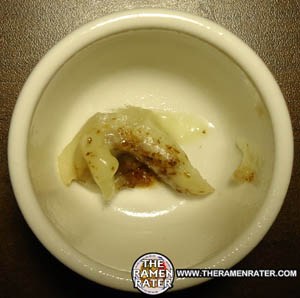 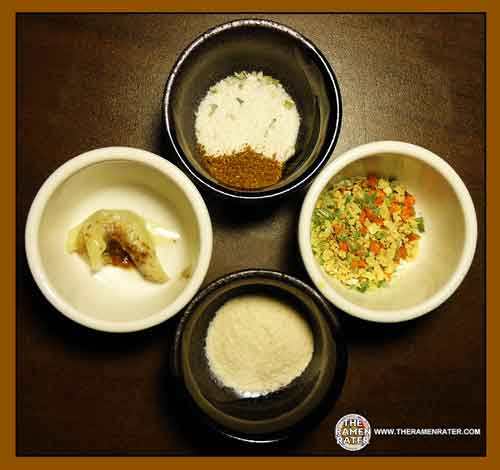 Here’s a littler family portrait of all the seasonings together. 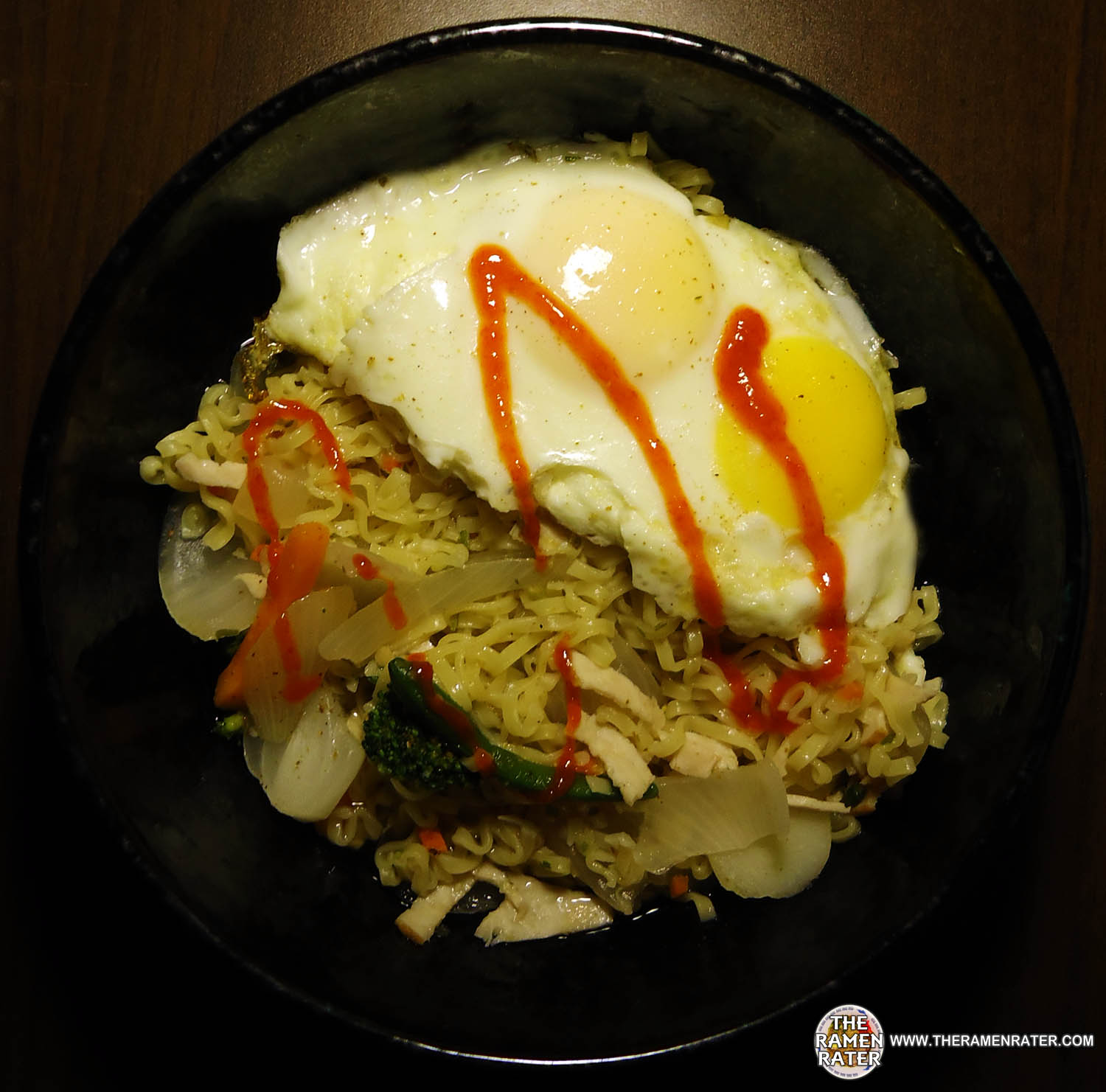 Finished (click to enlarge). Added sweet onion, stir fry veggies, turkey breast, fried egg and Dua Belibis chili sauce. The noodles are great – flat and broader than your standard Indomie noodles. Yes – they’re curly as well! The flavor is sweet and spicy with a little chick flavor. The broth adds another facet as the noodles aren’t dry but have a nice small amount of broth. Excellent – pure wonderful! 5.0 out of 5.0 stars.UPC bar code 089686040159 – find it here.