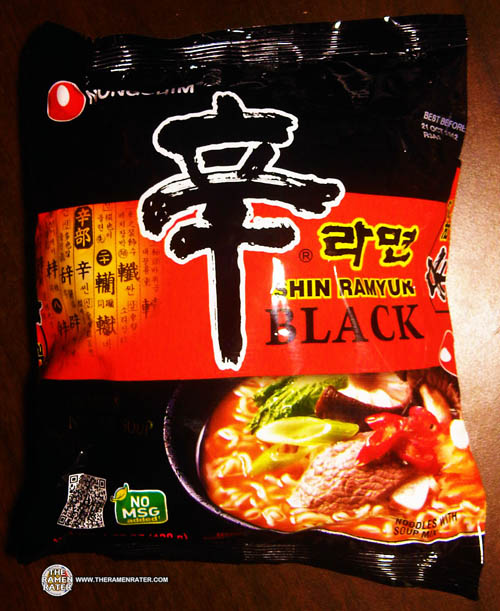 So this guy named Dave P. posted a YouTube video on the Ramen Rater Facebook page showing some people in Korea making a bowl of Shin Ramyun a little different that I’ve made it in the past. I thought I’d try to get the ingredients and give it a try. Here’s the video:

Anyways, I had a pack of Shin Ramyun Black I got at Uwajimaya in Seattle and though ‘hey, let’s give it a try!’ Here we go. 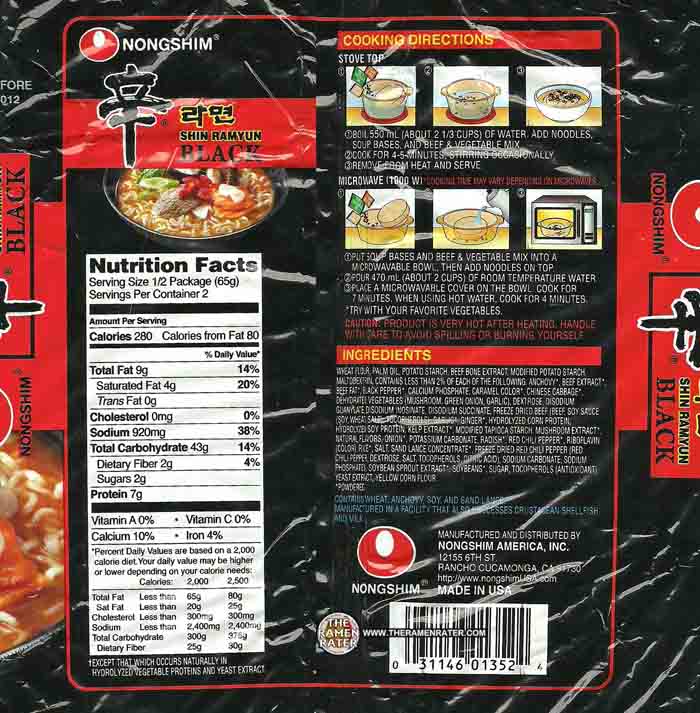 Here’s the back of the package (click image to enlarge). This was from the original review.

First, the noodle block. Round! Fits great in the pot! Very thick too – lots of nice Nong Shim noodles! 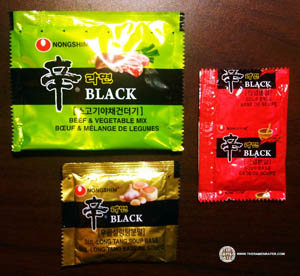 The three magic packets: the big green one has veggies and nice little beef bits. The red is the spicy soup base and the bottom one is the very nice smelling pack! Very onionny. 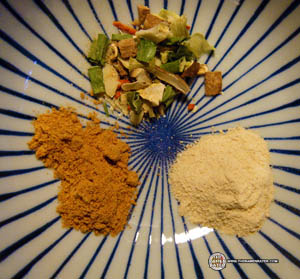 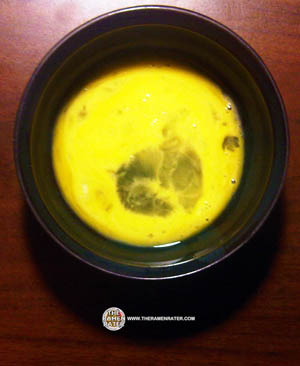 Unfortunately, I wasn’t able to find the odeng. I went with the fact that this is Shin Ramyun Black had the extra word ‘Black’ in it and considered that a replacement ingredient. Really wish I would’ve found it [email protected] Next time. Here’s the might frothed egg. 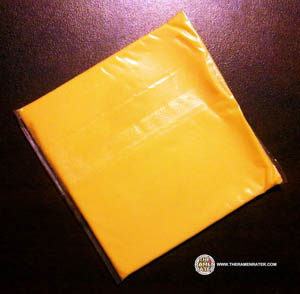 Finally, the slice of processed cheese. This is a slice of Kraft Singles American Pasteurized Cheese. I wonder if the cheese in Korea was Korean cheese? Interested to know. 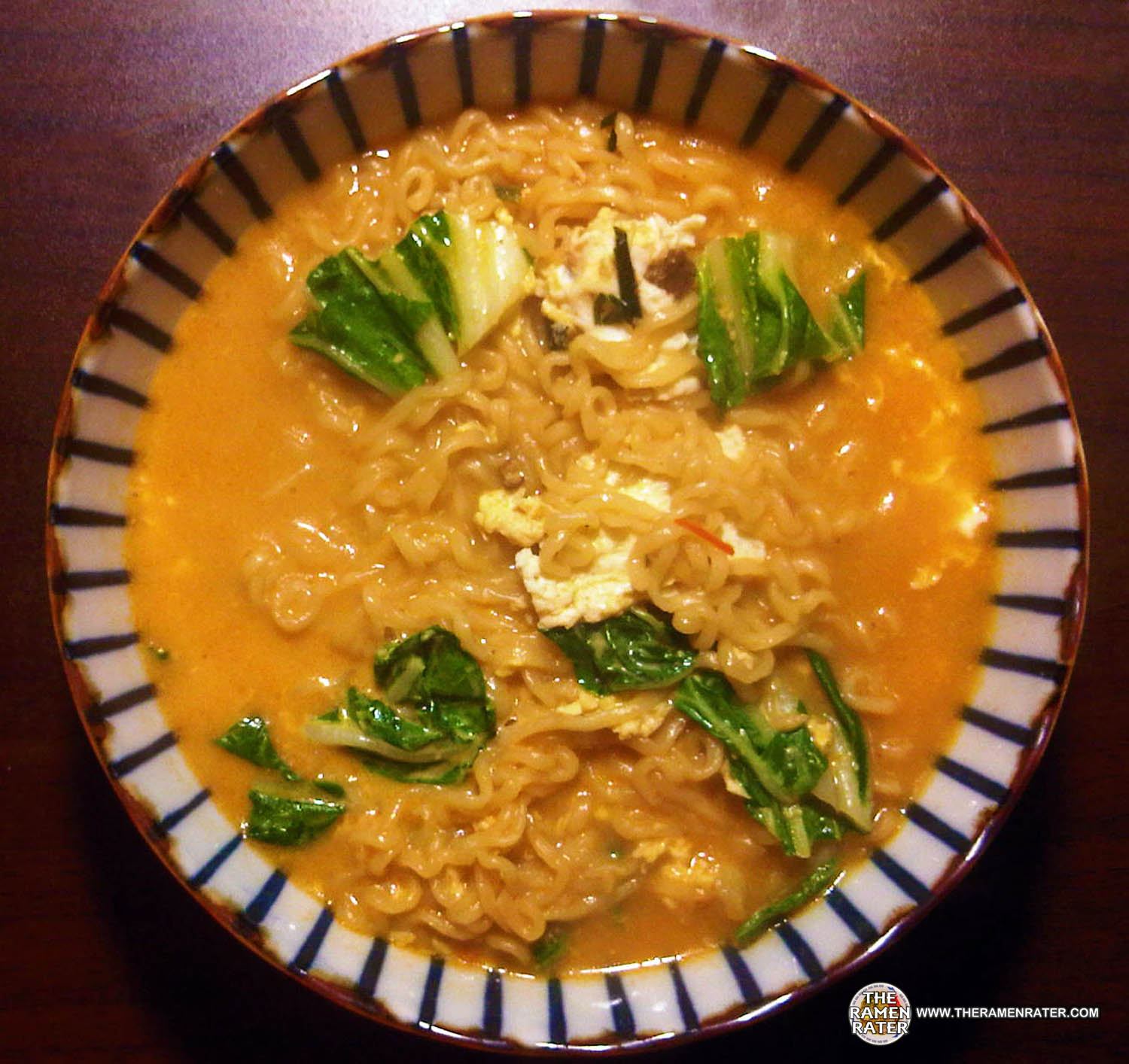 Finished (click image to enlarge). This was really good – as for the noodles, here’s what I posted in the original review:

The noodles are of a good quality. They are chewy but not overly so. There is also a happy aundance of noodles, making for a decent sized meal. The broth is fine –  nice spiciness that you would expect from Shin Ramyun but it has an added depth and richness. I taste a lot of onion, garlic and meaty tones. As for the veggies and beef, I think that’s where this bowl shines. The beef is excellent – like little pieces of steak amongst the noodles – chewy and they taste fresh and good. The vegetables re-hydrate very nicely – and they aren’t tiny little bits! They’re of a decent size and of good quality. Long story short, I would happily say that this is one of the better South Korean instant noodles I’ve tried, possibly ranking up in the top two or three. I will say I like it better than the original Nong Shim Shin Ramyun as well. I’m giving this one 4.75 out of 5.0 stars. Why not 5.0 stars? Well, I would have liked a little more of the beef!

Adding the extra ingredients and using the EatYourKimchi.com recipe, I’d jump it up to 5.0 out of 5.0 stars – the egg was nice but the bok choy and surprisingly the cheese really round things out and make it even better! The cheese makes the broth a little heartier. The UPC barcode is 031146013524 and you can get it here. Thanks for the post to Simon and Marina at EatYourKimchi.com! Very good stuff!

Then it totally started dumping snow as soon as I finished the noodles!