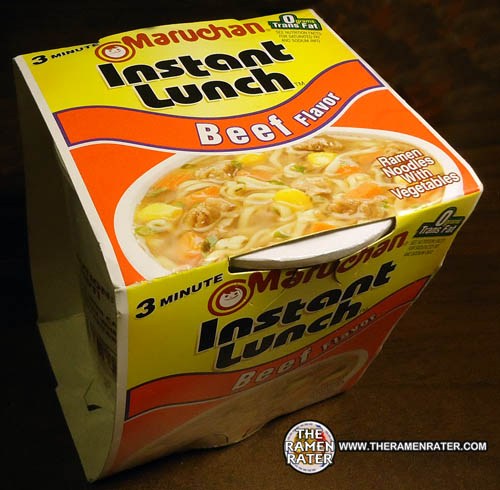 Instantaneous Lunch? Nope – three minutes. But if you’re too impatient for that, I suppose one could eat it raw. I prefer the cooked version myself! 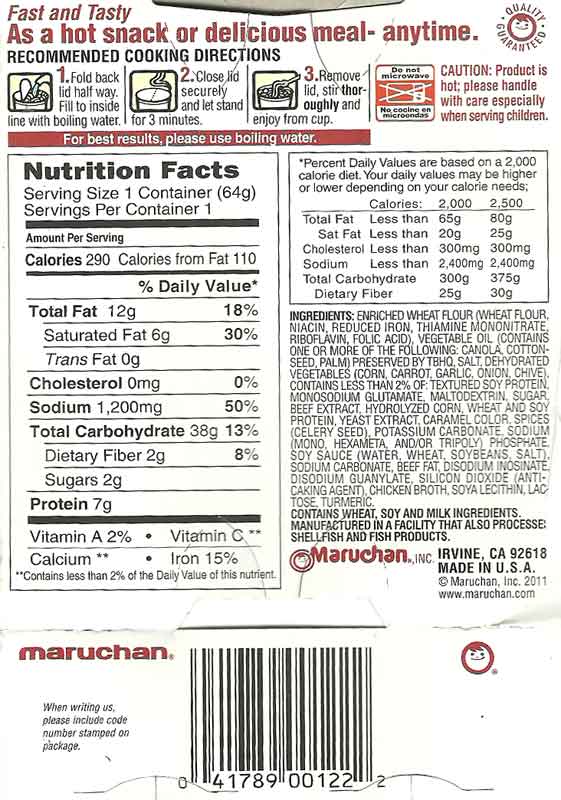 The information panel from the cardboard outer (click to enlarge). 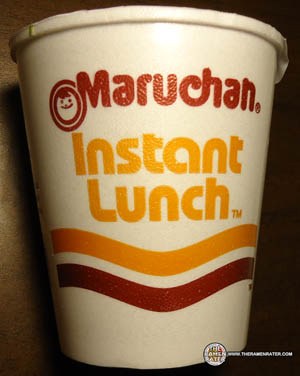 The iconic cup itself. 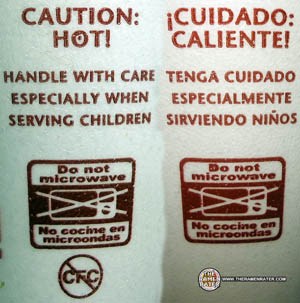 So I wrote an article about how one shouldn’t blame the cup when spilling their noodles. Here’s the article and in the image above you can clearly see you’ve been warned – don’t microwave it and watch out for the ninos! 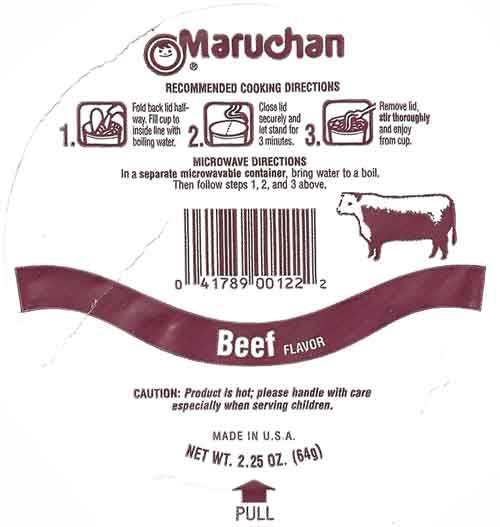 The lid on the cup (click image to enlarge). Notice it tells you to heat water in a seperate container in the microwave – don’t put the whole thing in there. 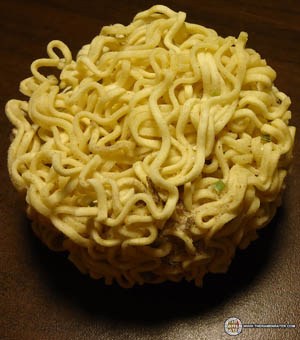 The noodle block. The seasoning is infused – note the powder on the noodles. 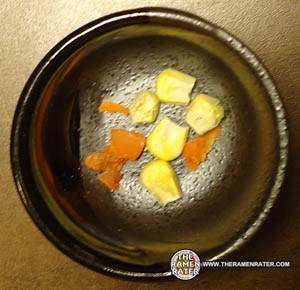 A scant few of the veggies – there were more in the bottom of the cup. 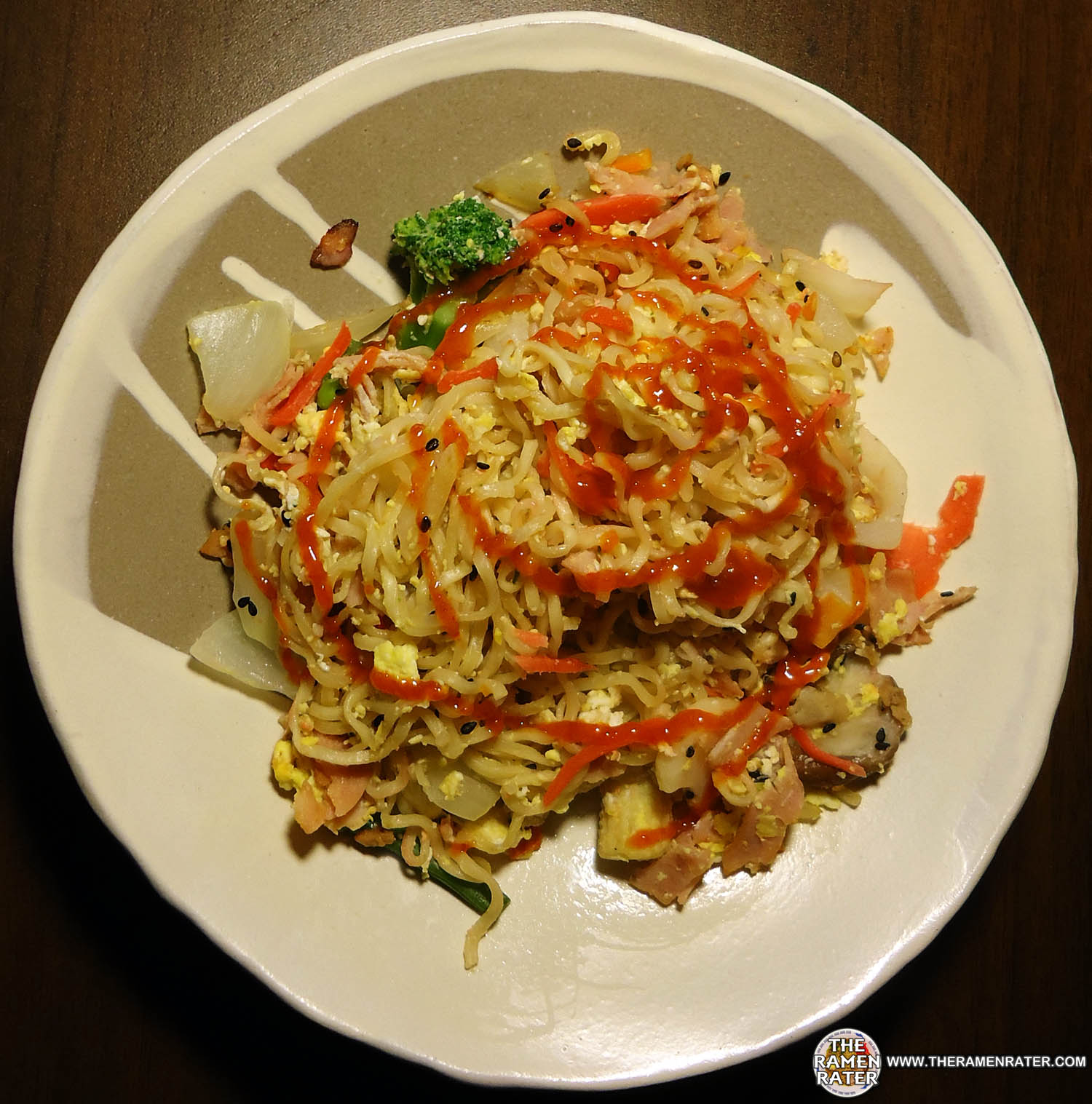 Finished (Click image to enlarge). Added fresh sweet onion, stir-fry veggies, thinly sliced ham, one egg, kizami shoga (pickled ginger), Urashima Sesame & Salt furikake. Cooked the noodles as specified, sampled, fried everything in a pan. Added Dua Belibis Indonesian chili sauce at the end. The noodles aren’t bad – about what you would expect from a cup of noodles. I’ve had much better, but I’ve had many that don’t come close to this one’s quality. The beef flavoring is pretty good – tasty. The veggies hydrated well; most notably the corn was good. A nice cup of noodles! 3.5 out of 5.0 stars. UPC bar code 041789001222 – get it here.

Hunting down a small child with some noodles – works every time!