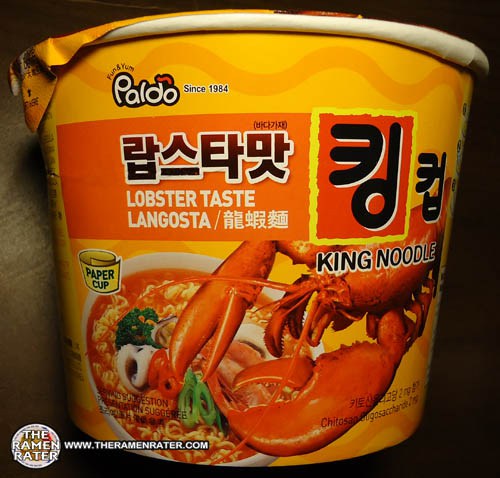 Last night, Obama got re-elected as the President, and here in Washington state, same-sex marriage was approved – as was the recreational use of marijuana. Quite an evening! Anyways, was fun watching the political process wind up and come to a close for this cycle. Now, on to the urgent task of noodle reviewing!  The last time I reviewed this one was back in February of ’11 and was #287 (link). I forgot how awesome the picture on this one – I love how it says ‘serving suggestion.’ It makes me think that this is one enormous king of the lobsters that wants you to serve it these self-flavored noodles! Roarrr!!! On a side note, if you look at the lower right hand side of the cup, you can see it says “Chitosan Oligosaccaride 2 mg.” What the heck is that?!?! What I got out of this Wikipedia article is that this is something that comes from the exoskeletons of crustaceans. It got me thinking – Chitosan… ChitoSlim? I remember commercials for ChitoSlim, a weight lossupplement. I found it and lo and behold it contains 1000 mg of Chitosan. I figure it’s basically like a super-fiber. Anyways, let’s continue. 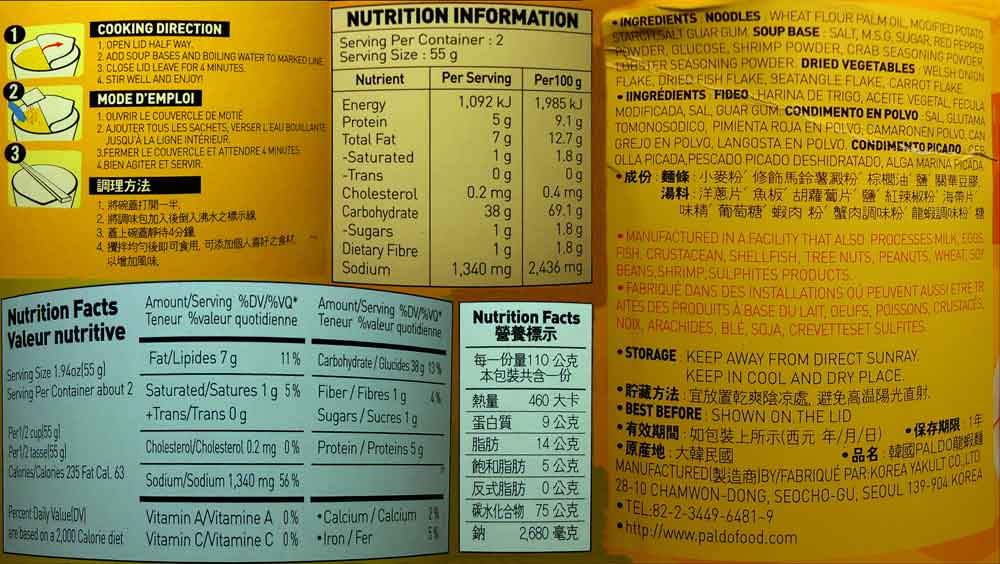 The side panels (click to enlarge). Enjoy them – this took awhile! 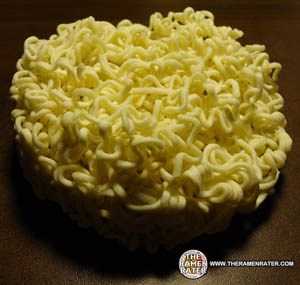 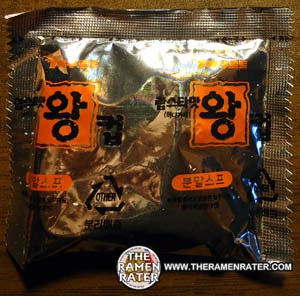 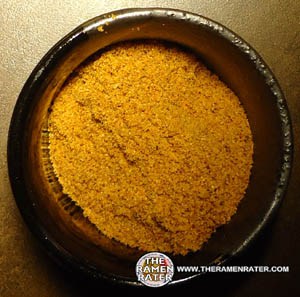 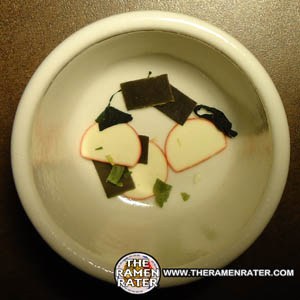 Here’s just a few bits from the mix at the bottom of the cup. Kamaboko and seaweed. 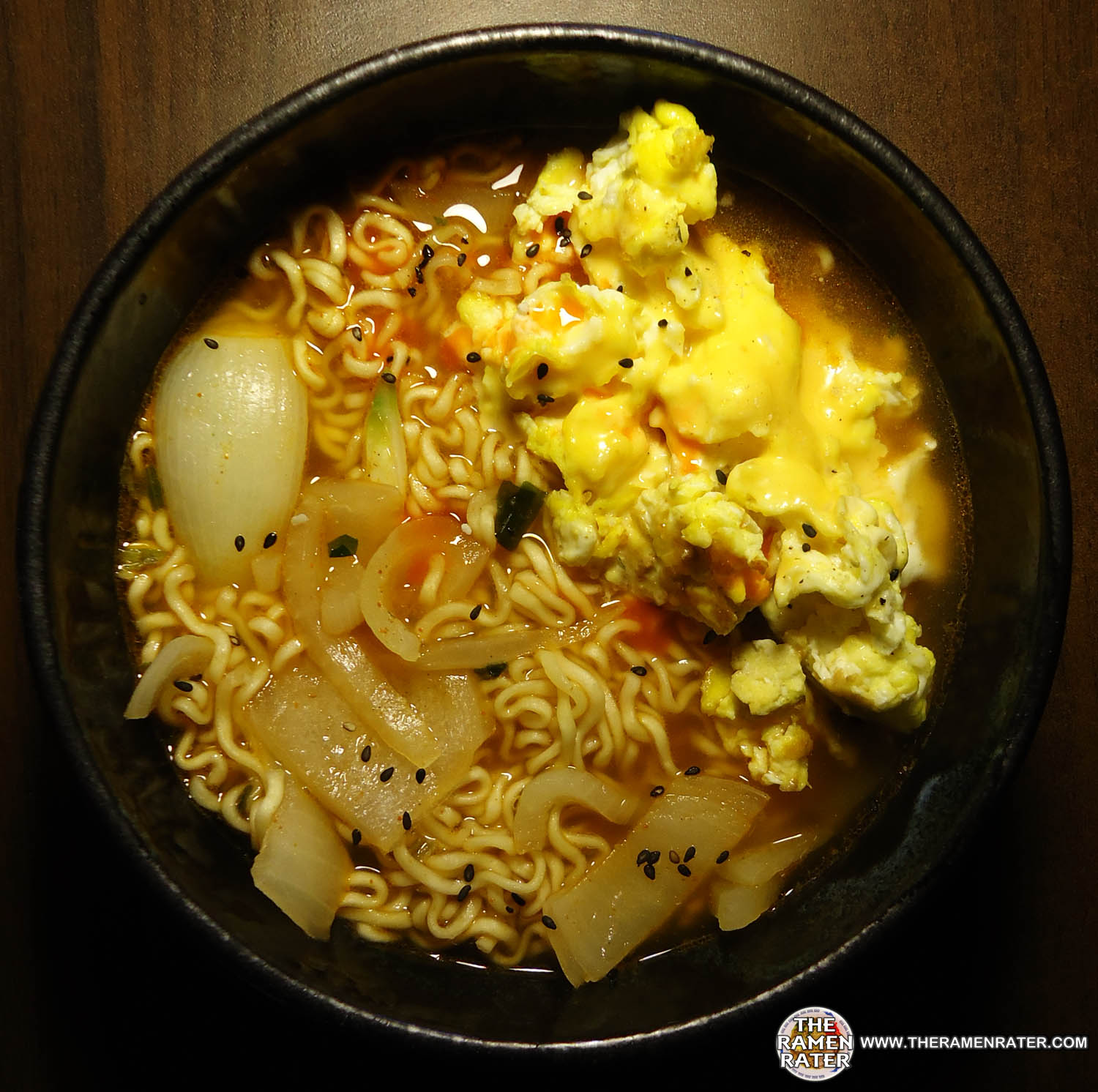 Finished (click image to enlarge). Added sweet onions, two scrambled eggs with Tabasco Jalapeno sauce and topped with processed cheese and a little Krazy Mixed Up Salt, Texas Pete hot sauce and Urashima Sesame & Salt furikake. The noodles are nice – not mushy, but they kind of come together when chewed. Kind of hard to explain; not a negative either. The broth is nice – tasty and a little spicy. The little bit of veggies and kamaboko were good too. I liked it! 3.75 out of 5.0 stars. UPC bar code 648436100279 – get it here.