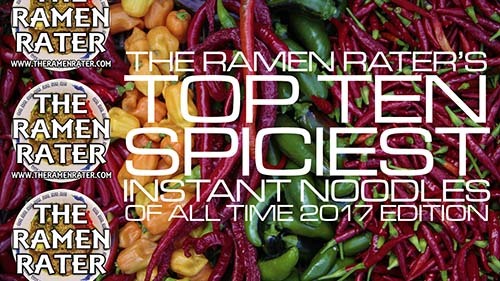 It’s that time of year again! Actually, this is the first time the list is coming out in July although at the tail end of July. I usually have the lists come out on the Monday closest to the date it came out the prior year. So this list is a compilation of absolutely hottest and spiciest varieties I’ve had out of the 2,500+ varieties I’ve tried thus far. Something you think belongs on this spiciest of lists? Let me know – I’ll give it a try. Let’s get started!

Note – on the day of posting I remember that there was one variety that should be in this list. I’ve given it an ‘honorable mention’ at the bottom, so don’t forget to give that a look. It will most certainly appear in next year’s list in a position on the list as it is quite spicy and truly should get it’s little place in The Ramen Rater’s Top Ten Spiciest Instant Noodles Of All Time. My apologies.

A video presentation of The Ramen Rater’s Top Ten Spiciest Instant Noodles Of All Time 2017 Edition. 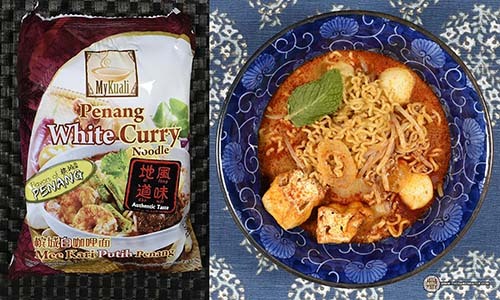 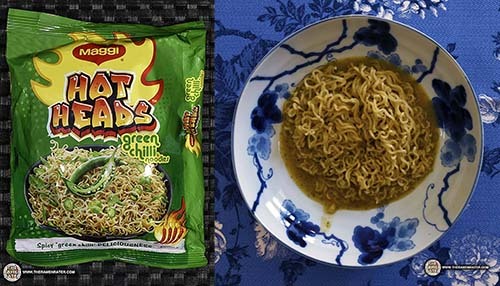 One of the most recent ones I’ve tried. I was on the fence about including it to be honest, however it definitely does belong. A strong spiciness from a serious green chilli flavor. Definitely the hottest variety I’ve tried from India. Original review

This is one not only spicy but unique. Not only does it have a brothless noodle, it has a sachet you mix with boiling water to make a soup that is served alongside. I’ve seen this done multiple times in Taiwanese variants but never from Malaysia – good show! Original review 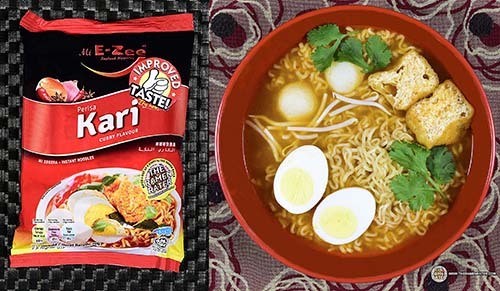 After mentioning I thought it could be improved by making it spicier, they did. They include a sachet of very hot chilli pepper flake – a pretty decently sized one that if you use, you will definitely be feeling the burn. Original review

The newest variety of the Buldak Bokkeummyun series, this one features Sichuan pepper. It provides a kind of buzzing, numbing effect which is different. Lots of good garnish such as well sized mushroom pieces in here. Original review 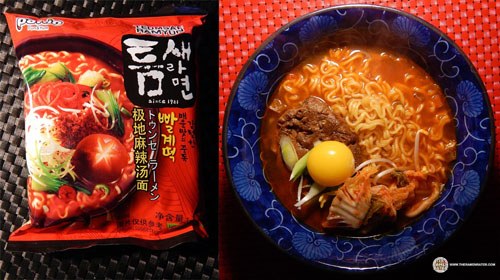 On the list for four years now! Another South Korean ramyun with serious kick to it. This isn’t to be trifled with!  Teumsae has restaurants in South Korea which serve up some seriously spicy fare. I really like the text underneath the word Teumsae which reads, ‘Flavor. Culture. Human’ Original review here 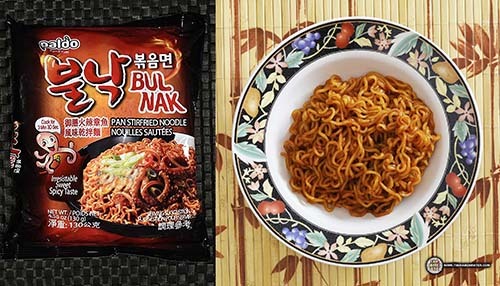 After many, many people complaining that I had the order hot and that this should be behind the #3, I decided to give it another try. You were right – totally concede that. However, this is definitely a fiery hot plate of noodles with a nice flavor. Original review

The bowl version of this is what is commonly used in the Fire Noodle Challenge. This stuff will really clean your clock – the initial taste is very sweet and savory and then bam. Indeed a crescendo of flame hits you palate like sucking on a charcoal briquet. Original review

The current packaging for this one has changed yet again. So now it features the name ‘Super Junior’ which is a reference to a Korean pop music act. Definitely need to try that – but at this point, this is definitely worth of the second spot. The broth is violently spicy – coats your tongue is heat and fire. Original review

There is no doubt in my mind that there’s nothing hotter than this one out there – as far as they go, this is the spiciest of the spiciest – at least that I’ve tried. This is a real burner and definitely takes my breath away. Therefore, I would say that if you aren’t comfortable with spicy foods, this will grab you, throw you on the ground and have it’s way with you. Consider this a warning in big red capital letters!! The heat will linger long after the plate is clean – if you can get that far! Original review 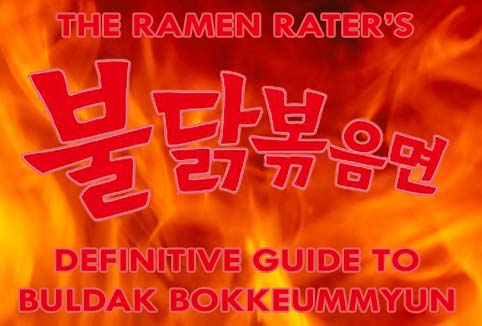 I would like to mention that I have made a special ‘Definitive Guide’ and video focusing on the Samyang Food Buldak Bokkeummyun series – you can see it here.

As soon as I got everything ready to post this morning, I realized one that I’d reviewed wasn’t in the list – this one. It definitely belong in this list and so since redoing this whole list would take hours of work, I decided to give it the Honorable Mention position. It will most definitely be in next year’s list, If it were on the list this year, it would be in 9th place. Indeed it is a very hot curry that will blow your mind and should appear in the top ten. My apologies. Original review