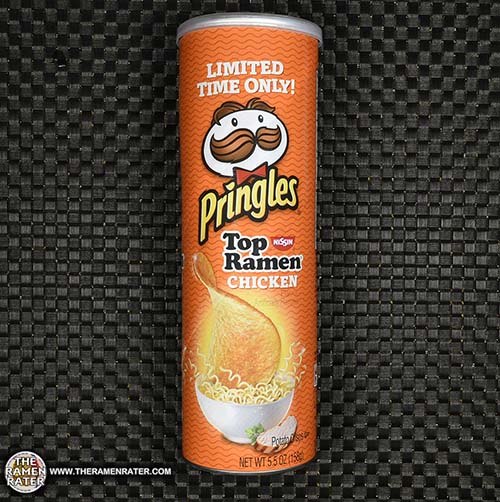 Well folks, the United States has started to see the light. There’s nothing I love to see more than a tie-in/crossover product and this is something I’ve seen zillions of times overseas but really never before here.

These are interesting however a pain as well. See, the only place you can go in and buy these Pringles is a chain of discount stores called Dollar General. None of those in my state – so I had to look elsewhere. I ended up on eBay, selecting ‘Buy It Now’ and ‘Lowest Price+Shipping.’ In the store, they’re $1.50 per can of Pringles. On eBay, they’re definitely more. However the seller I found that had the lowest price around sold me this can of Pringles for just under $9. That’s really not bad considering the shipping was included in the cost and it only took about 4 days for them to get here from Ohio.

I thought today I would do things a little different with this one. I will not only review these, but make a pack of their namesake, Nissin Top Ramen Chicken Flavor Ramen Noodle Soup. It should be interesting. Well, let’s get to it!

Me and Miri did a video for you to watch 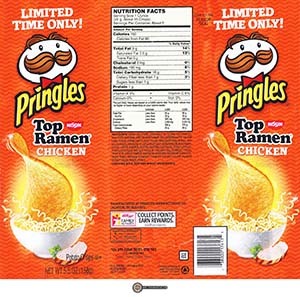 Detail of the side panels (click to enlarge). Let me tell you – cutting one of these cans apart for scanning purposes is a real pain but I was triumphant. Looks to be meat free but check for yourself. To prepare, remove plastic lid. Remove inner lid and discard. Remove one (or more) crisps from inside of can. Hold in a comfortable manner and insert into open mouth (the largest hold in your head hopefully). Utilizing an open-close-repeat motion, allow the crisp to be masticated, swallowed and digested. Finally, repeat and enjoy! 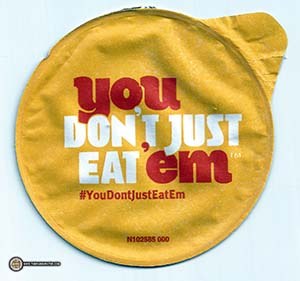 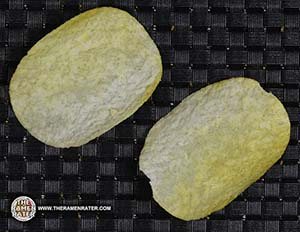 Two of the crisps – one up, one down. 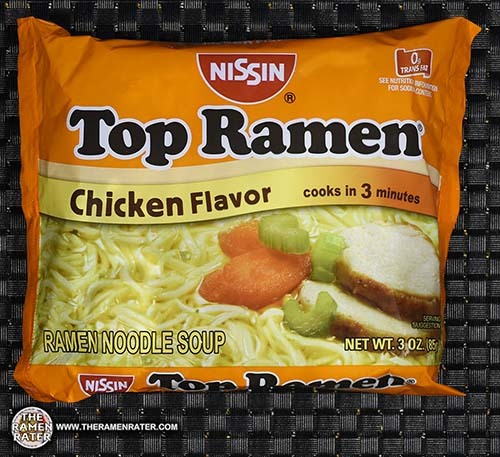 Okay so since this is also a kind of compare and contrast thing, here’s the comparison. Ddo these chips taste like Top Ramen chicken Flavor? I saw a promotional image about the chips with a little image of the instant noodles next to it and it looked like a different package than this one. I asked Nissin whether this was just a promo pic or whether they were rolling out a new package design. Sounds like they are going to be so watch for that. Anyways, let’s have a look at this ubiquitous classic. 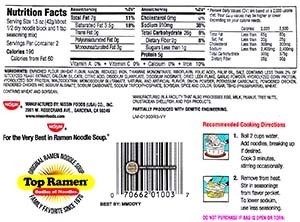 Here’s the back of the package (click to enlarge). Contains chicken. To prepare, add noodle block to 2 cups boiling water and cook for 3 minutes. Add in sachet contents. Finally, stir and enjoy! 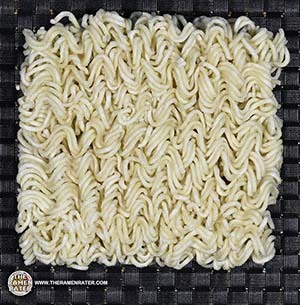 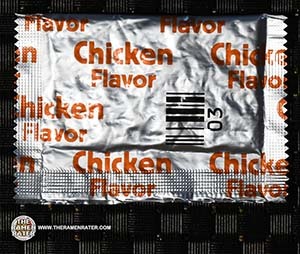 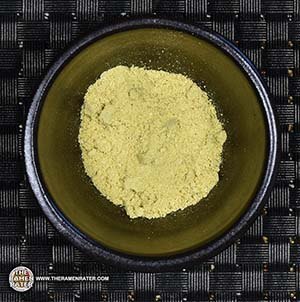 Here’s a comparison (click to enlarge) of the ingredients – Pringles on top, Top Ramen on bottom. The ones that are underlines are the ones that both products contain (note: I figure that ‘spice and color’ in the instant noodle were probably the same as the ‘spice,’ ‘turmeric extract color’ and ‘paprika extract color.’ Key missing things were the leek and chicken. I didn’t underline ‘natural flavor’ and ‘natural and artificial flavors’ as it just seemed a little too vague to consider as definitely the same thing. 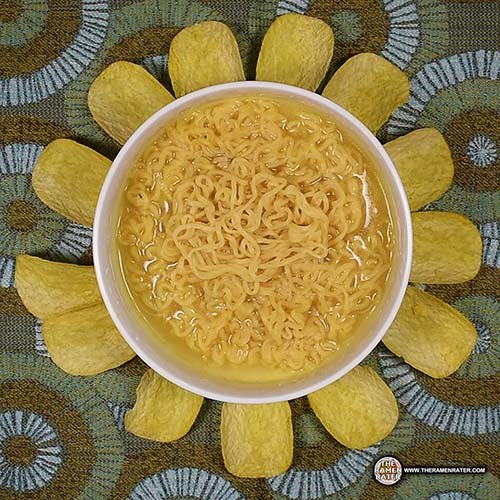 Finished (click to enlarge). So the Pringles aren’t bad. They don’t however taste a lot like the Top Ramen, only sort of. I see where they are going, but the issue here is the chicken I think. The Toip Ramen has chicken, the Pringles do not. Therefore instead of using actual chicken for a flavor, it has to be synthesized. There is a kind of only what I can describe as a high tinted buzzy kind of difference between the two in the Pringles. Almost like an odd butteriness. Anyways, on their own they’re both pretty good and together they’re pretty good as well – I put some of the noodles on a crisp and it worked nicely. These are pretty neat and novel. For a snack, I give these 3.5 out of 5.0 stars.  UPC bar code (Pringles) 038000176135 (Top Ramen) 070662010037.

Short clips like this were featured on different news outlets