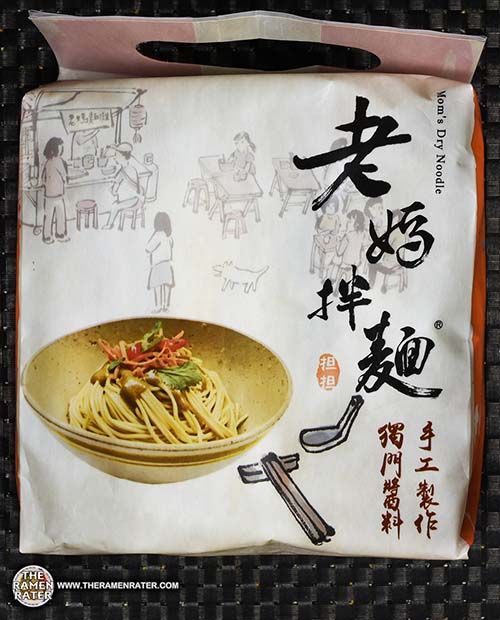 Here’s a new one from Mom’s Dry Noodle. This one is Dan Dan Noodle flavor – here’s a little about that from Wikipedia –

The name refers to a type of carrying pole (dan dan) that was used by walking street vendors who sold the dish to passers-by. The pole was carried over the shoulder, with two baskets containing noodles and sauce attached at either end. As the noodles were affordable due to their low cost, the local people gradually came to call them dandan noodles, referencing the street vendors. Literally, the name translates as “noodles carried on a pole”, but may be better translated as “peddler’s noodles”.

A variety of English spellings are used. The first word may be either dandan, dundun or tantan, and the last word may also be spelled mein.

So these are from Taiwan and so far I’ve really liked pretty much everything from Mom’s Dry Noodle. Let’s have a look at this variety.

Detail of the side panels (click to enlarge). Looks to be meat free but check for yourself. To prepare, ad noodle block to a pot of boiling water and cook for 6~7 minutes. Drain. Add in all sachets. Finally, stir well and enjoy! 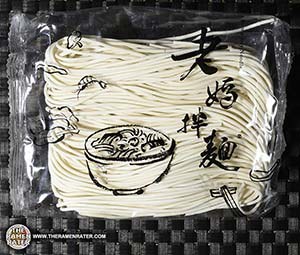 One of the four individual servings. 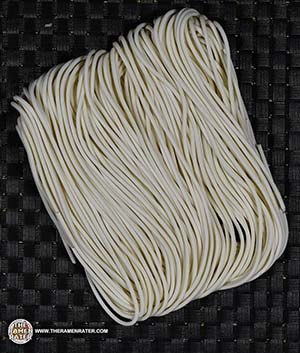 One of the noodle blocks. 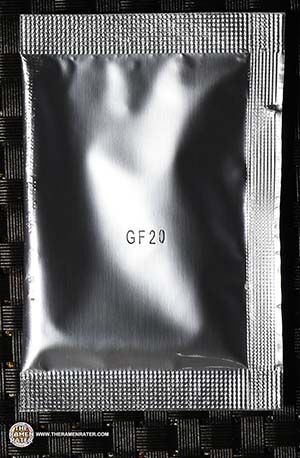 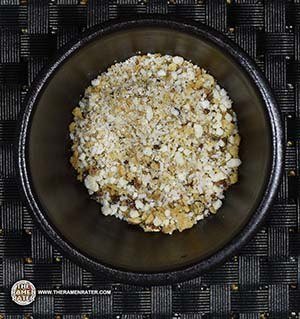 A mottled and coarse concoction. 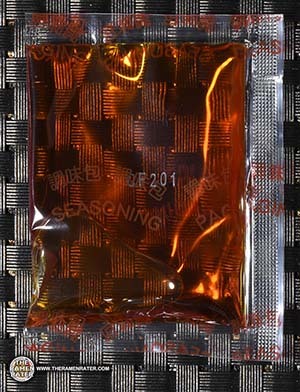 The first of three liquid sachets. 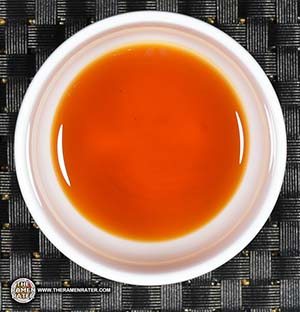 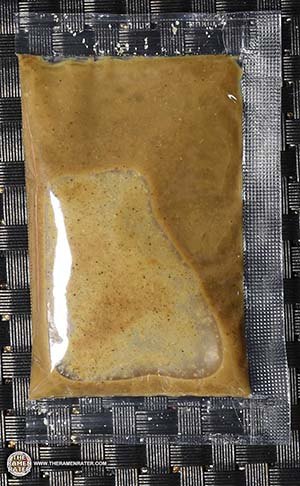 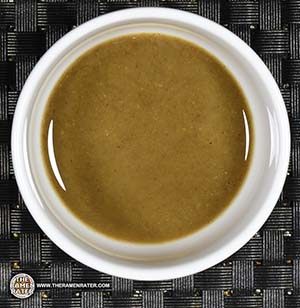 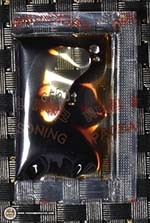 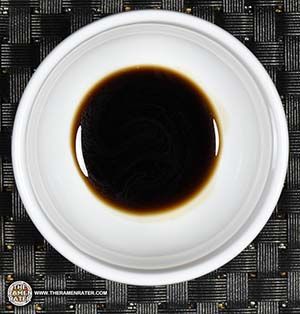 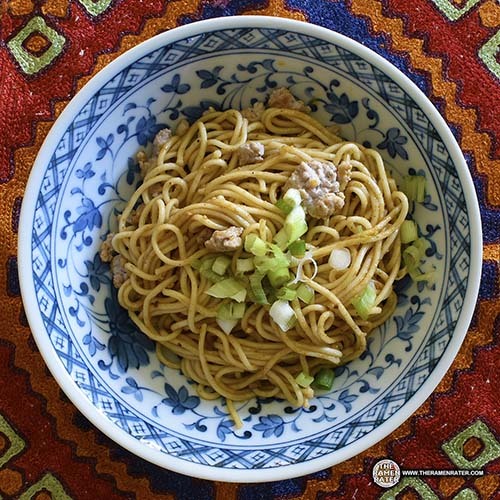 Finished (click to enlarge). Added scallion and ground pork. The noodles came out with a very nice chew. They aren’t mushy whatsoever and have a confident backbone. The flavor is very good as well. The notes of sesame, Sichuan pepper oil, Sichuan pepper in the dry mix and soy sauce all work together and play well with eachother; nobody’s feet get stepped on. Simple yet complex. 5.0 out of 5.0 stars. EAN bar code 4717011150322.

Formosan Odyssey: Taiwan, Past and Present