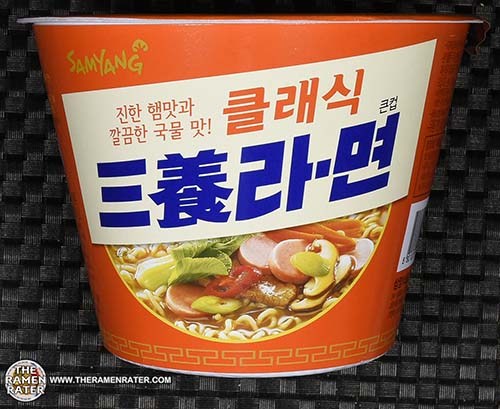 Here’s a bowl version clad in the trapping of olde. Samyang Ramen was the very first instant ramyun to come out in South Korea – in 1963. Here’s a little about it from Wikipedia –

Samyang Foods Co., Ltd KRX: 003230 is a South Korean food manufacturer. The company was established on September 15, 1961 in South Korea. Its products are sold around the world.

Wow – that was brief. The article mentions products they make and that’s that. Luckily, I was a little more in-depth when I interviewed Samyang Foods a while back –

THE RAMEN RATER> Hello and thank you for giving us the opportunity to learn more about Samyang Foods! To begin, can you tell us about your company – when was Samyang Foods founded, where and by whom?

SAMYANG FOODS> SamyangFoods was founded by Joong-Yoon Chun on September of 1961. Samyangfoods started to produce ramyun in 1963. In the 1960s, after the Korean war had been over, Koreans were barely able to get food to eat. In this poor and hungry period, SamyangFoods’ original CEO, Joong-Yoon Chun, was shocked to see almost every Korean suffering from lack of food. Then, he decided to quit his CEO job at an insurance company at that time and develop substitutional foods by founding food company. He recalled he had a chance to eat ramen when he visited Japan. He had a thought: Ramen could be the only way to solve the biggest problem which was a shortage of foods. Indeed, he had hard time borrowing 50 thousand dollars but finally he could be successful in making ‘SamyangRamyun.’

Okay that’s a little better. So yeah – let’s check out this old school version of a really good ramyun!

Detail of the side panels (click to enlarge). Unsure whether it contains meat or not. To prepare, add in sachet contents and boiling water to fill line. Cover for 4 minutes. Finally, stir and enjoy! 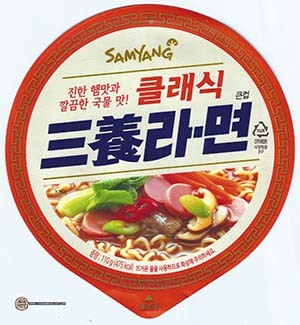 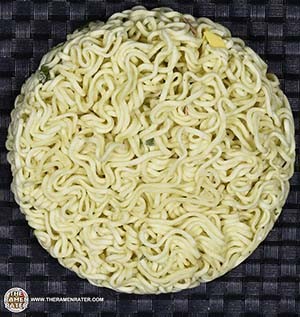 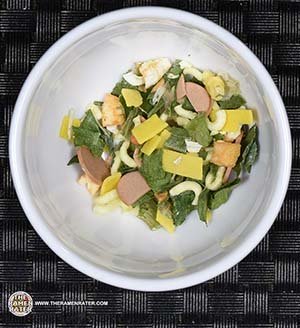 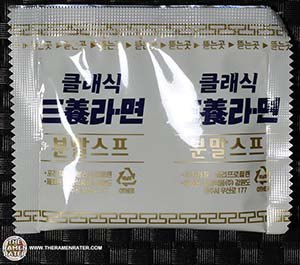 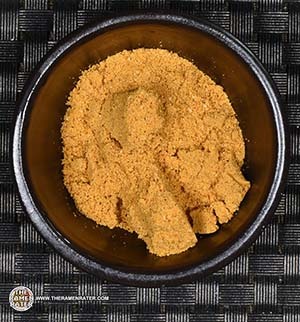 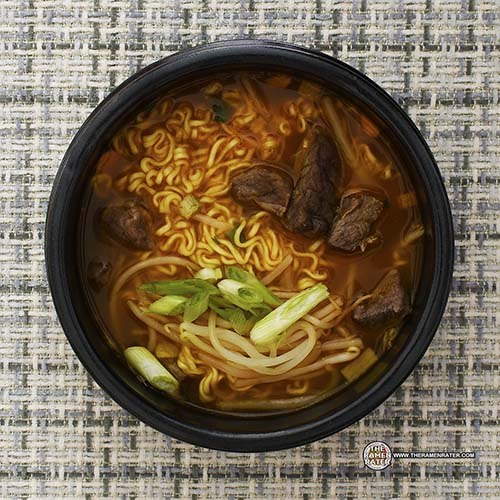 Finished (click to enlarge). Added Salad Cosmo mung bean sprouts, spring onion and beef. The noodles came out perfect – thick ramyun. The broth is really nice – not spicy, but a really tasty flavor with a little tanginess to it. Supplied garnish from the bowl hydrated well. 5.0 out of 5.0 stars. EAN bar code 8801073211001.

Another variety they make is the infamous fire noodle! Here’s my video on the entire series.