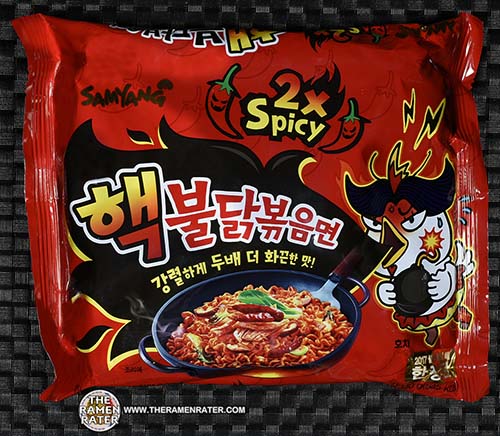 Alright. Today’s the day. I heard about the double spicy Buldak Bokkeummyun a couple of months ago. After hoping to simply find it at the store with no luck, I received a few of these packs – first, I got one from Anders from South Korea which is a reader who’s sent varieties in the past – thank you! Since I wanted to try these as soon as possible, I (for the first time) ordered some from an eBay seller called 1theKorea – they’ve got all sorts of neat South Korean varieties, and lots of the spicy ones that aren’t the easiest to find or are unavailable in the USA. I also got a ton of varieties from Samyang Foods – including the bowl versions of this one and the Stew as well as a couple snack variants.

The original version is hot. Extremely hot. It’s in third place on my annual Top Ten Spiciest Instant Noodles Of All Time for the past 2 or 3 years now. If this is truly as hot as it purports to be, it’ll be number one. I’ve been told about it’s voracious heat and seen videos of people who have tried it. I’m proud to say I’ll be joined by my son Andy – he’s eleven years old and has agreed to try a decent bite of the stuff. I’ll do a video of this event that you can see at the bottom. Indeed, the hour is nigh and we now try Haek Buldak Bokkeummyun. 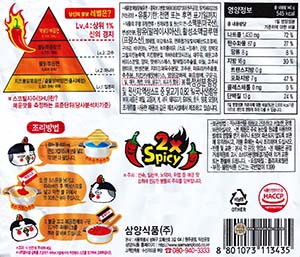 Here’s the back of the package (click to enlarge). Looks to be meat free but check for yourself. To prepare, Cook the noodles in 600ml boiling water for 5 minutes. Drain, saving a 120ml of the liquid. Add in liquid sachet and return to the stove and stir. Let sizzle for 30 second. Add garnish. Finally, stir and enjoy! 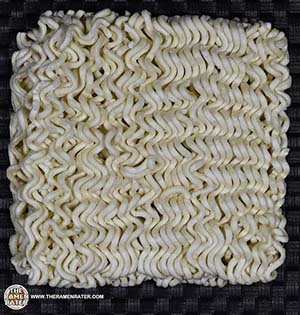 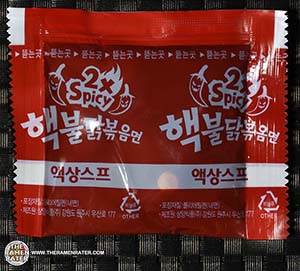 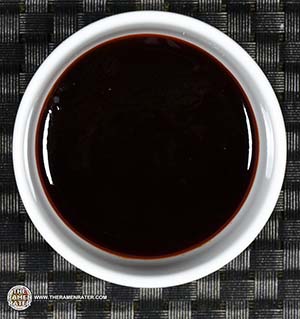 The fire! So when I opened the sachet and poured the liquid into this little soju cup, I got a little on my fingers. Tasting it was a look at things to come. My lips burnt for about a half an hour! Indeed, I ran to wash my hands! Can’t have that kind of fire on my fingers – rubbing an eye is one thing, but we have a 2 month old and an 18 month old here – not looking for more meltdowns! 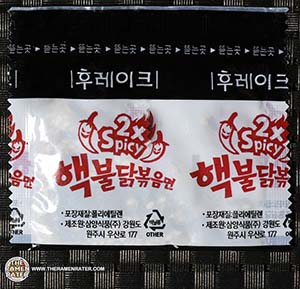 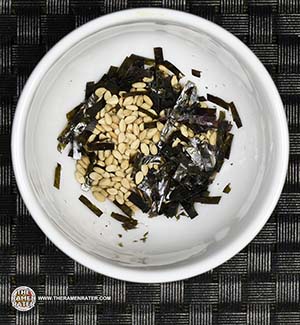 The garnish appears to consist of sesame seeds and bits of seaweed. 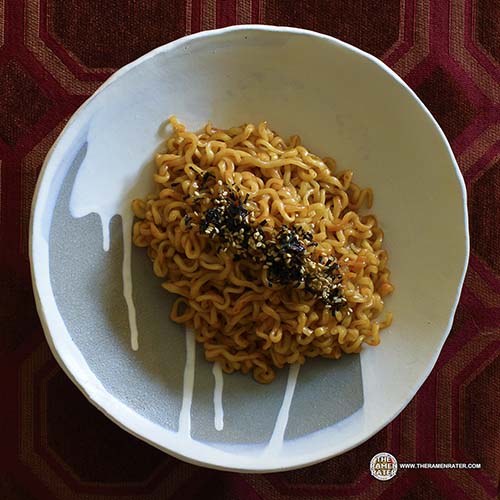 Finished (click to enlarge). Alright so here we go. The noodles are just awesome – thick and chewy – super thick ramyun with a nice mouthfeel. Now, the flavor speaking of the feeling in my mouth… FIRE! I mean really this is seriously painful stuff. It is not something to give a person who can’t handle heat (although I was quite impressed my 11 year old Andy was able to cope with it although it took a few tortilla chips and 3 peanut butter cups to put out the fire).  My take one the experience is that anyone could eat as much of it as they wanted; as long as they don’t stop. You are greeted warmly  (no pun intended) by a nice sweet kind of flavor at the outset. If you continue to scarf down the noodles, it continues this way. Until you stop. Once you stop, the fire begins. The heat builds to a crescendo I can only liken to putting one’s tongue on a hot stove. Truly this is the hottest I’ve had yet. Haek Buldak Bokkeummyun, you win! 4.0 out of 5.0 stars. EAN bar code 8801073113435.

My son Andy and I try the 2x Spicy HaekBuldak Bokkeummyun!