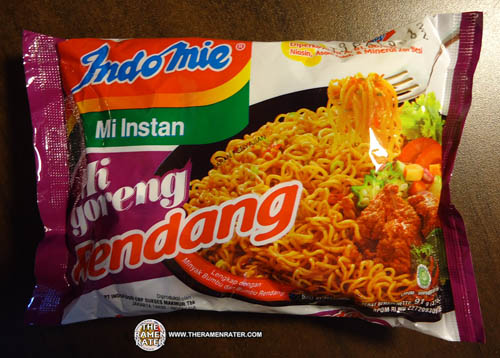 I couldn’t wait for Meet The Manufacturer: Indomie week to try this. It’s a nice day here in the low 70’s and this said ‘eat me,’ so I will. This was one of the ones sent to me by Susienta S. of Indofoods CBR in Jakarta, Indonesia! Thanks again – and let’s give this one a try! Hey wait a minute – maybe we should research this a little first. So. what I’ve heard is that Rendang is a spicy beef curry. Here’s what Wikipedia has to say about Rendang:

Rendang is a spicy meat dish which originated from the Minangkabau ethnic group of Indonesia,[1] and is now commonly served across the country.[2] One of the characteristic foods of Minangkabau culture, it is served at ceremonial occasions and to honour guests.[3] Also popular in Malaysia, Singapore, Brunei, the southern Philippines and southern Thailand, rendang is traditionally prepared by the Indonesian community during festive occasions. Culinary expert often describe rendang as: ‘West Sumatra caramelized beef curry’.[4] Though rendang[5] is sometimes described as being like a curry, and the name is sometimes applied to curried meat dishes in Malaysia, authentic rendang is nothing like a curry.[1] In 2011 an online poll by 35,000 people held by CNN International chose Rendang as the number one dish of their ‘World’s 50 Most Delicious Foods’ list.[6]

Here’s the linkto the whole Wikipedia entry. I think I should also mention something some Indonesian folks have mentioned in comments on here. They have something they call 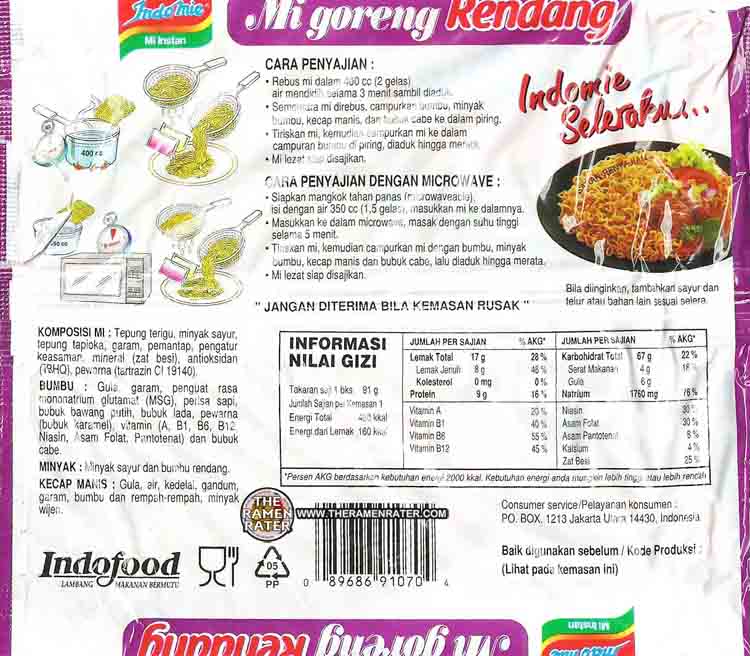 Here’s the back of the packaging (click image to enlarge). For those of you who aren’t familiar with Indonesian instant noodles, a lot of them are prepared differently – like this one. It pays to read the instructions on every pack of instant noodles you try – especially if they’re from different cultures! Cooking this up like a soup could be disastrous! 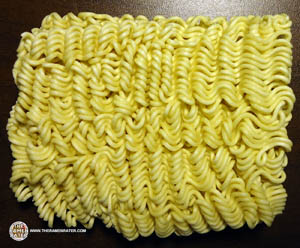 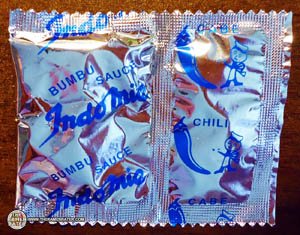 Here’s the dual packet of dry seasonings. The ‘bumbu’ on the left is the dry base and the ‘cabe’ on the right is chili powder. I would love to know – does that little guy on the chili label have a name? Anyone know anything about him? Please post a comment! 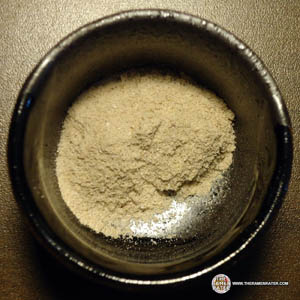 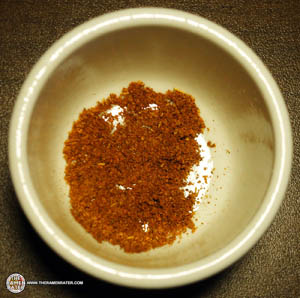 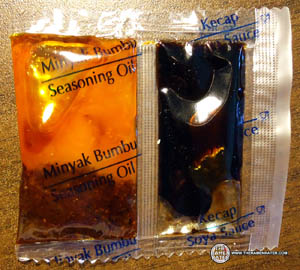 Now we have our wet ingredients. Seasoned oil on the left and sweet soy sauce on the right. 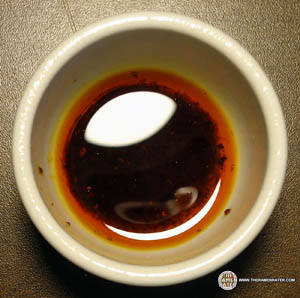 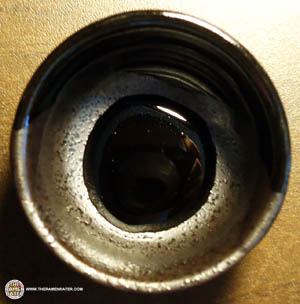 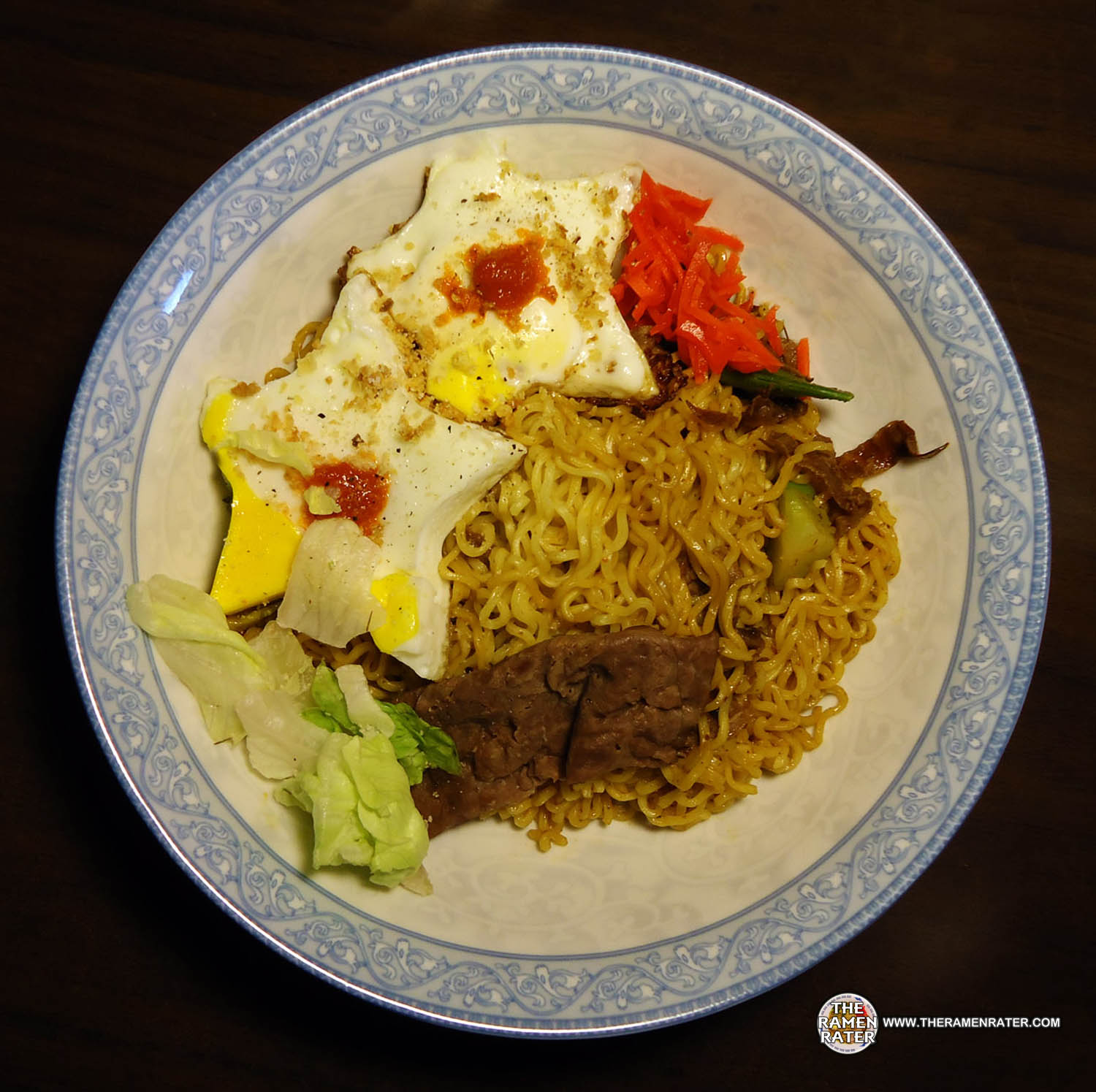 Finished (click image to enlarge). Okay so I took some artistic liberties on this one. Added a little roast beef and stir-fry vegetables while boiling the noodles. I used a star-shaped cookie cutter and fried two eggs using it.  Fried a piece of roast beef and laid it on top. Added a little lettuce. Added some Huy Fong Sriracha hot sauce, Krazy Mixed Up Salt and fried shallots on the eggs. I also dropped some kizami shoga (pickled ginger) in the mix. Wow – this is great stuff! The noodles are chewy enough without being too chewy. The flavor is excellent – like a hot curry beef taste that works so well. I love it. This is one of those times when being the Ramen Rater is the best thing in the world. 5.0 out of 5.0 stars!  I highly recommend this one! UPC bar code 089686910704.

I’ll be reviewing these as well sooner or later!