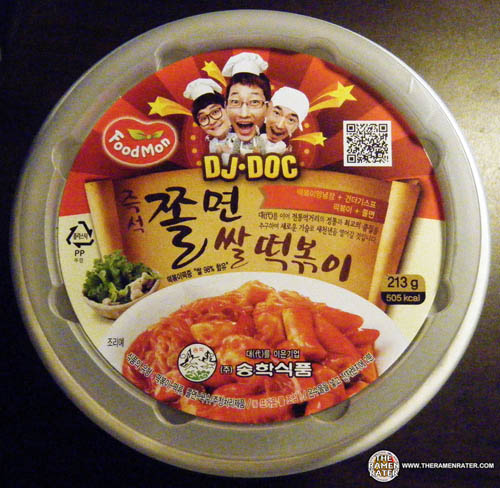 This is another from the DJ-DOC line. DJ-DOC is a kind of boy band/dance trio from Korea from what I see on Youtube. The last one of these I had was pretty spicy and like a lasagna! Curious how this one’ll be! This one has ‘jjolmyeon – what’s that you say? Here’s a little wisdon from the Wikipedia:

Jjolmyeon is one of the most popular noodle dishes in South Korea, especially among young people at bunsikjeom (Korean snack restaurant).[3] It is a representative dish of Incheon, where jjolmeyon originated in the early 1970s by a mistake made while making naengmyeon. Noodles larger than regular naengmyeon noodles were made at a factory and instead of being thrown out, were given away to a nearby bunsikjeom. The owner mixed the noodles with gochujang sauce and jjolmyeon was born.

With that, let’s continue… 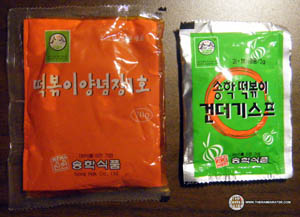 That’s one big packet of red sauce and the green one’s full of veggies. 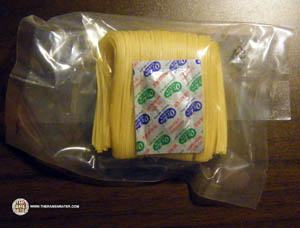 I’m going with these being the jjolmyeon noodles. 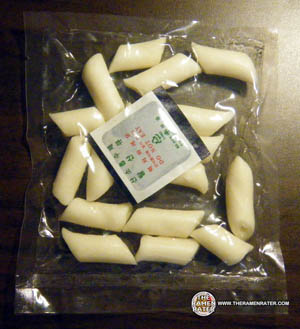 These are the ttebokki in all their glory! Just so you know, I didn’t consider the do not eat packet (desiccant) as a seasoning packet. 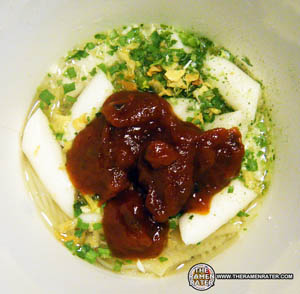 Here’s everything ready for a spin in the microwave. So here’s what I did: I put the jjolmyeon in the bowl and added 150cc of boiling water and let it sit for a couple minutes. Then I put everything else in there as you see in the above image. Then I stirred and microwaved for 3.5 minutes. 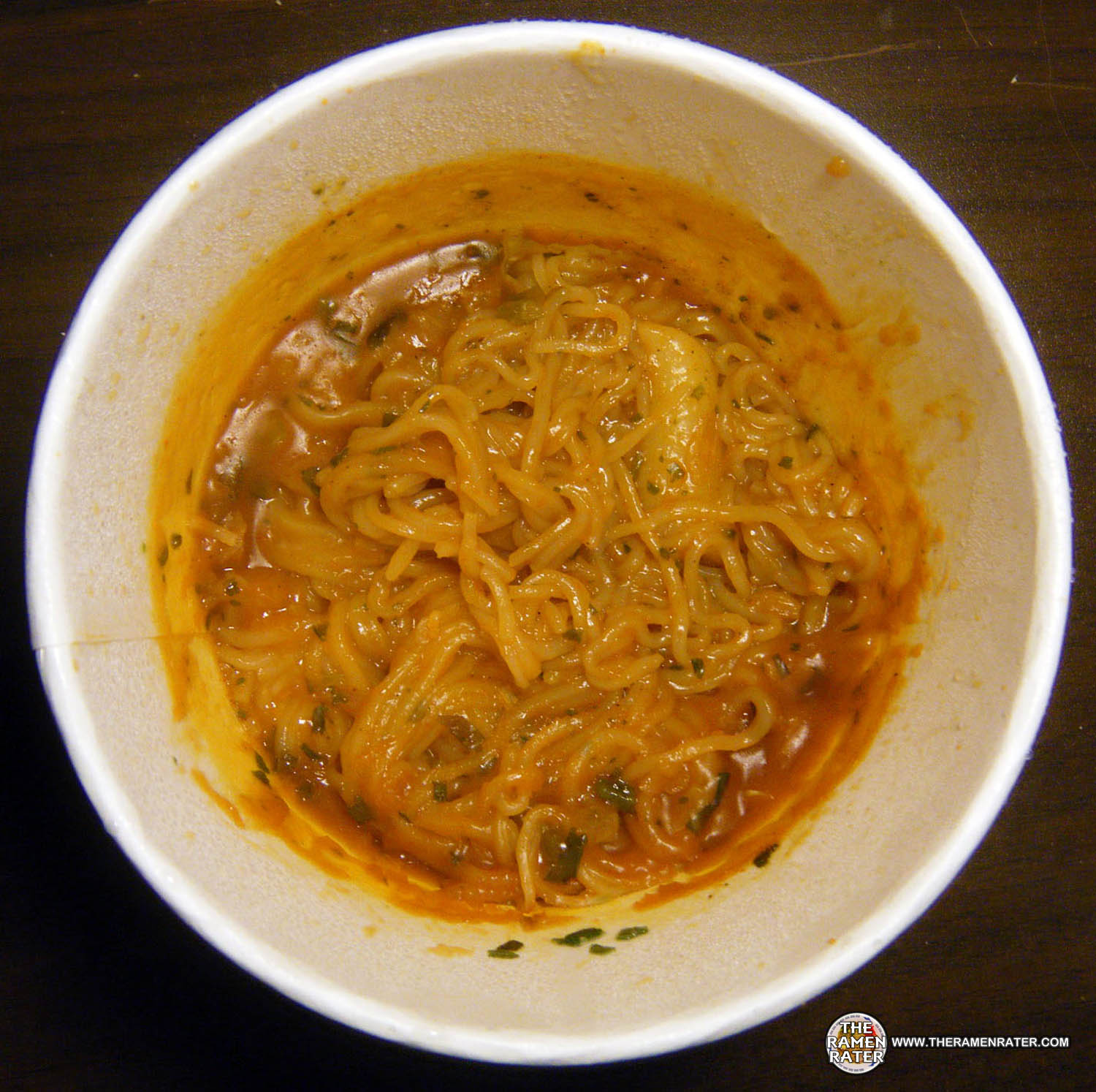 Click image to enlarge. Here’s the end result. The idea that these are chewy noodles is a reality. Very chewy!
I wonder if 3.5 minutes is a little much for this bowl? Anyways, it’s some good stuff! The ttebokki is nice and chewy and the noodles are as well and the sauce and veggies – wow like an Asian lasagna with a bit of pure fire added in! Excellent! Another 5.0 out of 5.0 for the Food Mon DJ-DOC line!

Kinda neat video by DJ-DOC. The sample is actually from a song called “Street Life” that was originally recorded by The Crusaders and featured prominently in one of my favorite movies of all time, “Jackie Brown.”

Another in the series of Thanksgiving home movies people have put on Youtube I’ve found. This one had a slightly creepy red tinge to it I liked.