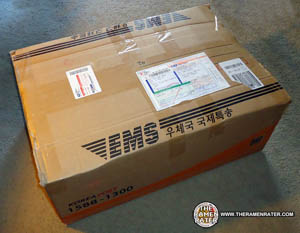 Woke up to an email from Stan at eMart telling me he had sent some samples and that they would possibly arrive sometime this week. A little later, there was a knock at the door and a USPS guy asking me to sign for a box – a big box! 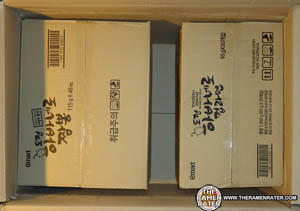 Inside the big box were two smaller boxes (they still were big though). 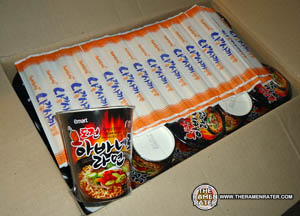 The first box I opened was full of the new eMart Dare You Habanero cups – 30 of them! Also there were 30 pairs of disposable chopsticks with Samyang Foods logos on them. 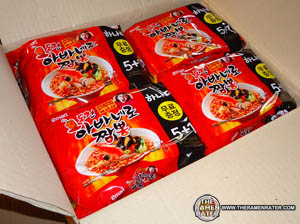 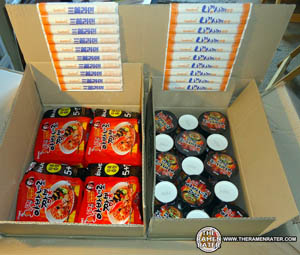 Wow – this is a lot of noodles! Thanks go to Stan over in South Korea at eMart! I’ll be reviewing these soon!