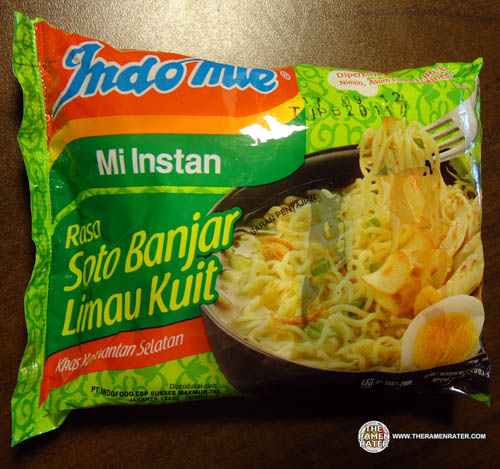 Okay so here’s another soup – Soto Banjar. First off, here’s what Wikipedia says about Soto:

Soto, sroto, tauto or coto is a common dish, found in many regional variations of Indonesian cuisine. It is a traditional soup mainly composed of broth, meat and vegetables. There is no clear definition of what makes a soto, but normally many traditional soups are called soto, whereas foreign and Western influenced soups are called sop. Soto is sometimes considered Indonesia’s national dish, as it is served from Sumatra to Papua, in a wide range of variations. Soto is omnipresent in Indonesia, available in many an open-air eateries and on many street corners to fine dining restaurants and luxurious hotels.[1] Soto, especially soto ayam (chicken soto), is considered as Indonesian counterpart of chicken soup. Soto is a comforting soup,[2] because it is always served warm with tender texture in most of Indonesian households, and naturally considered as Indonesian comfort food.[3][4]

But what about the Banjar variety?

So this is a type of Indonesian soup from the capitol of South Kalimantan. Let’s give it a try! 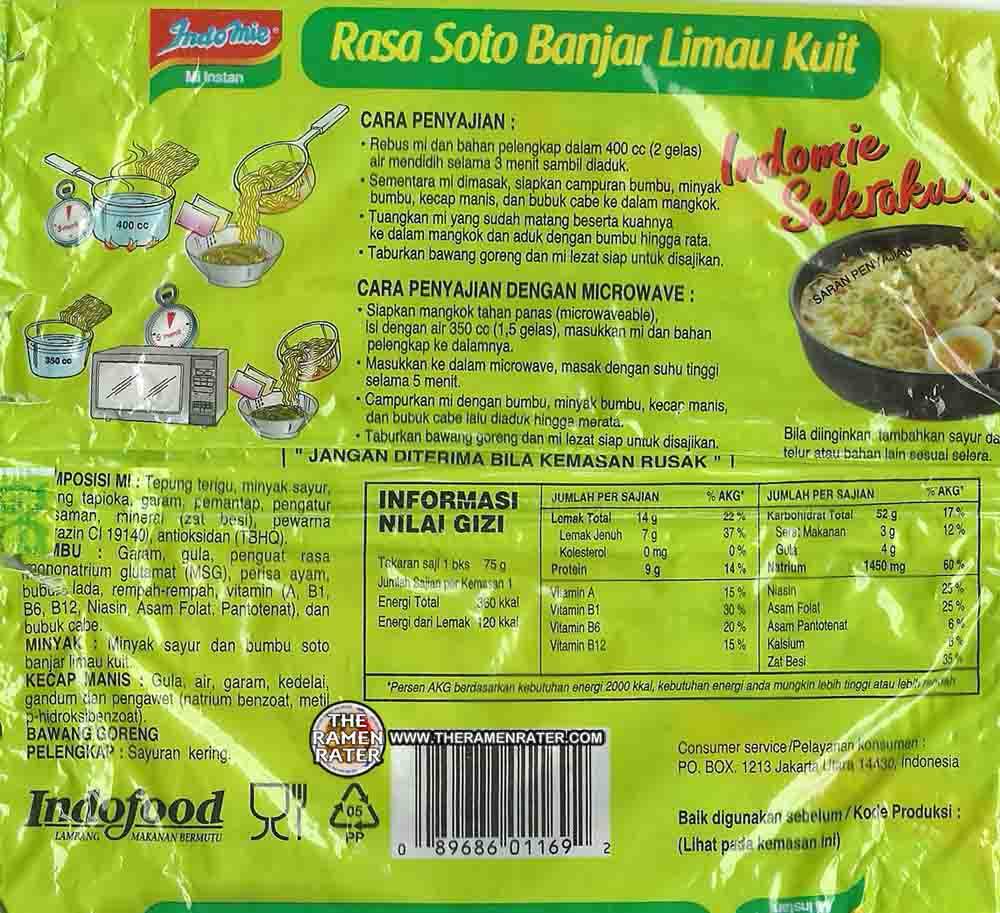 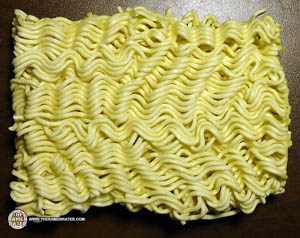 The noodle block is ready to absorb and assimilate liquid! 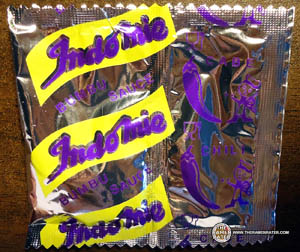 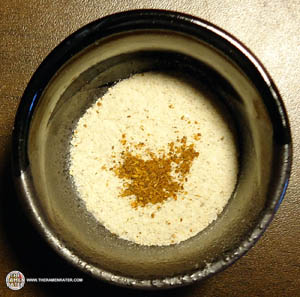 Here’s the seasoning powder and a little chili powder in the middle. 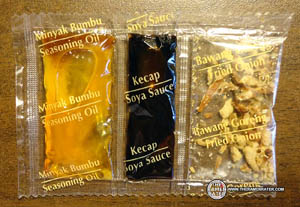 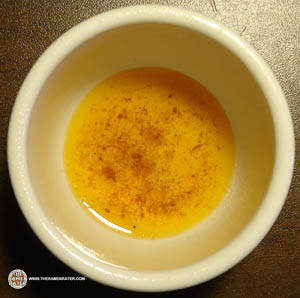 A lighter colored oil – often these have been a cream color or a darker color. This one’s a little lighter and more transparent. 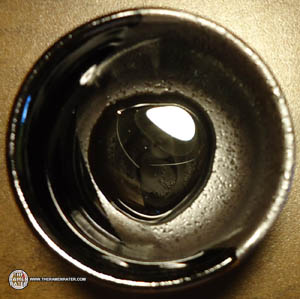 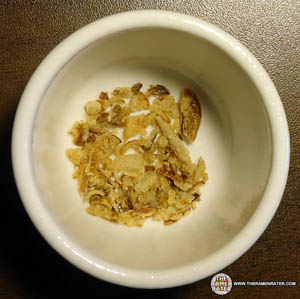 Fried onions go on at the very end on top of everything. 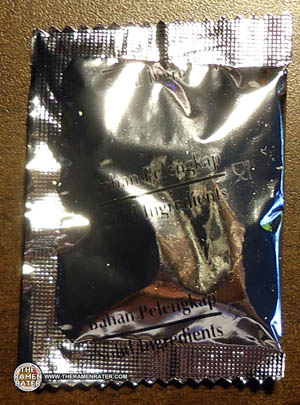 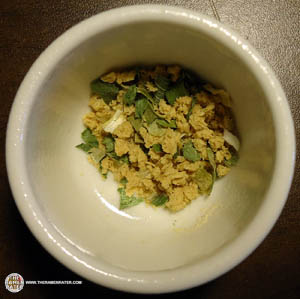 This reminds me of what’s in the Special versions that are sold in the US. It’s a veggie mix. 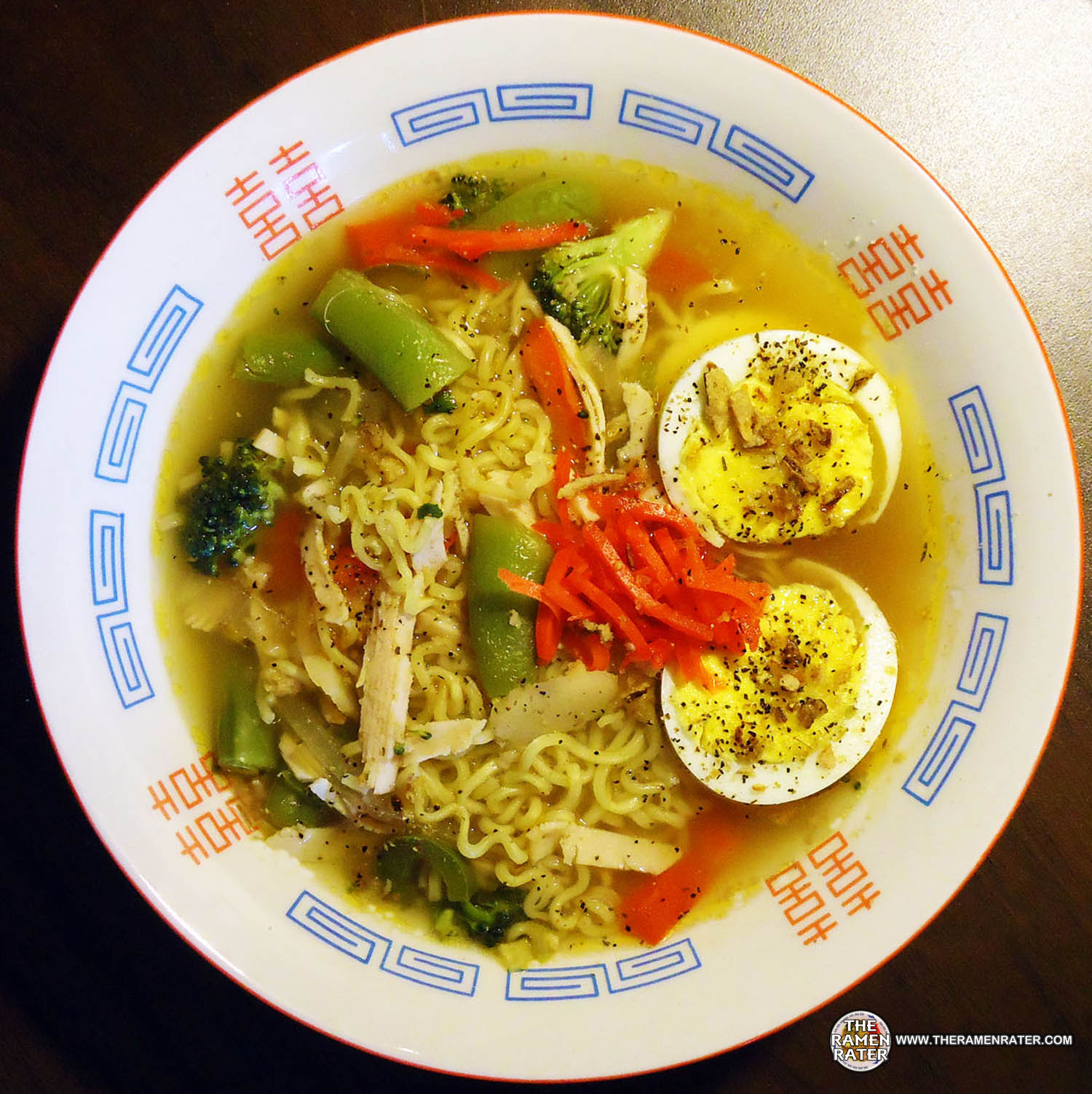 Finished (click image to enlarge). Added a hard boiled egg with some Krazy Mixed Up Salt and some pepper, a little Kizami Shoga (pickled ginger) and some of my stir-fry mix made from veggies we got at Country Farms. Oh and a little chicken lunch meat. This was absolutely exquisite! The noodles are great and the broth has a sweet, spicy and deep flavor – this is great stuff! Hints of cinnamon and spices are rampant – this is really enjoyable! Perfect – 5.0 out of 5.0 stars – best Indomie soup I’ve tried yet! UPC bar code 089686011692 .

This group, Nasida Ria, was in a compilation of Indonesian music.