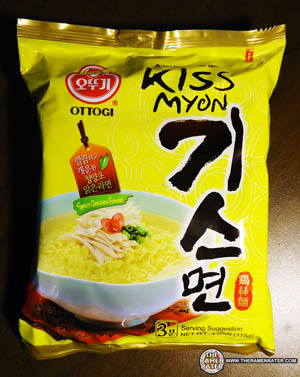 Thanks to this sample from Nick over at OrderRamen, today I’m trying the third entry into the ring of ‘white broth’ ramyuns from Korea. The others, Paldo’s Kko Kko Myun and Samyang’s Nagasaki Jjampong I found to taste a lot like Jalapeno Cheese Cheetos! Very curious if Ottogi’s offering is like that too. Let’s find out! 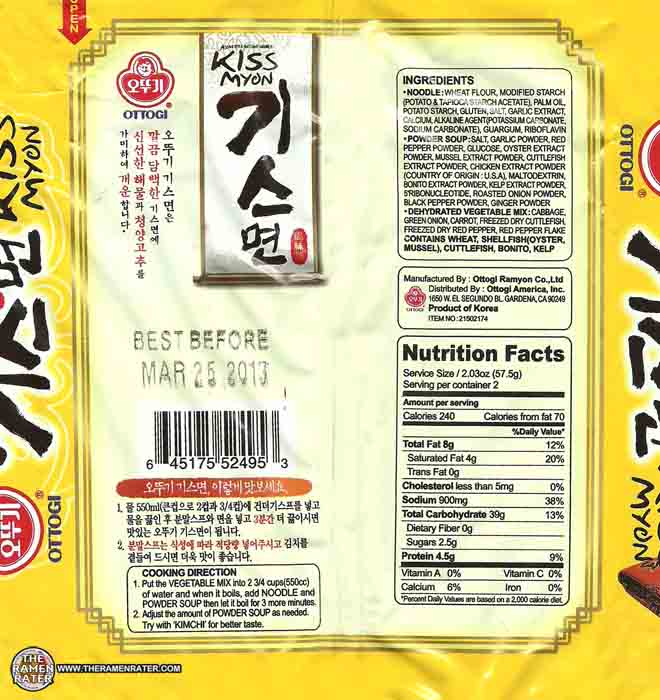 Here’s the back of the packaging (click image to enlarge). This one’s different from the other two – right now, you can’t get the other two in the USA, but Ottogi’s got this stuff available now for US customers. 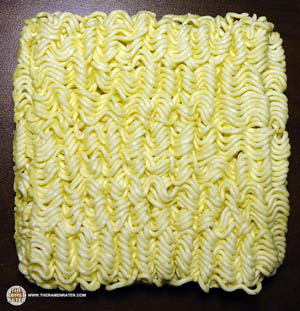 This is one big block of noodles! Awesomeness! 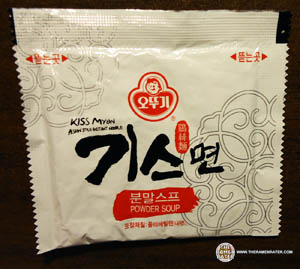 This is one decently filled packet of powder seasoning. 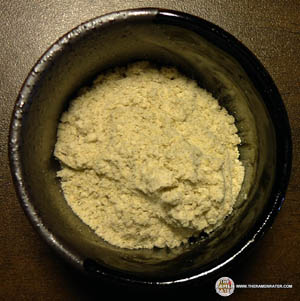 Very powdery stuff – much like the other white broth soups. 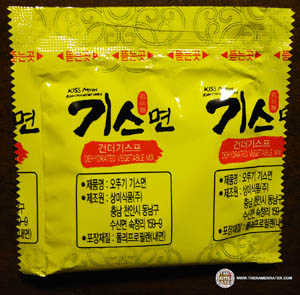 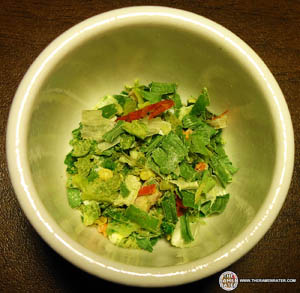 Here are the contents of the packet. 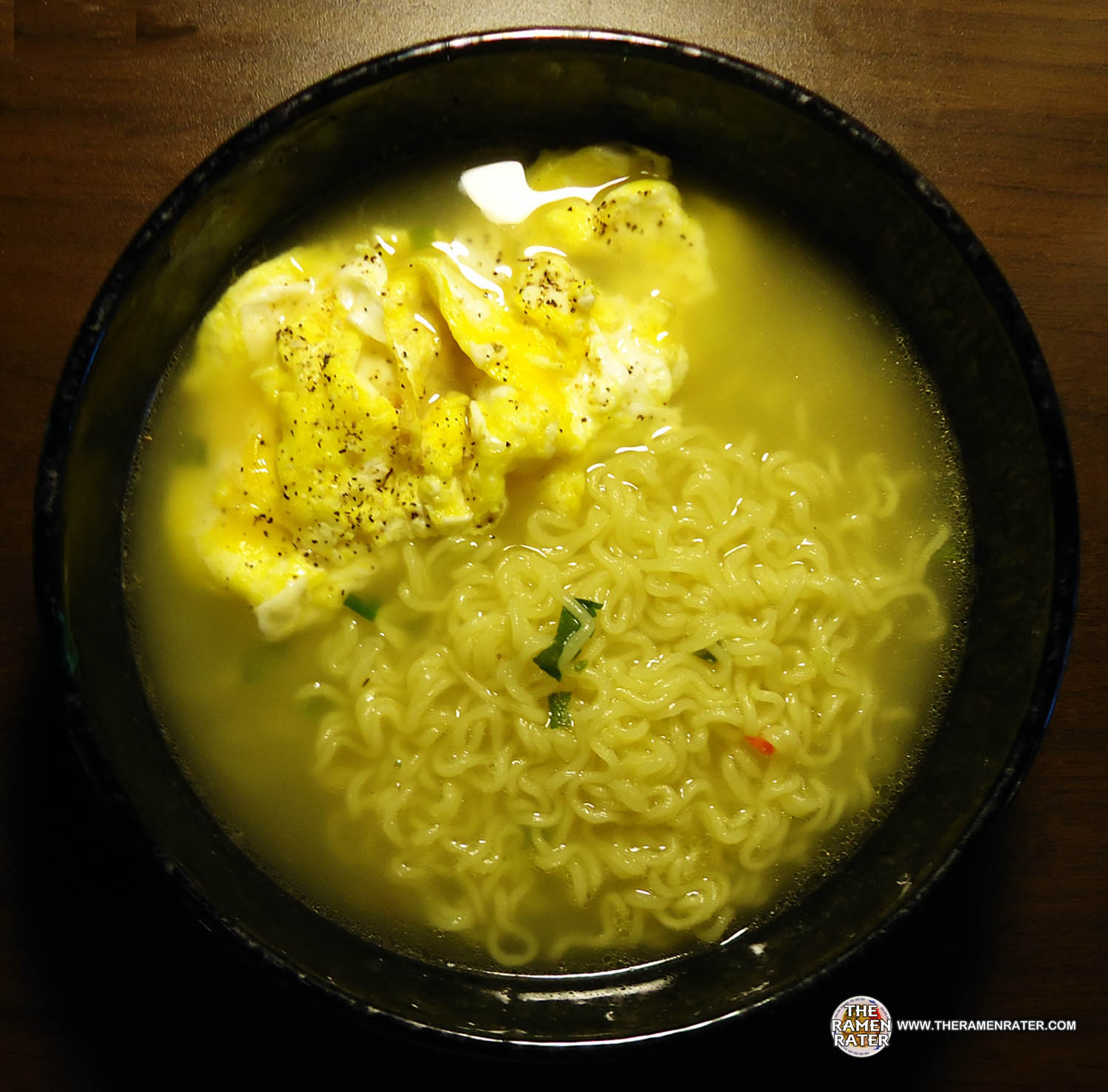 Finished (click image to enlarge). Added a couple fried eggs with pepper and Krazy Mixed Up Salt. Starting with the noodles: very different than what I’m used to from a Korean noodle. The noodles bulked up nicely and had an interesting texture – the outermost layer was kind of like bean thread while the inside was firmer. The broth is pretty good stuff – has a nice, spicy jalapeno heat to it and had a good chicken flavor. I would not say though that this broth tastes as much like Jalapeno Cheese Cheetos, though. The veggies aren’t bad – would like to see a bit more. All in all, a pretty good bowl of noodles! 3.75 out of 5.0 stars. 645175524953.

Another version of the commercial…

Something I found interesting – there are a lot of ‘making of’ videos of famous Korean stars and their instant noodle commercials! [email protected]!

This guy is REALLY popular in Korea!