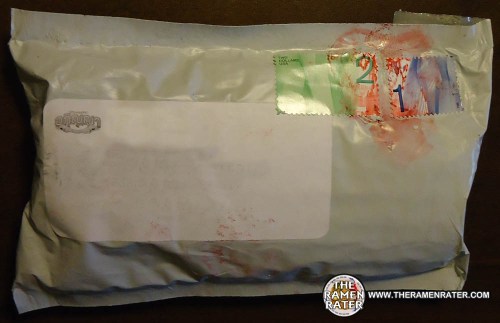 I saw something about a Thai chili sauce mentioned on my favorite hot sauce group on facebook recently. It got me wondering if it would be something that could be an alternative to the standard big bottle of Sriracha that I usually go for. I tracked down the company and asked if they could possibly send a sample – a few days later, it arrived!

First off, the bottle is interesting – it has a little flip up spout like you would find on a shampoo bottle – but its similarieties to shampoo immediately halt on a dime right there. This stuff is excellent! First off, the second ingredient after peppers is ginger, which I’m sure those who have followed this blog for a while will know by now that I’m a big fan of ginger.

This tastes like nothing I’ve had before and I think it’s a real winner! It has a flavor that I wouldn’t expect to be coming out of Virginia, USA either! Wow! I’ll be trying it on a bowl of noodles very soon – possibly one of the ones from Australia (one of the packs is made in Thailand for the Australian company, so it would definitely be fitting)! Thank you to the kind people at Apinya for sending along a bottle! Check out their website at www.apinya.co!