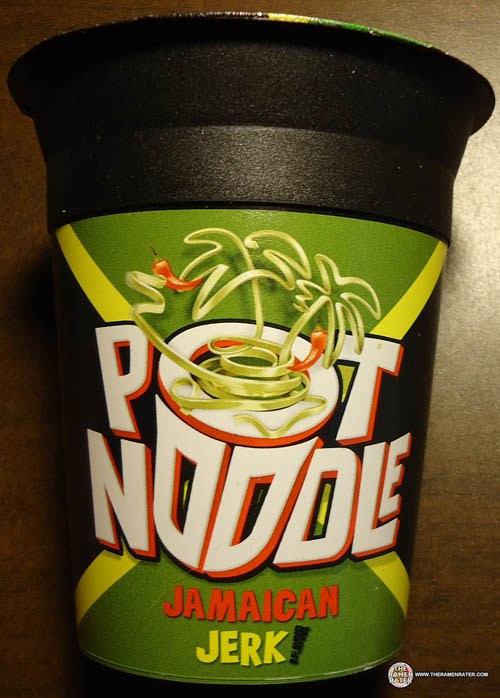 Here’s another awesome looking Pot Noodle flavor that was sent by Joe & Gill of the UK – again, I must say thank you very much! They are a couple of the many people who have been extra kind and sent varieties that I haven’t ever reviewed my way. No way I could find this one here in the states! So what is Jamaican Jerk flavor anyways? I asked Wikipedia: 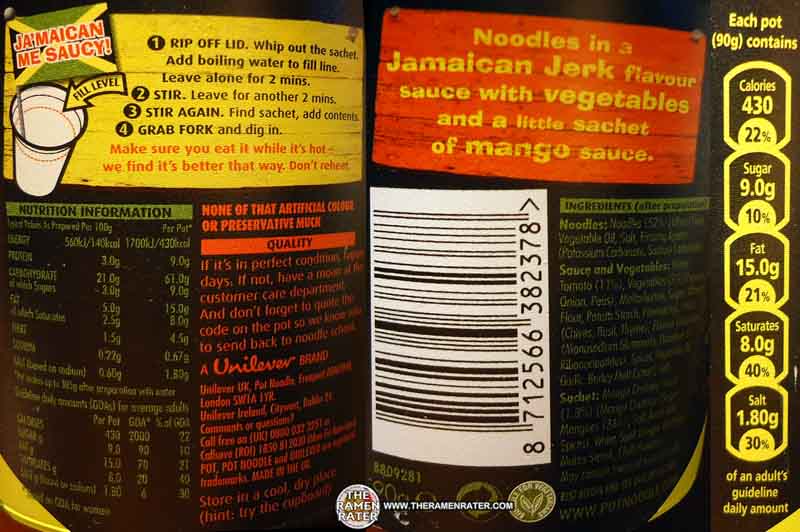 Here are the side panels (click image to enlarge). 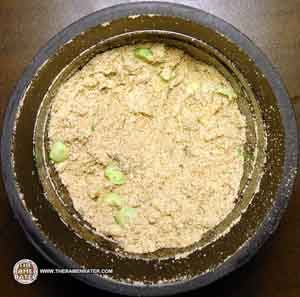 Unlike a cup noodle that one would find here in the states, Pot Noodle is more of a noodles and sauce kind of thing. The sauce comes from all this powder. Much of it is wheat flour. 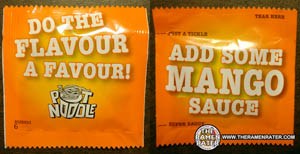 They also include a packet of some sauce or another. This one has mango sauce. 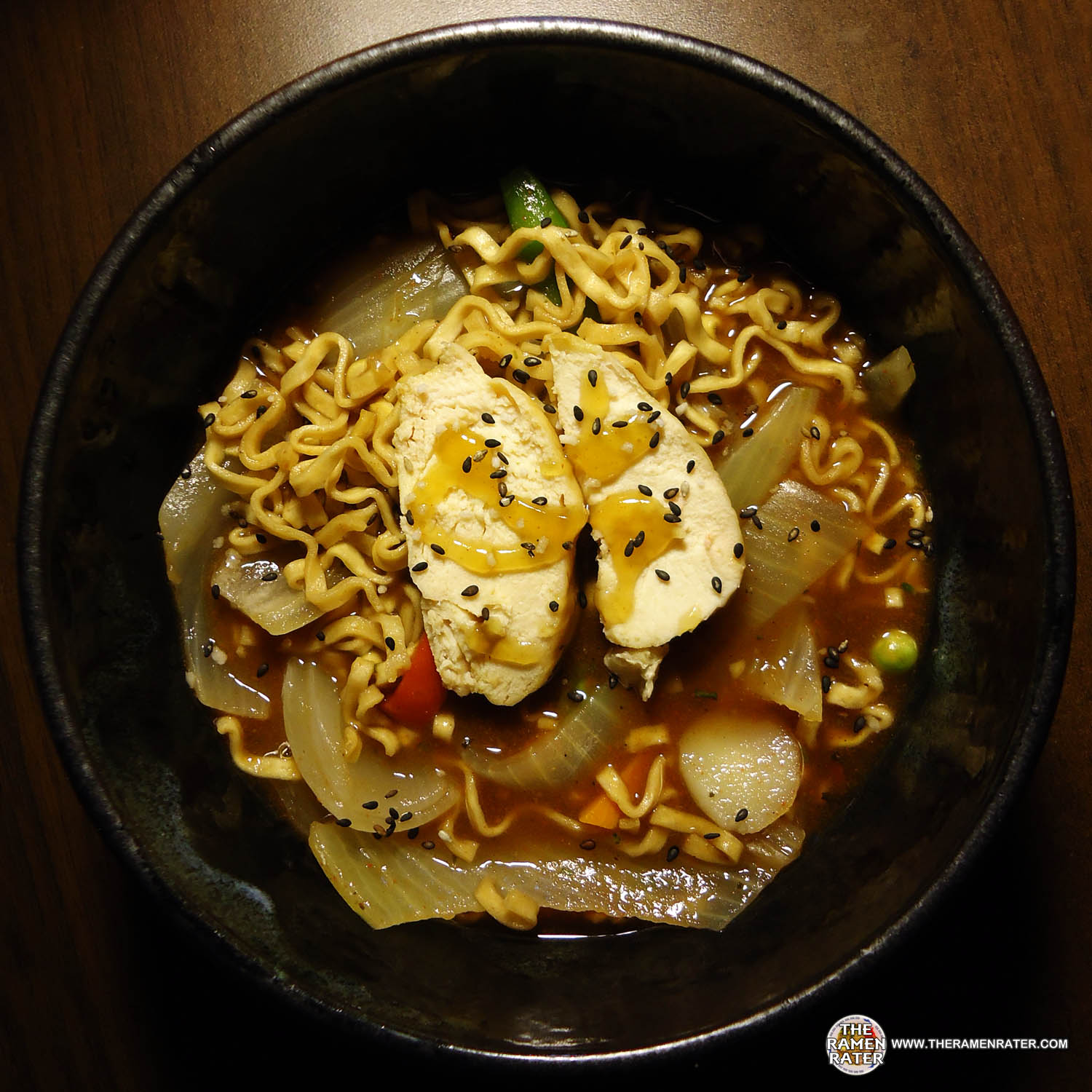 Finished (click image to enlarge). Added onion, stir fry vegetables, baked chicken and Urashima Sesame & Salt furikake. The noodles have that trademark wide flat shape and thick chewiness and slight crumble. The broth (really a sauce) has an interesting taste. Kind of a bitter and salty flavor with some interesting spices going on. Kind of reminiscent of curry. The mango sauce is really good – I would say its more like sweet and sour sauce you would find here in the states. Interesting. 2.75 out of 5.0 stars. UPC bar code 8712566382378

Some day, I hope to own a spinning Pot Noodle fork!