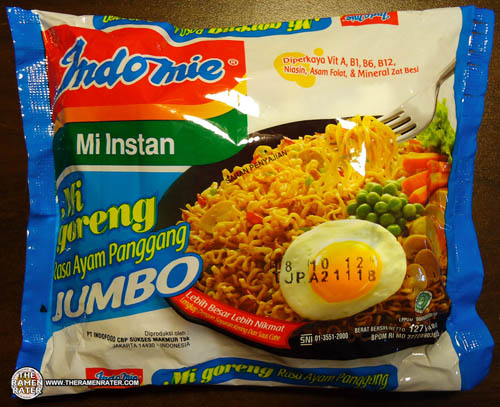 Here’s another Mi Goreng – this is the same as the Indomie Mi Goreng BBQ Chicken Jumbo we have here but it’s the one I was shipped by Indofood from Jakarta, Indonesia. I thought something that was interesting though was that ours is called BBQ chicken and the one in Indonesia translates to roast chicken. Anyways, let’s eat!

Here’s the back of the package (click image to enlarge) 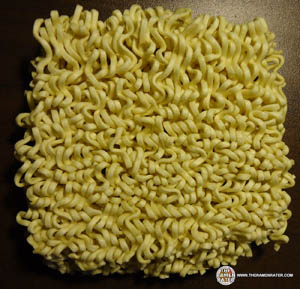 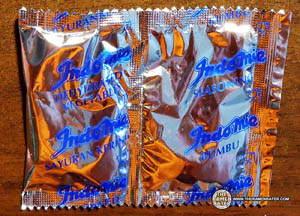 Hey look at this – veggies on the left and powdered seasoning on the right. 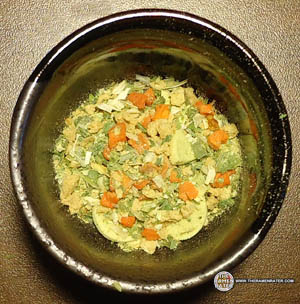 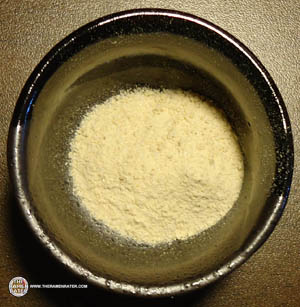 …and the seasoning powder. 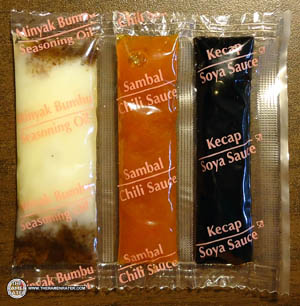 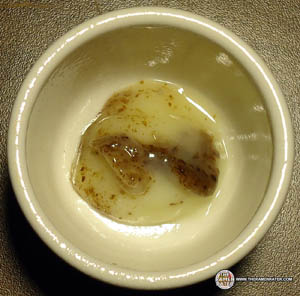 This is the standard Mi Goreng seasoned oil I see often in the domestic packs of Indomie Mi Goreng. 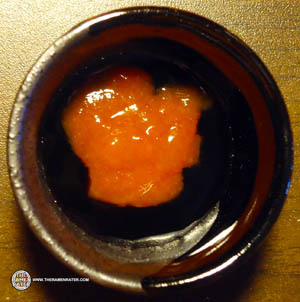 Here are both the chili sauce and soy sauce. 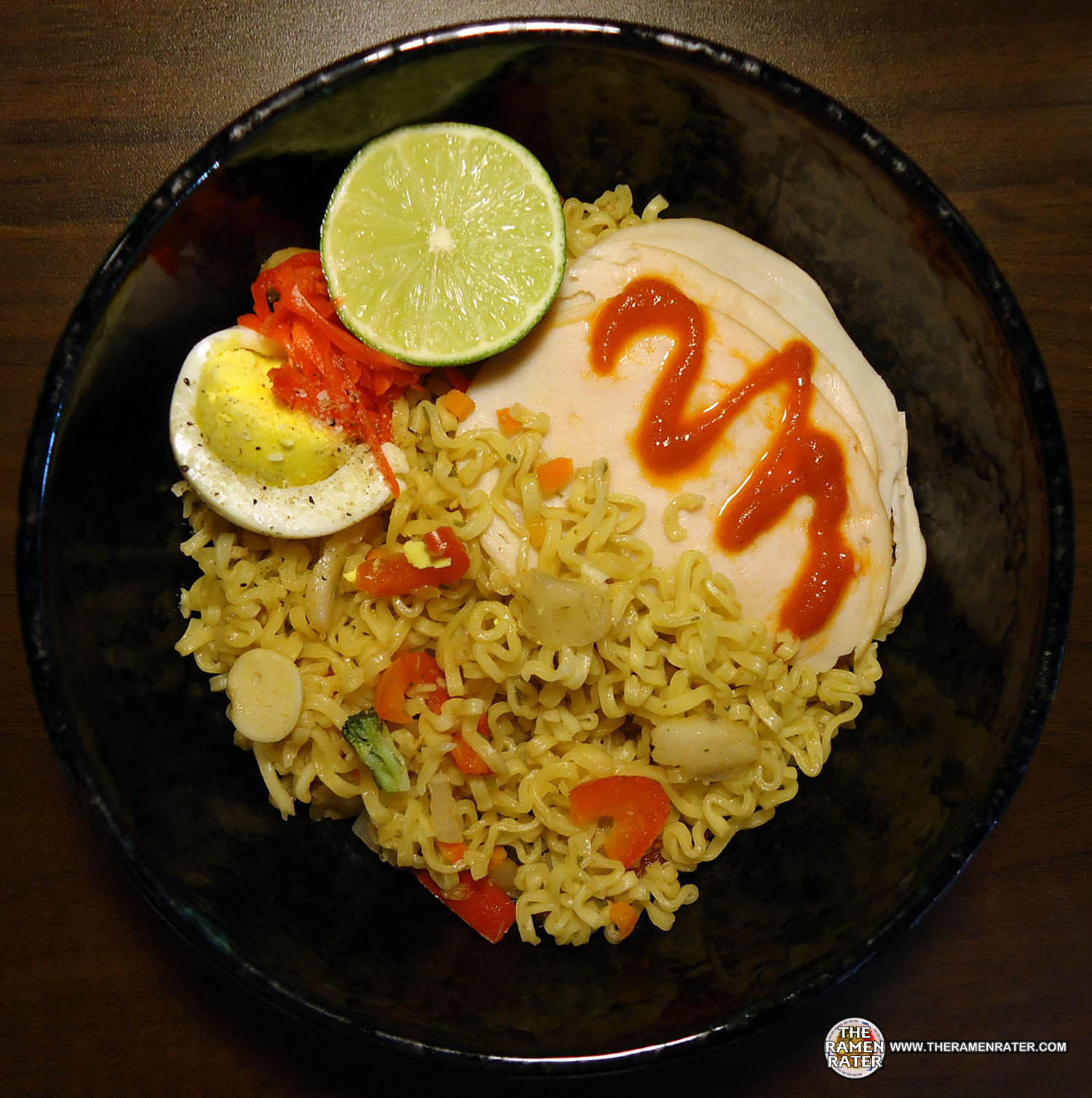 Finished (click image to enlarge). I added some chicken, a hard boiled egg, half a lime, some of the mixed veggies my awesome wife sliced up from the produce stand the other day, some pickled ginger, a little Huy Fong Sriracha and a little Krazy Mixed Up Salt. Wow – just as good as the #2 on the Top Ten Instant Noodles In The World list! The noodles are so enjoyable – nicely firm and coated in that tasty stuff that has a sweet and spicy flavor. I dig this a lot – especially the bigger pack, too. If you haven’t, you need to try this stuff! 5.0 out of 5.0 stars! UPC bar code 089686041767 – this one is available in the US in a different package – here it is in a non-jumbo form – get it here.