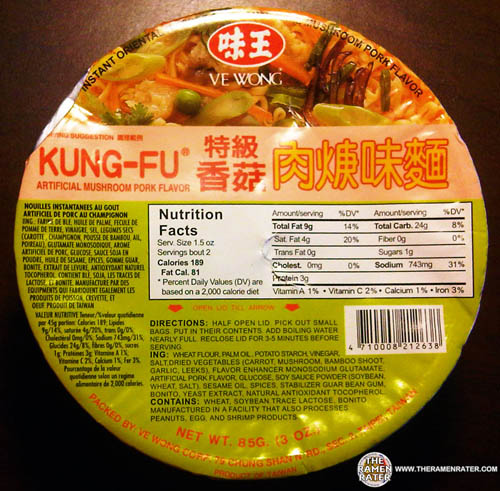 Here’s one that has been in the noodle bin since the trip to California my wife and son and I took in July! Time to eat. Mushroom pork just didn’t sound too good, but you know me, I have to try it. 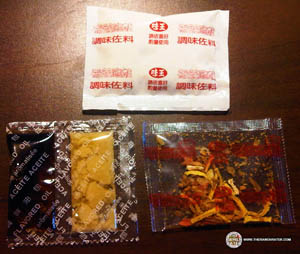 Unexpected this is. Usually these are a bit less interesting. That big packet on top was absolutely full of powdered seasoning. Lower right is veggies and lower left was seasoned oil and maybe soy sauce – not sure. 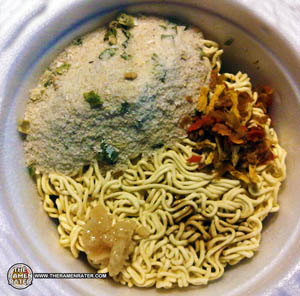 See what I mean about the powder seasoning? Huge amount! 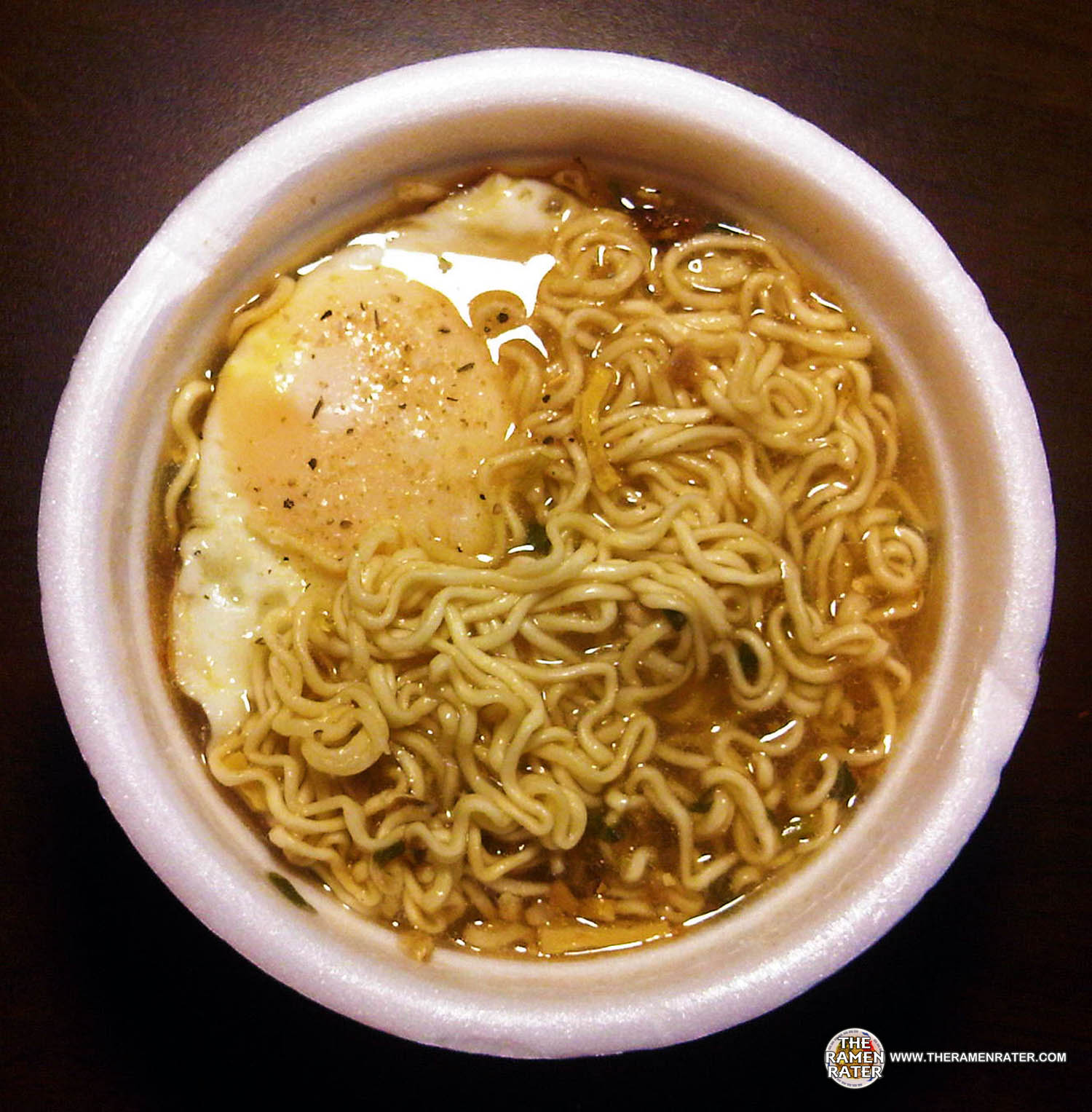 Finished (click image to enlarge). Added one fried egg with a little Krazy Mixed Up Salt on top. I gave it a try and must say it hit the mark as I expected. The noodles were okay – nothing amazing but not bad. The broth was slightly thick and almost slithery. It definitely had mushroom flavor going on as well as a funky pork fat taste. The veggies. The mushrooms were slimy and gross. Again, I’m not a big mushroom fan, but this really put me off. 1.25 out of 5.0 stars – at least my egg was good, but that didn’t add points to the score. UPC bar code is 4710008212638.

Something is going on in Korea.

But I don’t think Koreans are burping the Super Mario Brothers theme.