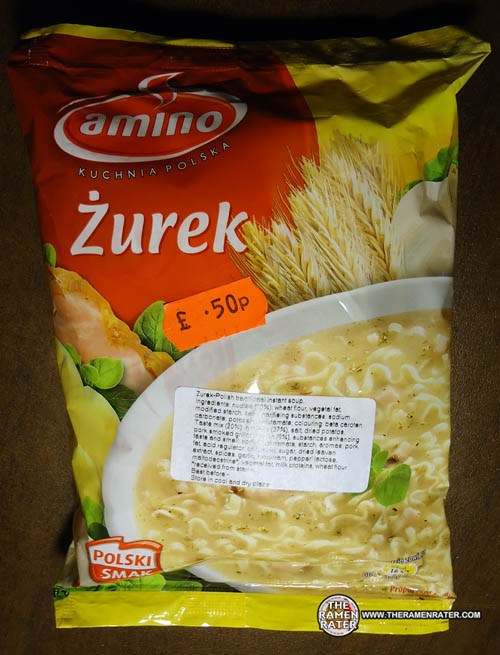 Here’s another new one from Joe & Gill of the UK! Wow! This is something brand new to me – instant noodles from Poland?! Yup they sure are. But what the heck is ‘Żurek?’ Well, Wikipedia has this to say:

The sour rye soup is a soup made of souredryeflour (akin to sourdough) and meat (usually boiled pork sausage or pieces of smoked sausage, bacon or ham). It is specific to Poland, where it is known as żur or żurek, and a variant is known as barszcz biały (“white barszcz“) which is made with wheat flour instead of rye. The soup is also found in the cuisines of other western Slavic nations such as Slovakia (kyslóvka). A variation of this soup is found in Czech Republic (kyselo – with mushrooms and without meat) and Lithuania.

Okay that’s cool – I have some ham I could add… Wikipedia continues:

In Poland it is sometimes served in an edible bowl made of bread or with boiled potatoes. The recipe varies from region to region.

In Silesia, a type of sour rye soup known as żur śląski is served in a bowl, poured over mashed potatoes. In the Podlaskie region, it is common to eat żurek with halved hard-boiled eggs.

In Poland żurek is traditionally eaten at Easter, but is also popular during other parts of the year. It is usually served with bread or buns, and sometimes flavored with bits of sausage, often in the plate made of bread.

I’ve got eggs too, so I think I’ll add some ham and hard boil an egg (of course after I have sampled the broth and noodles first for the review). 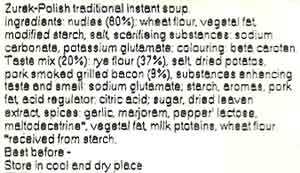 The import sticker (imported into England, that is). 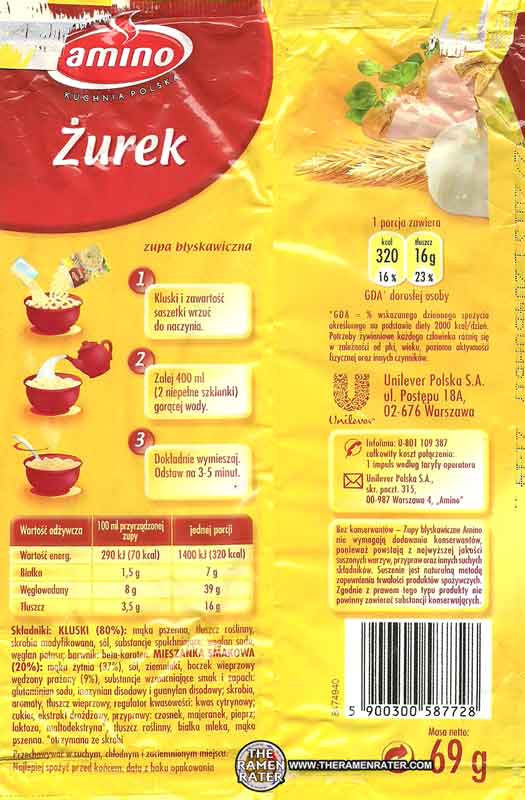 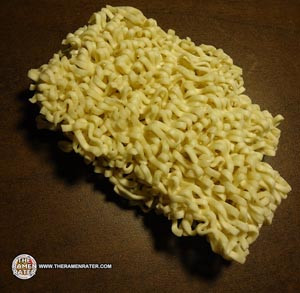 A big chunk of the noodle block. 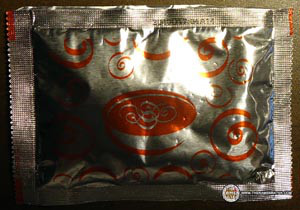 The seasoning packet. A good sized one with a lot inside. 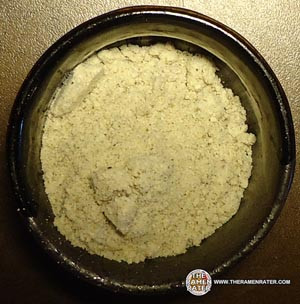 The powdered seasoning. Has a smoky scent and a definite sausage flavor – interesting! 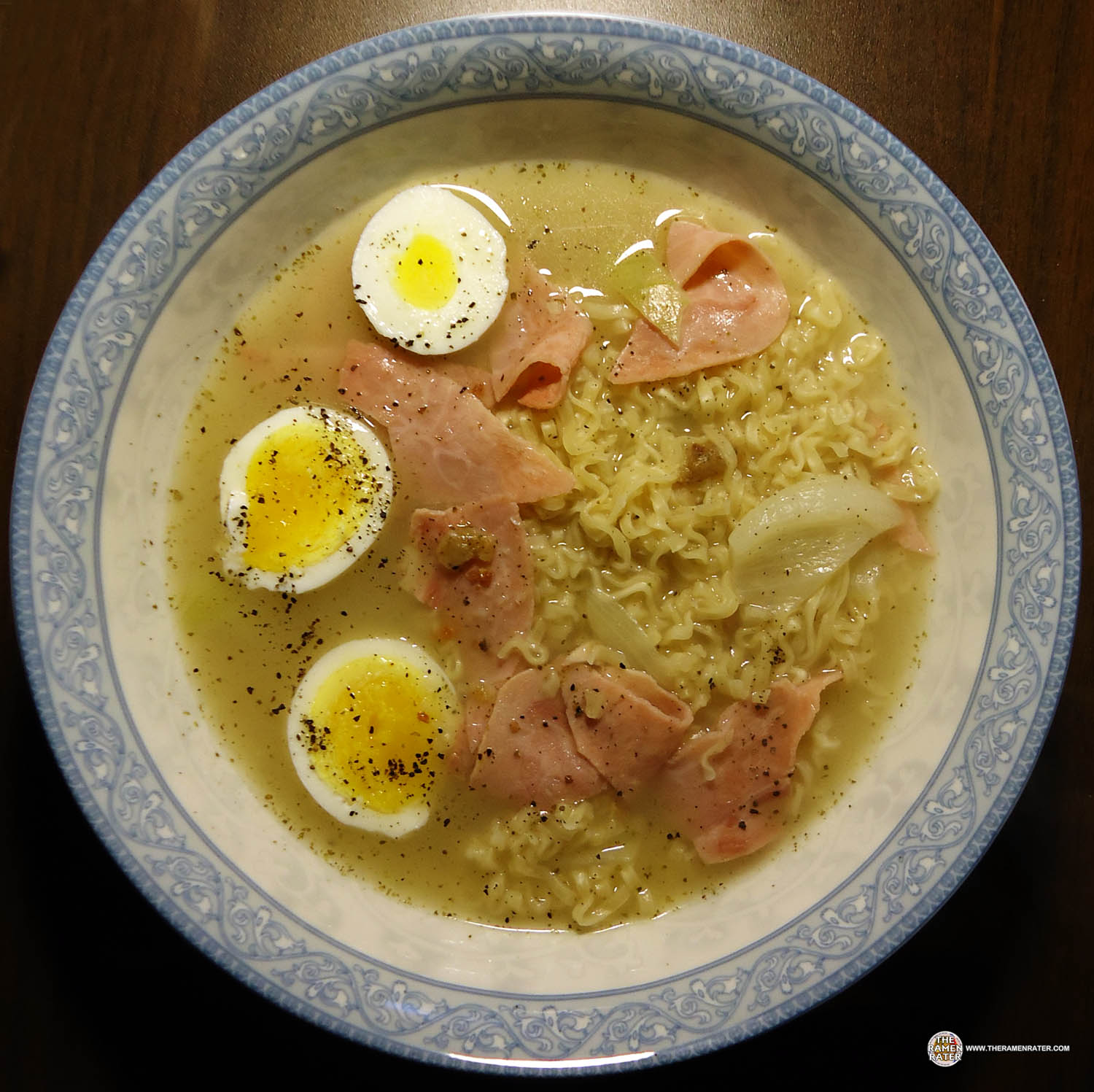 Finished (click image to enlarge). I added thin sliced ham, sweet onion, some hard boiled egg and a bit of black pepper. The noodles aren’t bad – nothing amazing though. A nice texture that one would expect from instant noodles. The broth is very interesting. A light, smoked meat flavor – like smoked sausage. Interesting stuff. 3.25 out of 5.0 stars. UPC bar code 5900300587728 .

Here’s a recipe for Żurek.