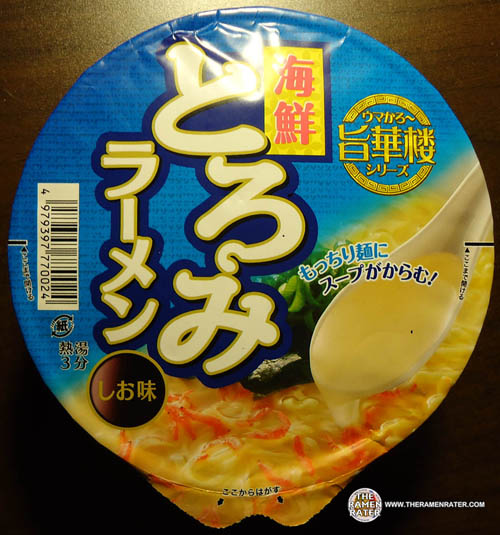 Some Japanese stuff that’s been waiting for just the right day – and this is it. I may have not translated the title exactly right – a few things mentioned ‘thickening’ and ‘flour,’ so this may be thick seafood ramen.  Anyways, shall we? 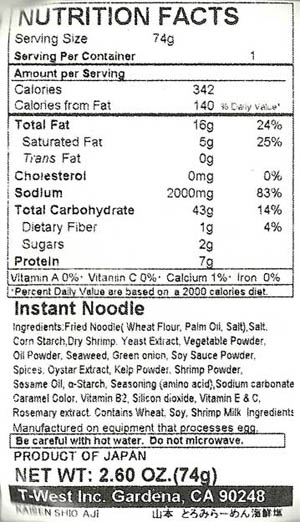 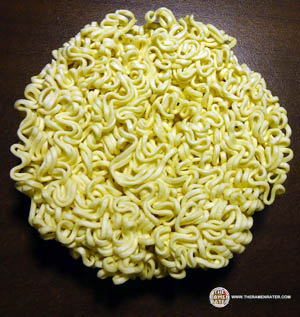 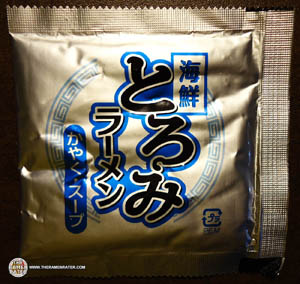 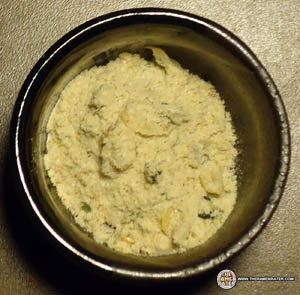 Here’s the seasoning powder. Very light and a good amount of it. 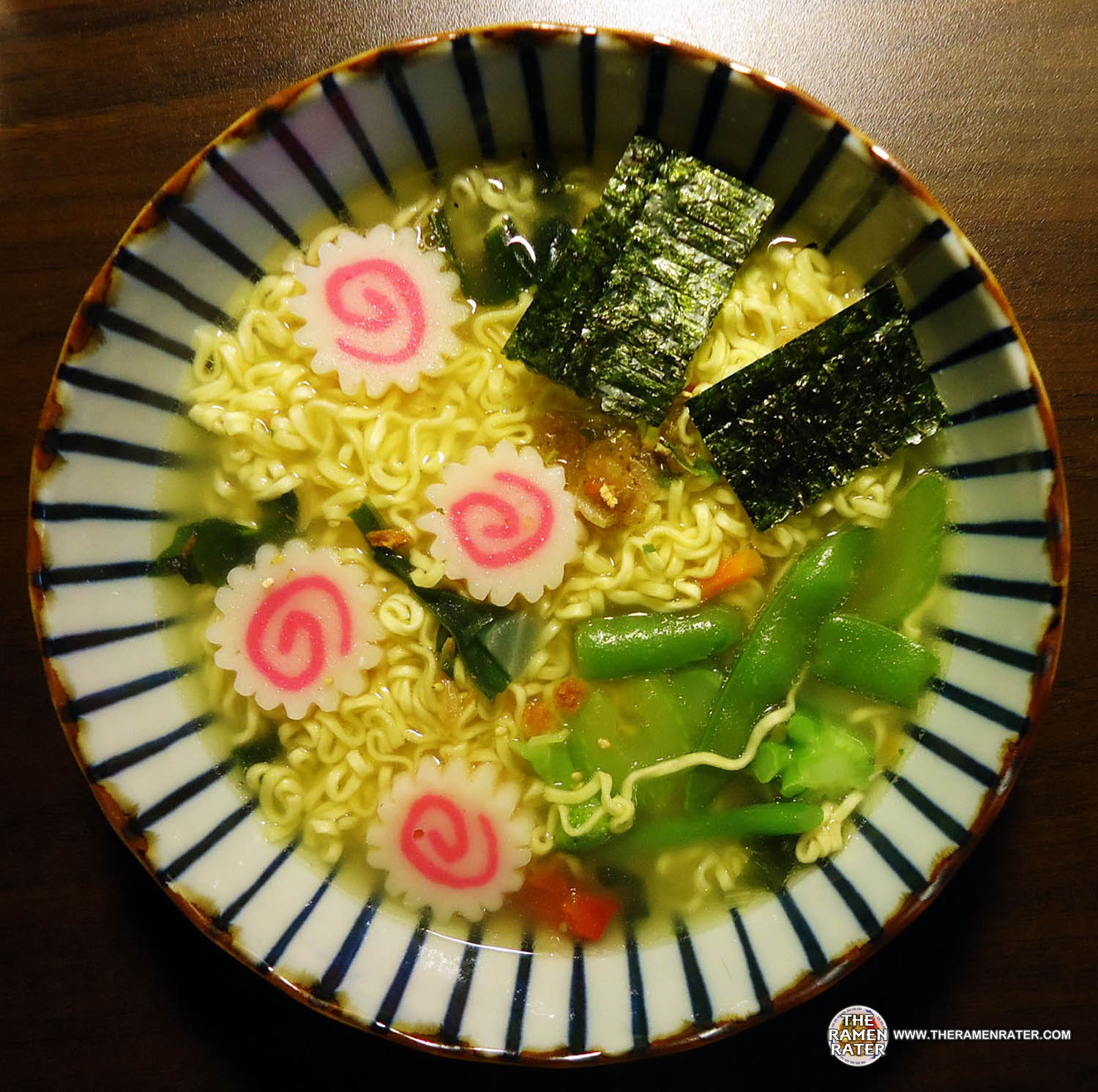 Finished (click image to enlarge). Added some stir-fry veggies, narutomaki, Ajishima Kim Chi furikake and some Sushinori. The noodles are good – a little thinner than most in a bowl and just slightly firmer. The broth is nice – salty and has a bit of that ‘of the sea’ flavor going on.  I liked it – good stuff! 3.5 out of 5.0 stars. UPC bar code 4979397770024 .