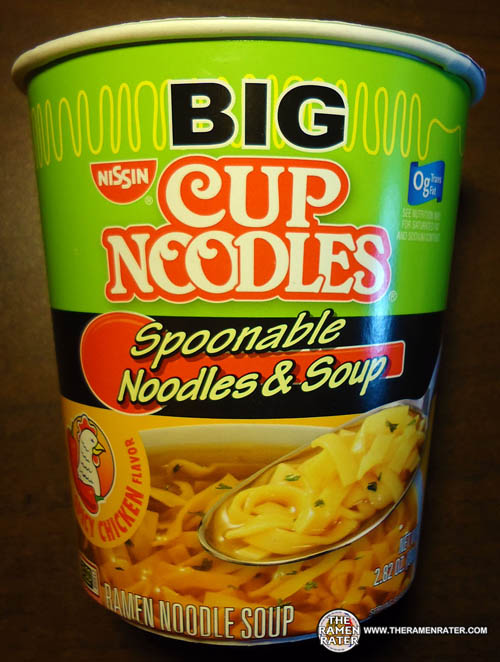 Here’s a new one from Nissin – Spicy Chicken Big Cup Noodles. Let’s give it a try! 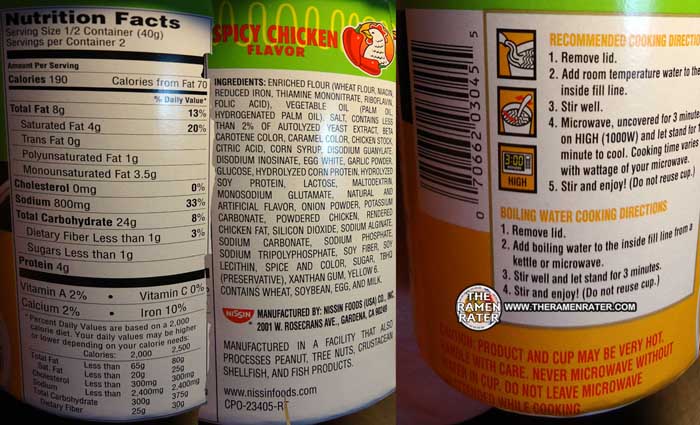 Here’s the info from the side panels (click image to enlarge). 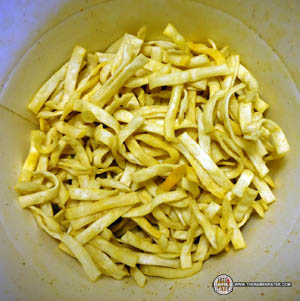 These noodles are definitely different. No packet – no detectable veggies. What’s great is they’re almost like potato chips or those Pik Nik shoestring potato snacks in a way if you try then uncooked. 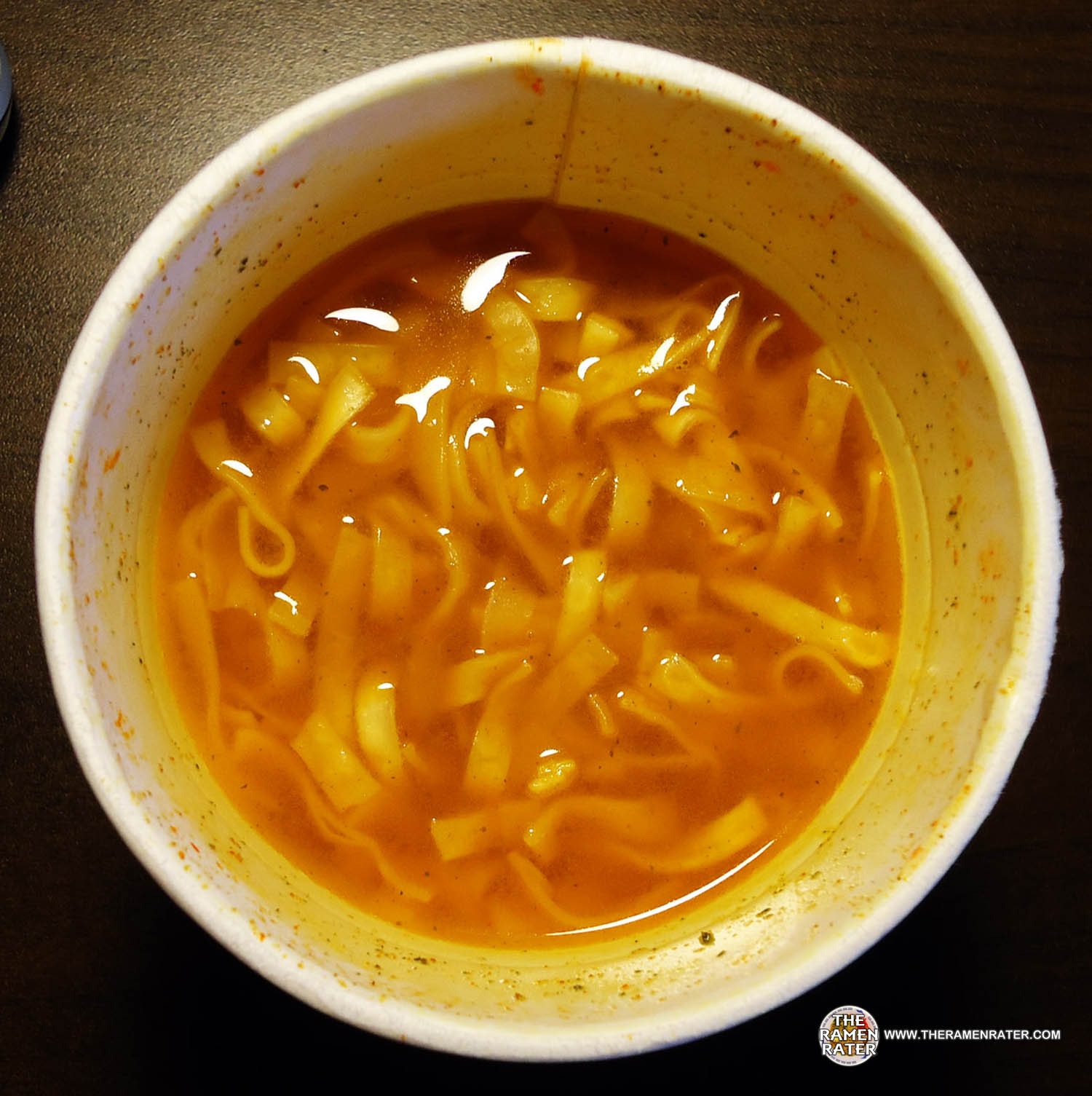 Finished (click image to enlarge). This was a quick one, but that’s because it’s very simple and to the point. You add room temp water up to the line, microwave for a few minutes and after a minute of cooling, you’re good to go. No packets – just add water and cook. So let’s start with the ‘spoonable noodles.’ They’re great – like a cross between rice noodles and egg noodles texture-wise. There’s plenty of them too. The broth was very nice too – had a little thickness to it and the flavor was chickenny and lightly spicy.  If you’re looking for spicy habanero heat, don’t look here. Pretty good stuff – convenient and fast. 3.5 out of 5.0 stars. UPC barcode 070662030455 .

Looks like King is what they call it in Japan!

Or they call it Big there, too!