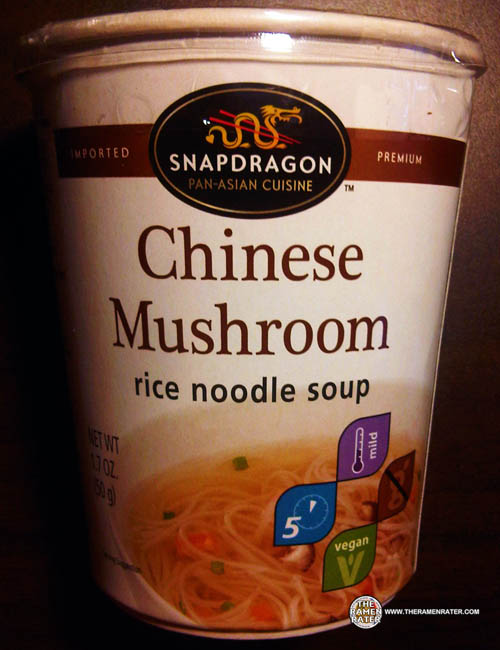 Chinese mushroom cup? Let’s give it a go… 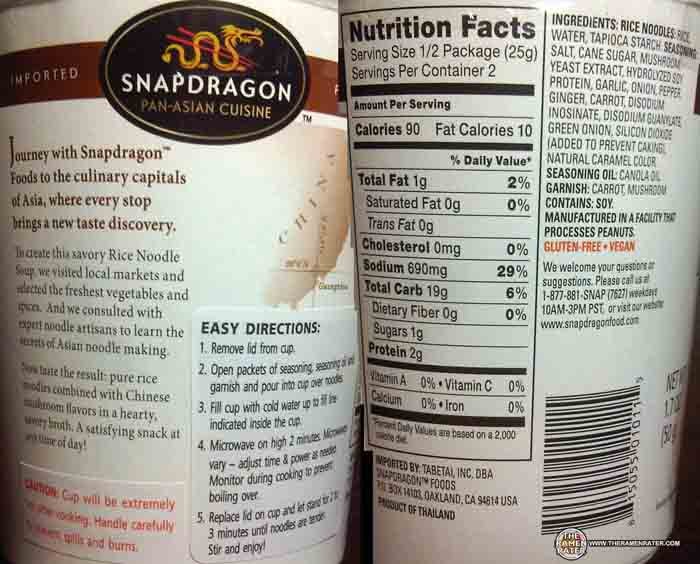 Here are the side panels (click image to enlarge). I like the stickers – I’m curious why they re-did thje directions – were they not so easy last time? 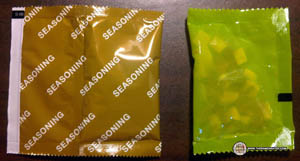 Seasoning powder and oil packet on left and a veggie packet on the right. 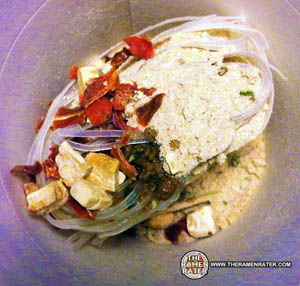 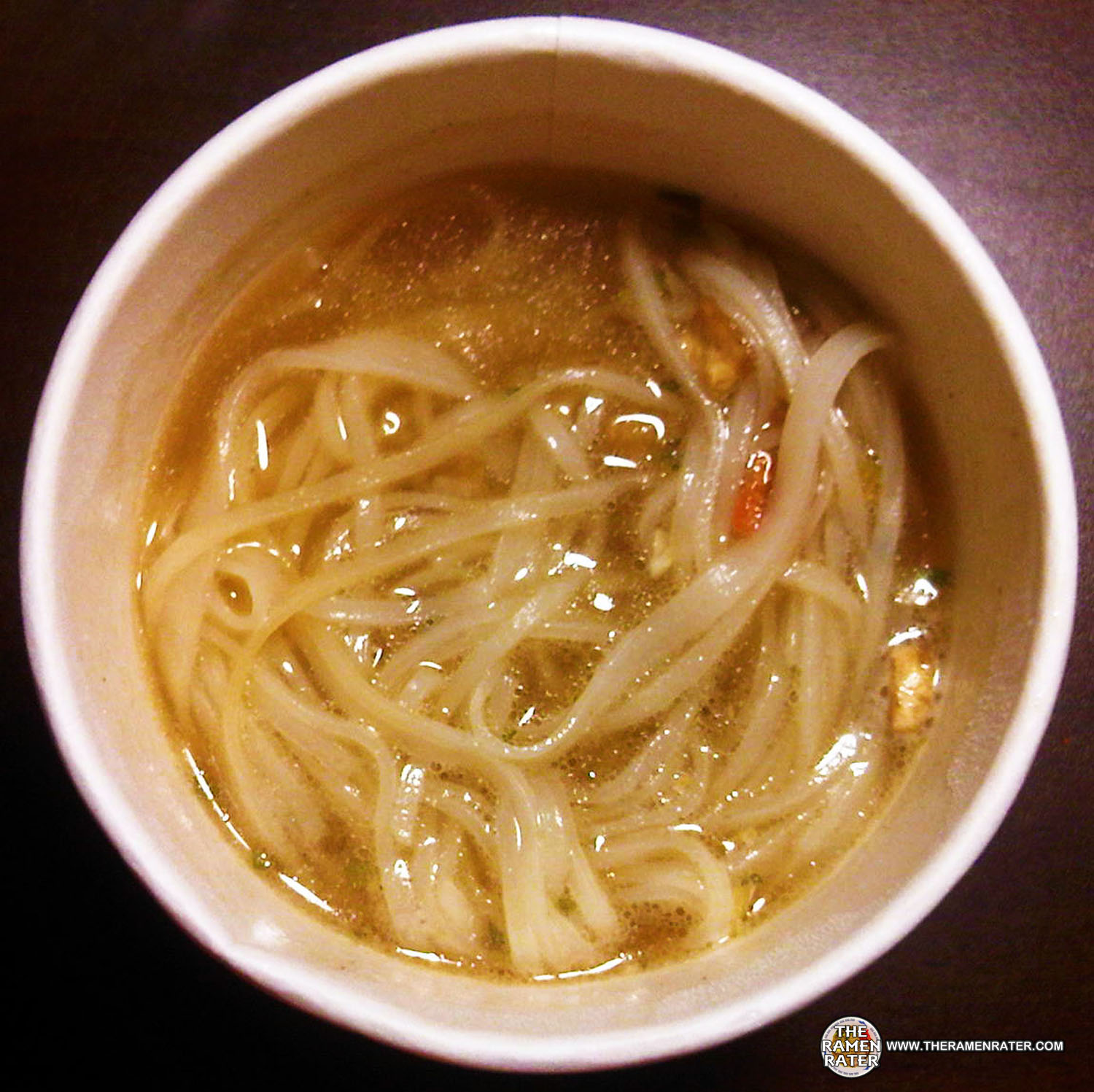 Finished (click image to enlarge). Well, here goes: the noodles were in a word, mushy. They had the right amount of steeping time too. I’m not detracting points though, because this was a nice kind of mushy; the kind you’d like to have with rice noodles in a cup – you can break em off with your lips. The broth is salty and has some hints of mushroom. Very mild and approaching bland, but not quite there. If you’re looking for something light and mushroomy, this is the ticket. As for the veggies, they weren’t prevalent. 2.5 out of 5.0 stars. UPC barcode 815055010115 – get it here.