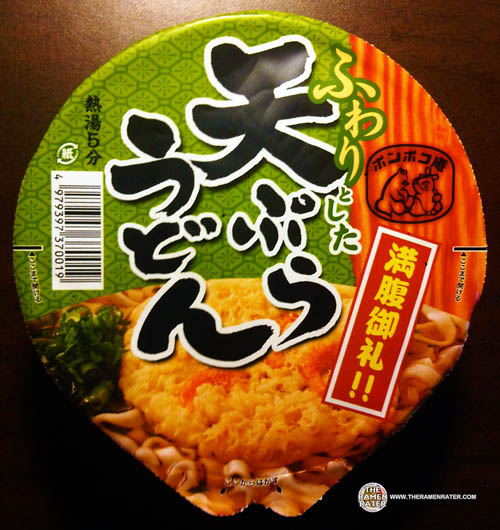 What an awesome bowl of noodles. First, it’s a new brand to me – Yamamoto. Second, it’s got tempura in there as well as udon. Third, there’s a couple tanuki on the label. 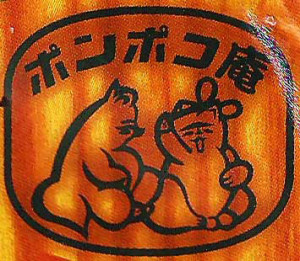 What is a tanuki Here’s the Wikipedia link – they’re common in Japanese folklore and often little statues of them can be seen outside restaurants and temples. The word tanuki translates to raccoon-dog. What’s strange about the statues is that, like the animals themselves which do exist – they have disturbingly large testicles. Now tanuki doesn’t appear in the title of this bowl, but ponpoko does. All I could find about ponpoko was that there was a video game released along time ago – here’s a link with info on that. Then there was Pom Poko, a Studio Ghibli movie about a war involving tanuki! 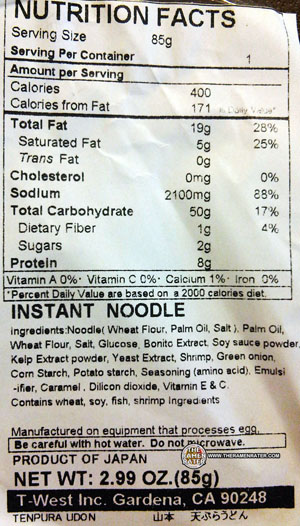 Here’s a sticker that was on the underside of the bowl. 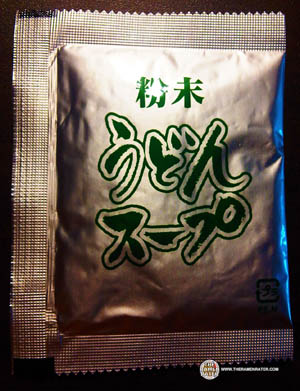 A single packet of seasoning powder. 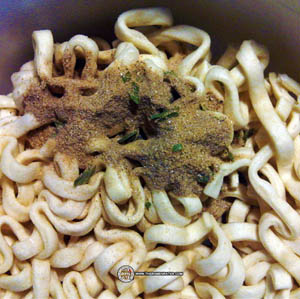 The seasoning powder is atop the udon awaiting a boiling water bath for a few minutes. 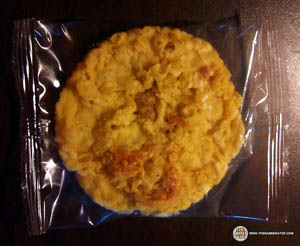 A nice disc of tempura is a wonderful finishing touch. 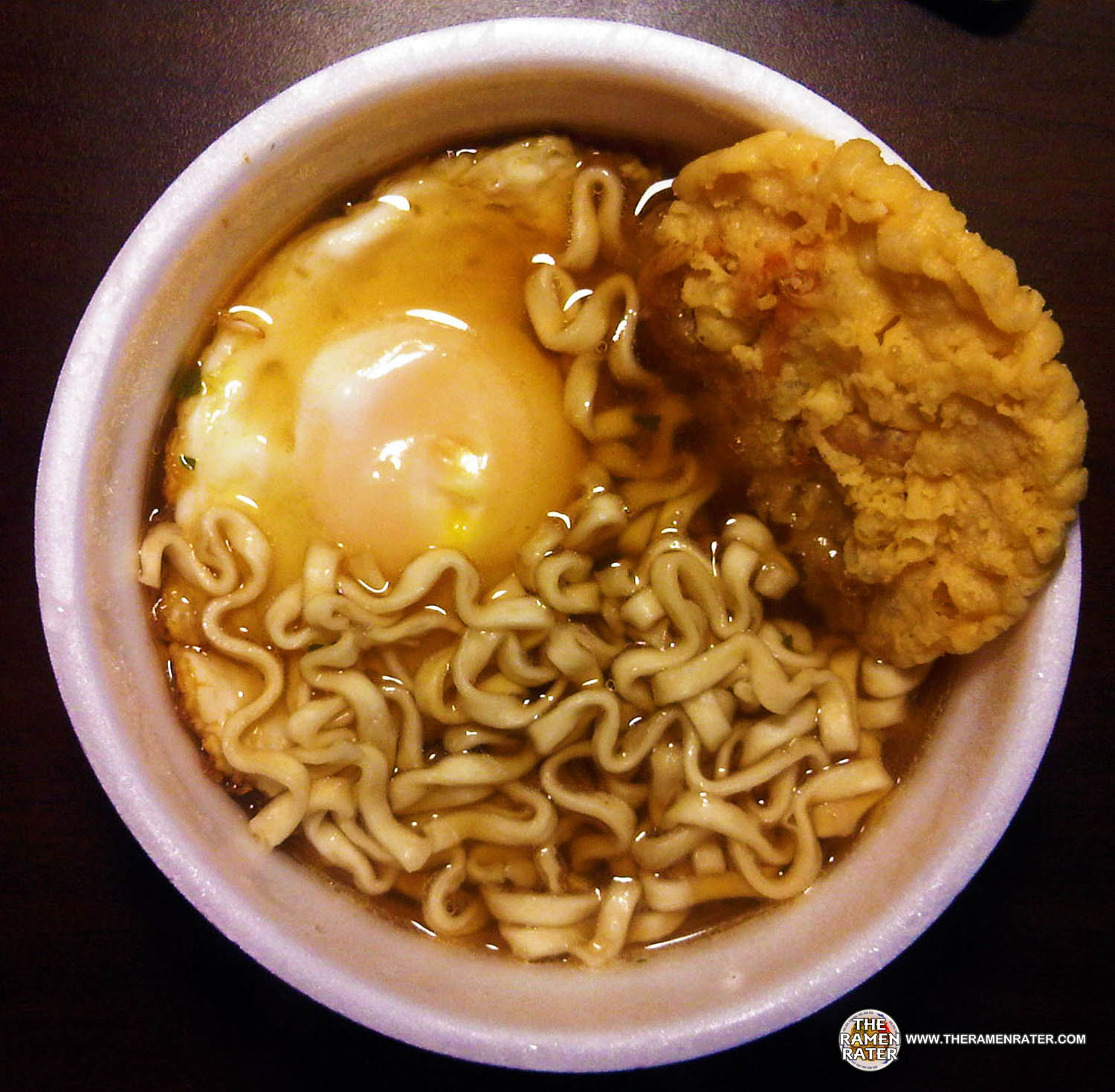 Click image to enlarge. Added one fried egg and its done. Oh man – the noodles are awesome – thick and slightly chewy. The broth had a salty and soy taste. The Tempura lent a satisfying crunch and I also let some intermingle with the broth and it made it a bit richer. This was worth the $3+. 4.75 out of 5.0 stars. delish!

If you really were wondering about the prowess of the tanuki, look no further than this commercial.

Here’s a real one