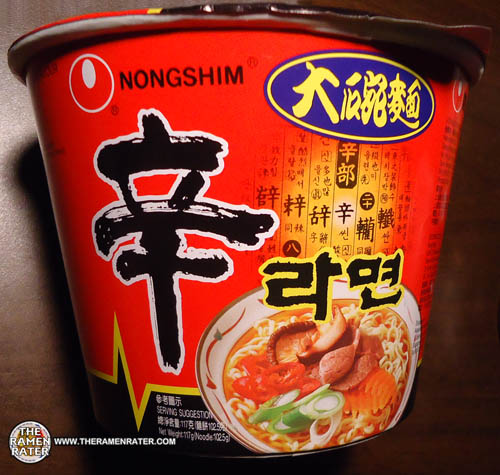 Another from my trip to Canada for my birthday. Wow – what a past two days here! The Top Ten 2013 list came out to a clamor of Taiwanese disapproval – Taiwan didn’t make the list. But, hopefully out of it all I’ll get contacted by one of the companies in Taiwan, but so far nothing. On to other things though – that being this interesting bowl by Nongshim. This one’s made in Shanghai, China. Let’s check it out. 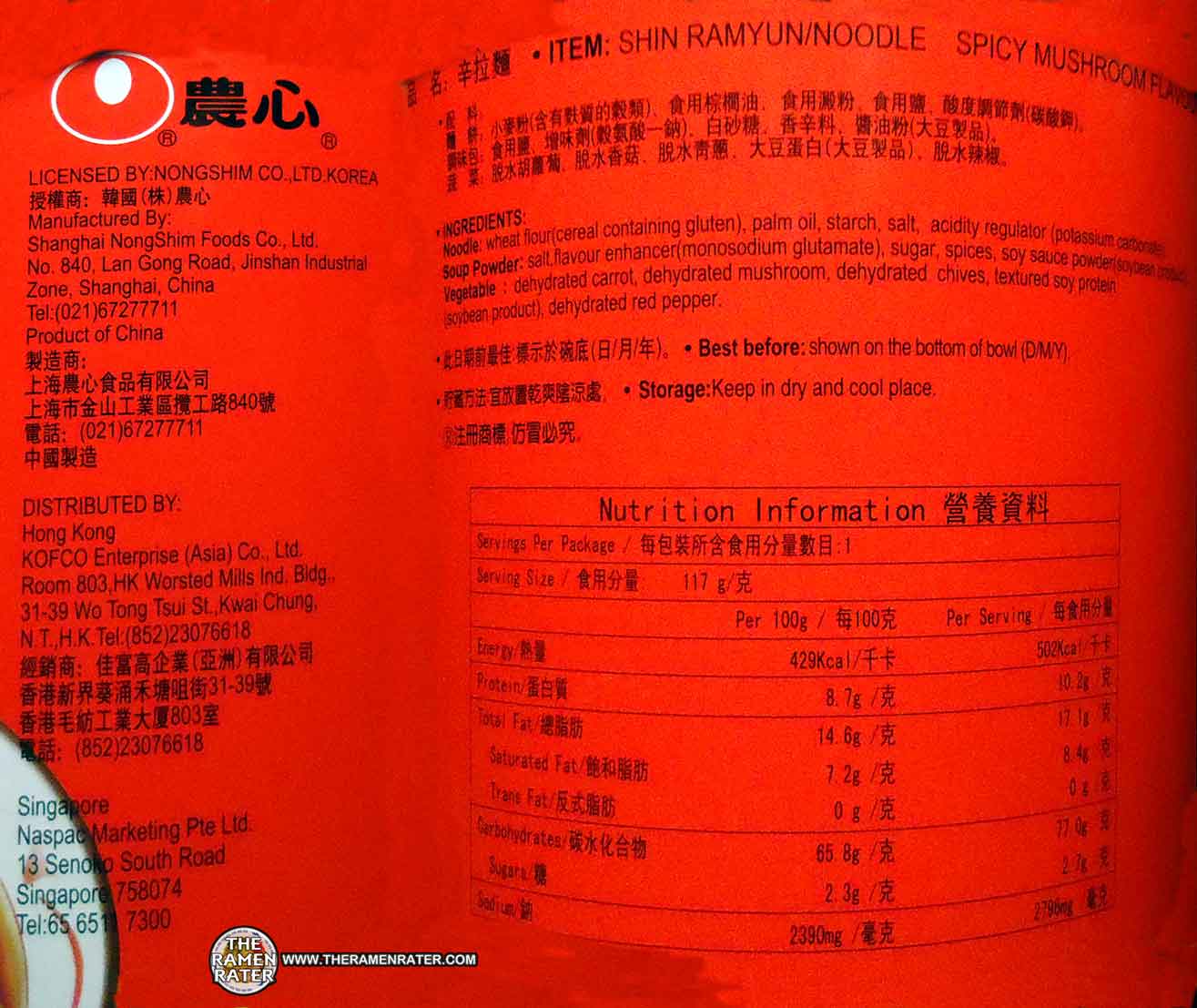 Hey look – an included fork! A new one, too! 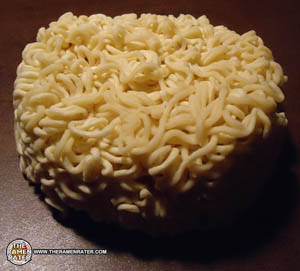 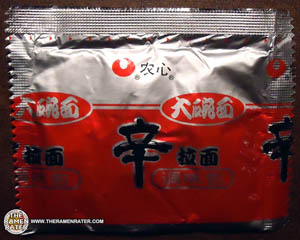 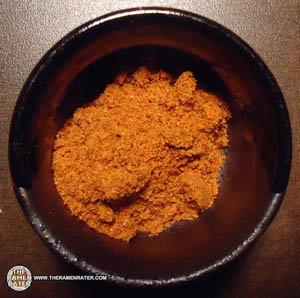 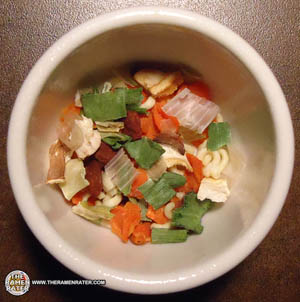 No veggie packet – this is what was in the bottom of the bowl. 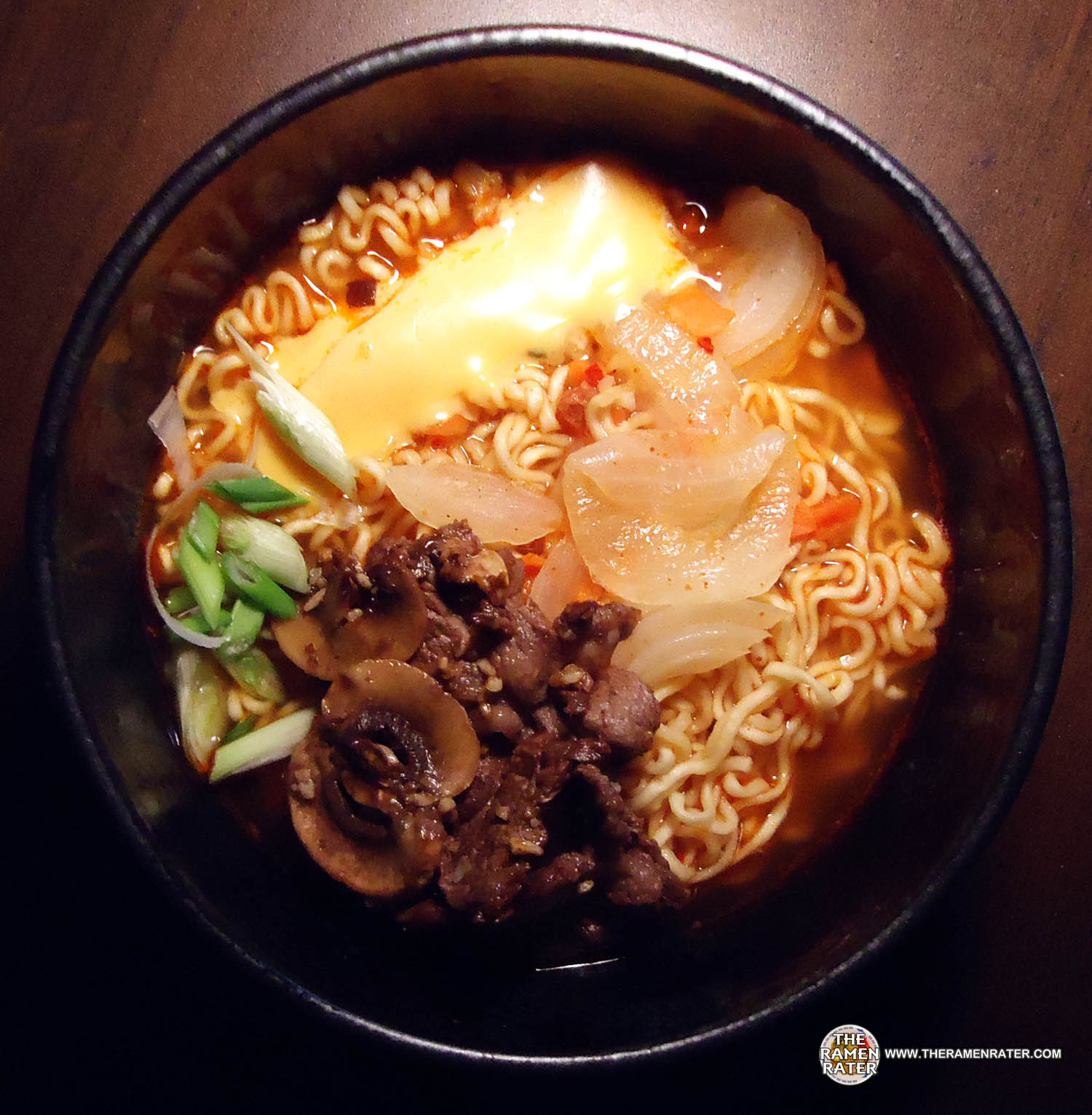 Finished (click image to enlarge). Added cheese, green onion, sweet onion, and sauteed beef with some mushrooms, Worcestershire sauce, and garlic. The noodles were a little disappointing – had some songiness I didn’t enjoy. The quantity was good though. The broth seemed a little on the weaker side and didn’t have the ‘oomph’ that I would have expected from Shin Ramyun. Not to say it wasn’t tasty – has a nice red broth flavor as I would expect from Shin Ramyun, just not very fiery in the spiciness department. The veggies hydrated nicely and were alright. 3.25 out of 5.0 stars. UPC bar code 6920238083016.

Making of video for Nongshim CF by T-Ara.