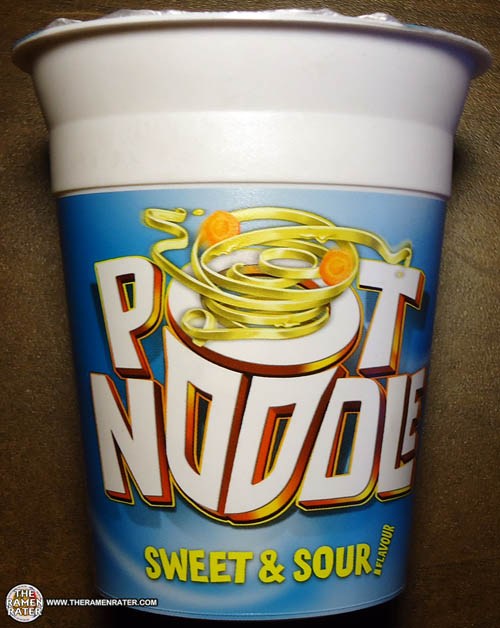 Here’s the first of many reviews of instant noodles that were donated by Joe & Gill of the UK! Thank you again! It’s been a while since I’ve reviewed a Pot Noodle. Generally they’re impossible to find in the United States – which surprises me since I think they’d do really well here. Anyways, Let’s check out the sweet and sourness! 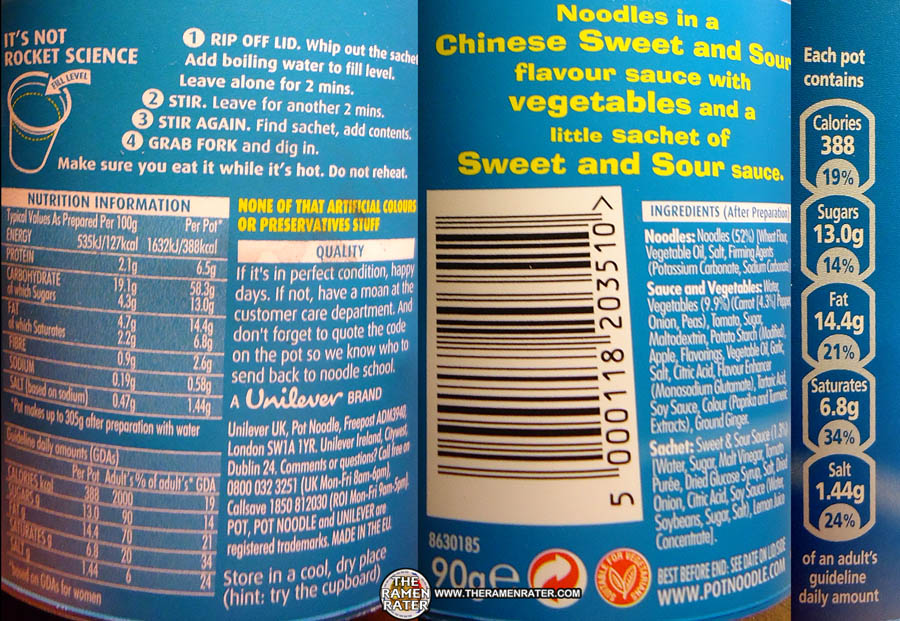 Here are the side panels – click image to enlarge. 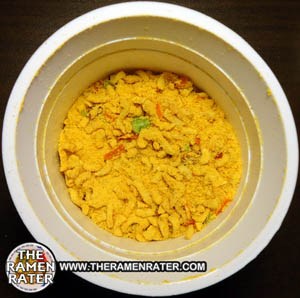 You’re probably wondering “what is that?” Well, a Pot Noodle is different from a Cup Noodle. The main difference is that instead of a broth is has more of a sauce. The large amount of powder is mainly wheat flour that will turn into the sauce.  Underneath lies the noodle block. 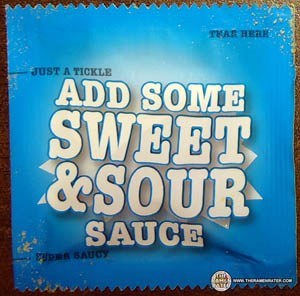 They usually include a little sauce p[acket that goes well with the motif of the cup. It sounds pretty good, too! 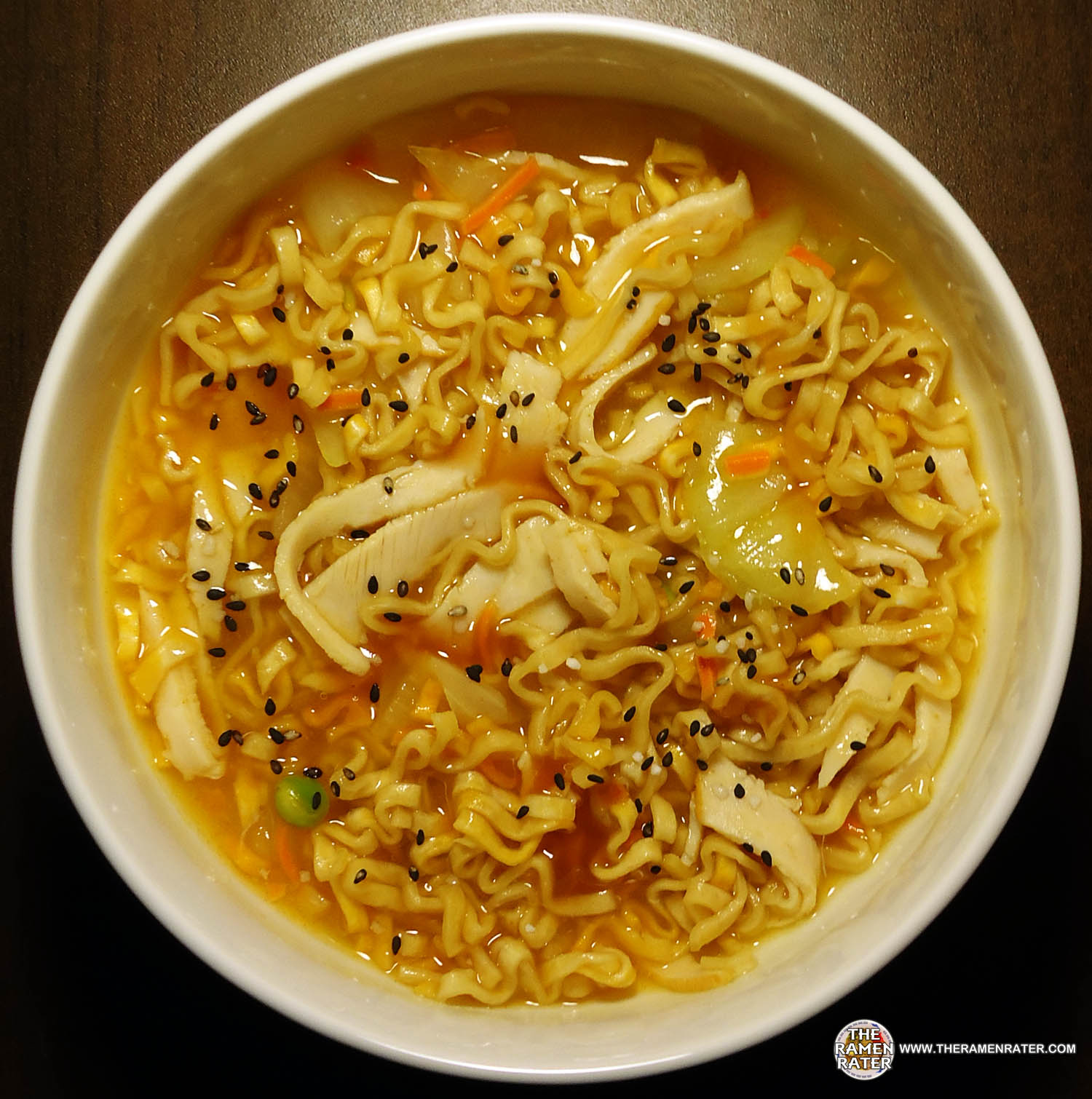 Finished (click image to enlarge). Added sweet onion, turkey breast lunch meat and Urashima Sesame & Salt furikake. Wow – for something so downed on in Red Dwarf, this is pretty decent! The noodles are broad and flat with a slightly crumbly texture. The sauce is a thick sweet and sour kind of thing – has a nice taste to it. The little sauce packet was kind of odd – had an almost puckery acidity to it – not what I think many would think of when they think sweet and sour sauce like one would find in Chinese take-out. All in all an interesting melange of flavor. 3.75 out of 5.0 stars – possibly my favorite Pot Noodle thus far! UPC bar code 5000118203610 .

Someone made this video on cooking Pot Noodles…