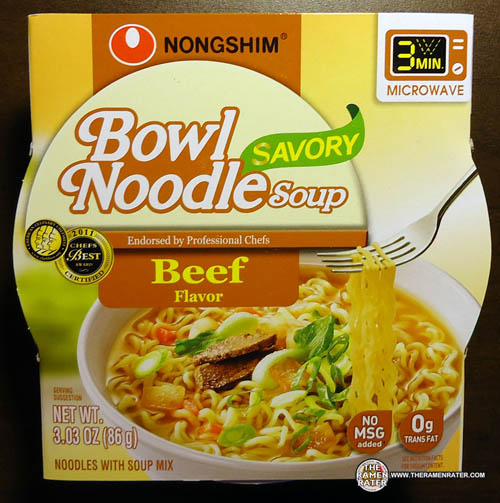 The nice folks at Nongshim were kind enough to send some samples of this new beef variety recently. Haven’t tried any of them since they’ve gone with the new outer packaging! Let’s give it a try! 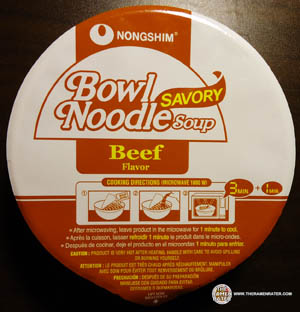 Here’s what you see when you remove the cardboard outer packaging. 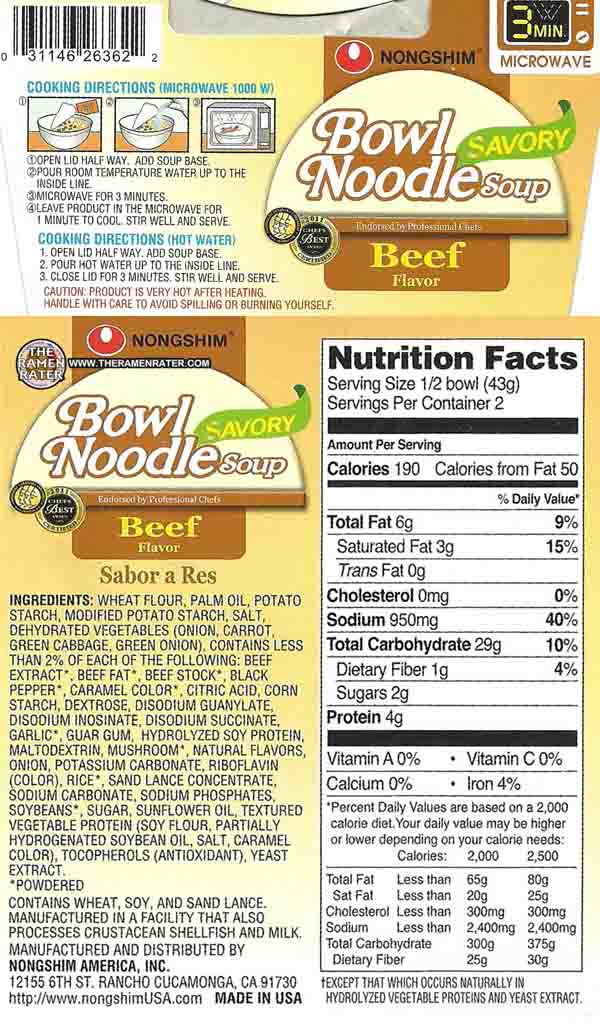 Side panels from the covering.Click image to enlarge. 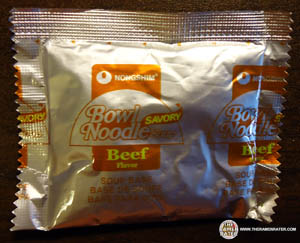 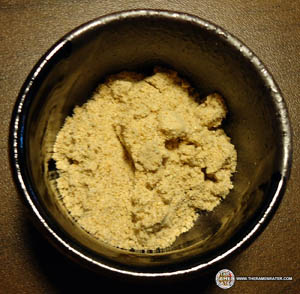 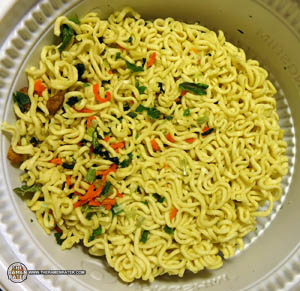 The noodle block and the veggies are together. I spied a little beef nugget thing and had to give it a try in its uncooked state. It was pretty good – had a decent beef taste. I imagine it’ll be much better cooked! 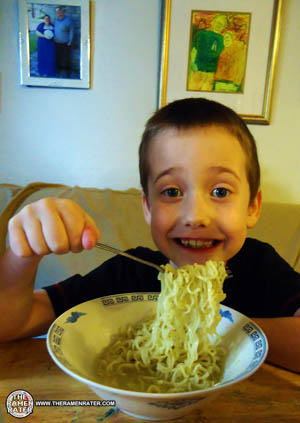 Andy had a bowl of noodles today as well! 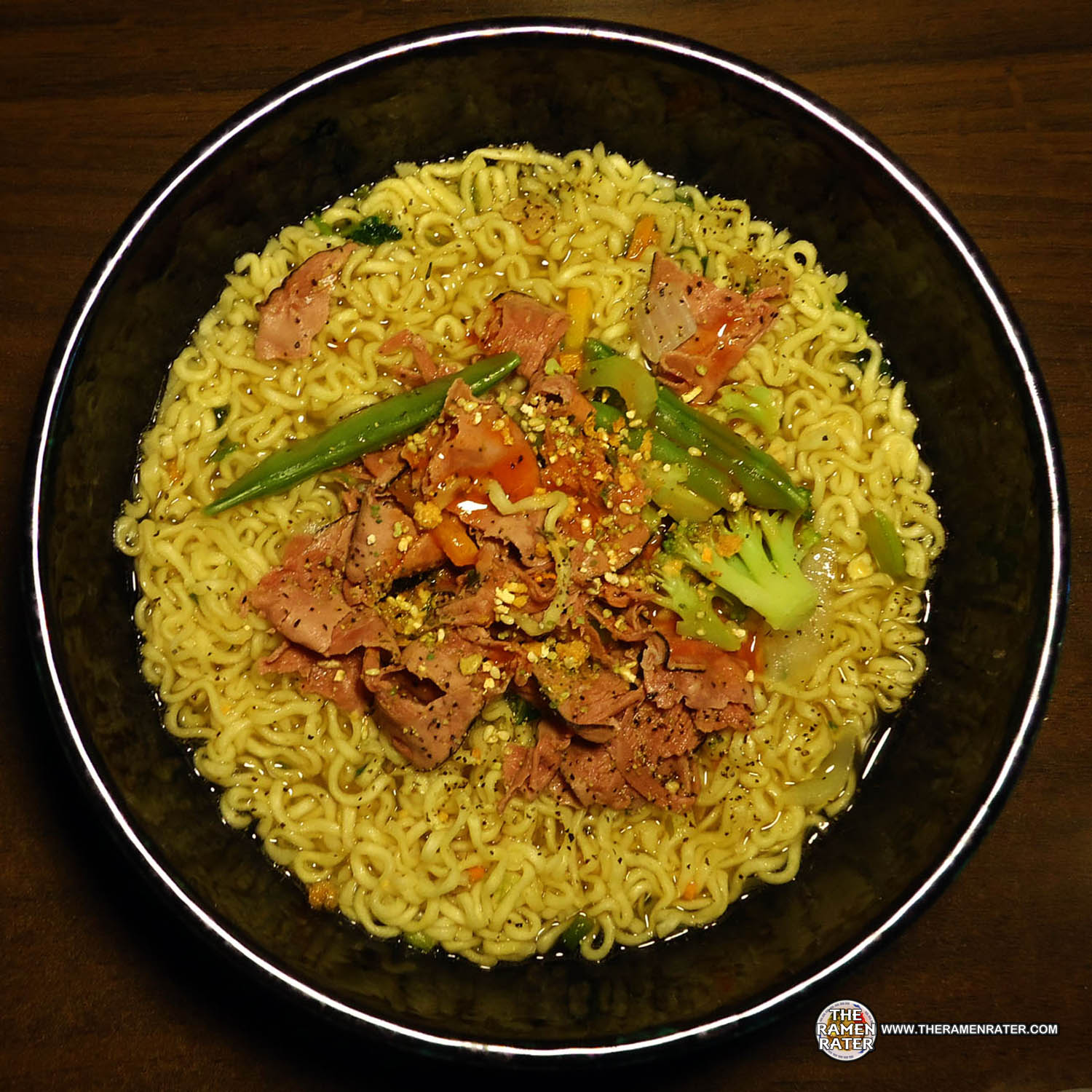 Here’s what I had (click image to enlarge). I made the noodles according to instructions and on the side I boiled some stir-fry veggies and some roast beef. I drained it and dropped some Texas Pete hot sauce, Krazy Mixed Up Salt  and Ajishima Kim Chi furikake on top of that and called it a meal. The noodles are good they have that nice, almost buttery-ness to them I like. The broth is great – a lot of flavor – not too salty – and beefy too! The veggies were pretty good – hydrated well – wish there were more of them. The little bits of beef were interesting and very good. I’m so used to Nong Shim’s bowls to be spicy – it was almost like something was missing, but this isn’t a spicy bowl of noodles. Adding spiciness was good – I was able to regulate it to my tastes. Pretty good beef bowl! 4.0 out of 5.0 stars! UPC bar code 031146263622 – get it here.