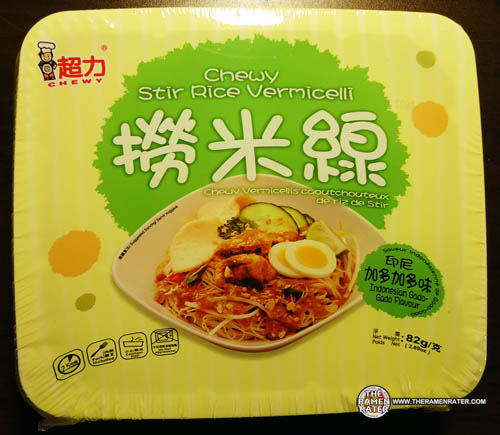 Here’s another one my sister brought me back from Canada! This one piqued my interest – gado-gado? Wikipedia says:

Gado-gado (in Indonesian or Betawi language), also called Lotek (in Sundanese) for its cooked version – differed from lotek atah or karedok for its fresh and raw version of the vegetable covered with peanut sauce and pecel (Javanese language) is an Indonesian dish comprising a vegetable salad served with a peanut sauce dressing.[1] It is thought to have originally been a Sundanese dish. It is widely served from hawkers carts, stalls (warung) as well as in restaurants and hotel both in Indonesia and worldwide.

Gado-gado is part of a wide range of Indonesian dressing & salad combinations, along with lotek, pecel and karedok. In many places, to retain authenticity in both the production and flavor, the peanut sauce is made in individual batches, in front of the customers. However, since the dish has gained popularity (because of the increase of Asian-themed restaurants) Gado-gado sauce is now mostly made ahead of time and cooked in bulk, although this is probably more common in Western restaurants rather than in Indonesia. Compared to Western and Indonesian salads, Gado-gado has much more sauce in it. Instead of being used as a light dressing, the vegetables should be well coated in the sauce.

With that being understood, it sounds almost slightly like a pad thai variation when mixed with noodles. Well, we’ll see! 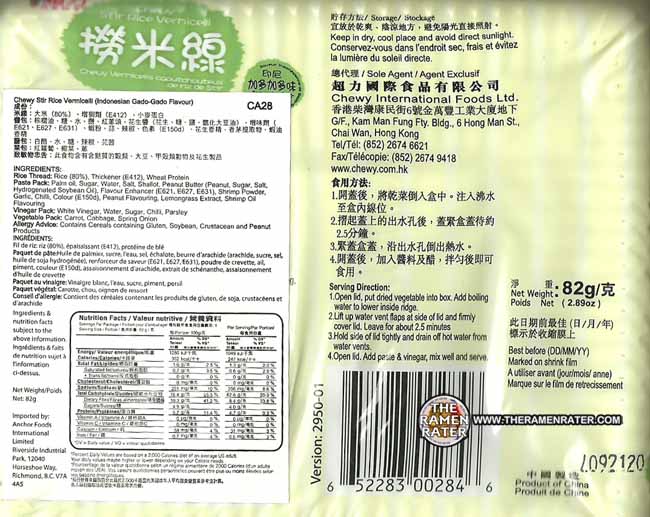 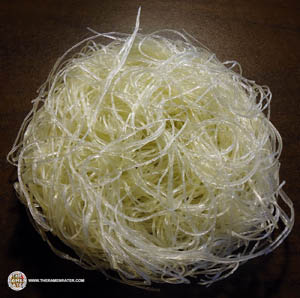 This is an interesting noodle block; more like a rounded and spun rice vermicelli toupee! 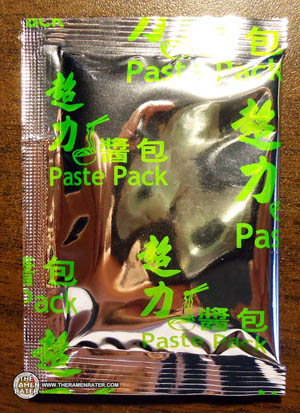 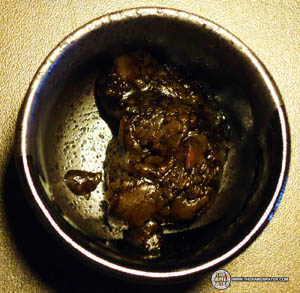 Has a very nice odor – got a smidge on the old finger so tried it – yup – peanut butter! 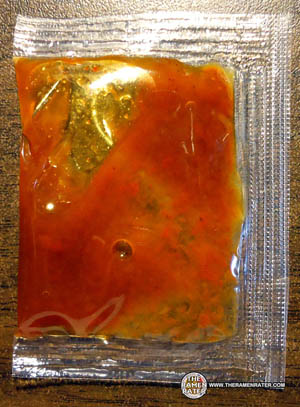 No labelling on this one – what could it be? 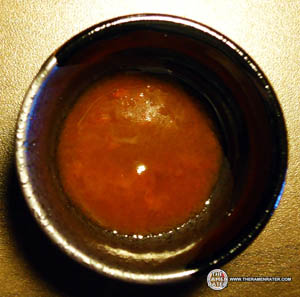 Found it on the back – this is a vinegar-based liquid seasoning. 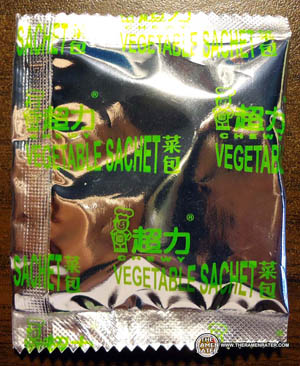 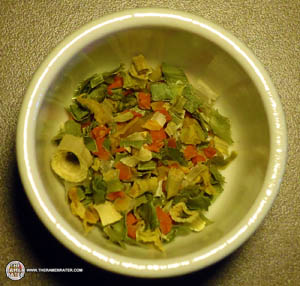 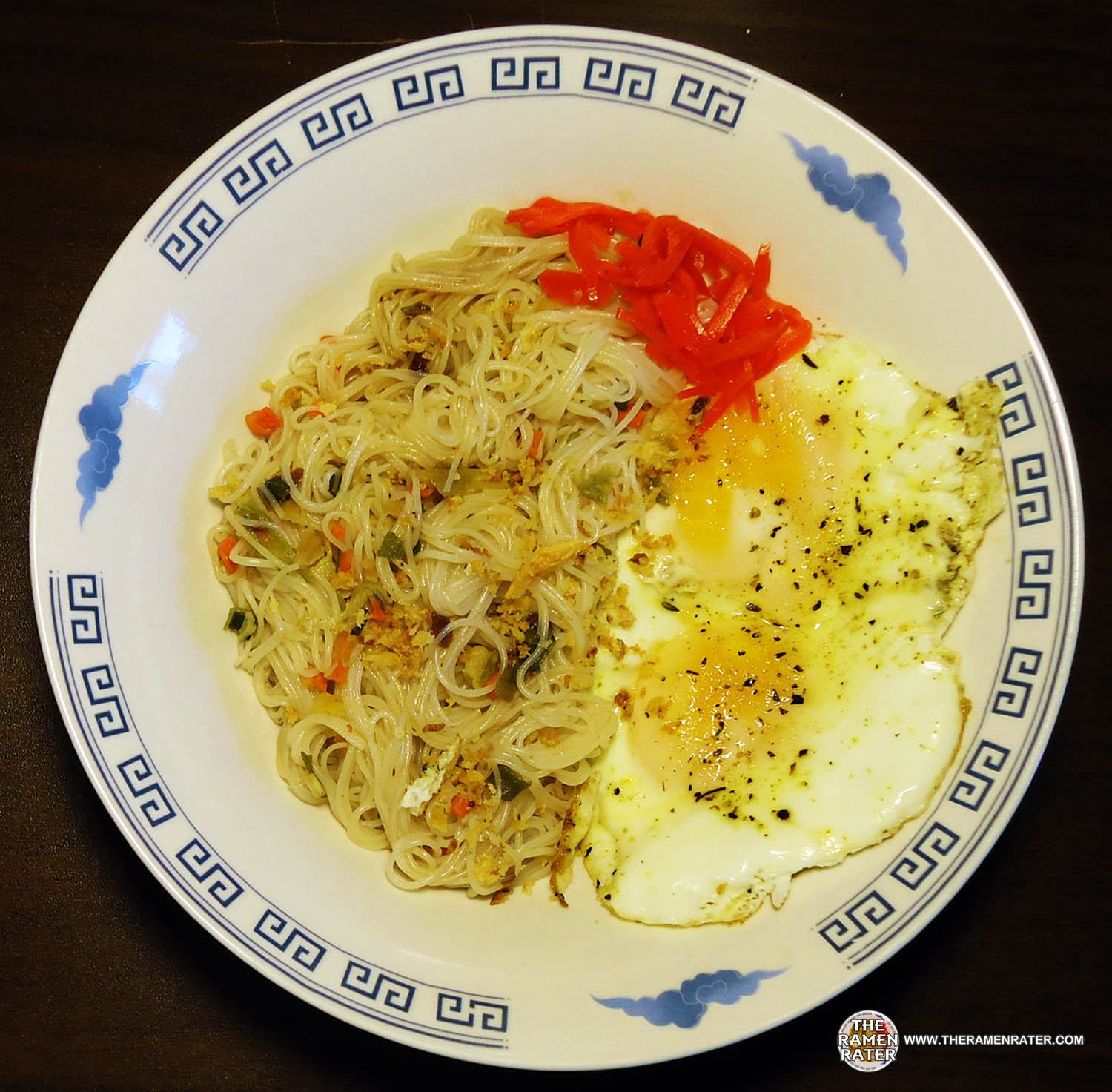 Finished (click image to enlarge). Added some kizami shoga (pickled ginger), fried shallots, two eggs and a little Krazy Mixed Up Salt. Well, the noodles aren’t bad – they don’t clump too badly for rice noodles. The flavor? Very bland. The peanut sauce is a slight hint and unfortunately the veggies weren’t great either. Had high hopes for this one but uh-uh. 2.25 out of 5.0 stars. UPC barcode 652283002846 .

Awesome video on making homemade gado-gado – it pauses for a second but it fixes itself.