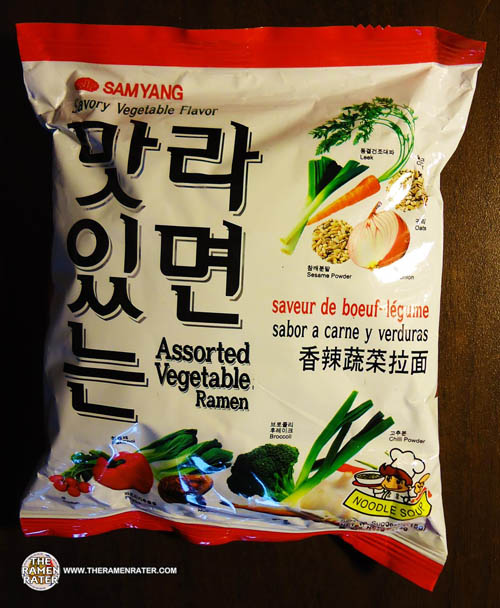 Here’s another one from Ramen Place! I’ve tried the cup version which just said 60 Ingredients, but it’s got to be the same thing here, just in a pack. Let’s give it a try! 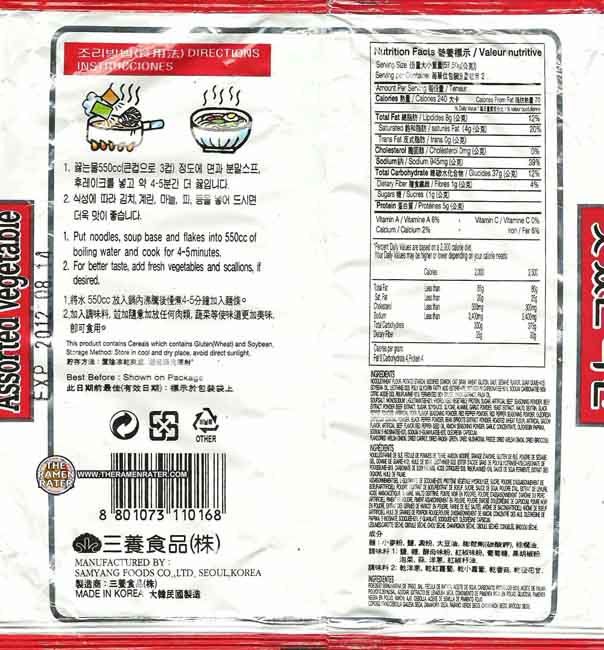 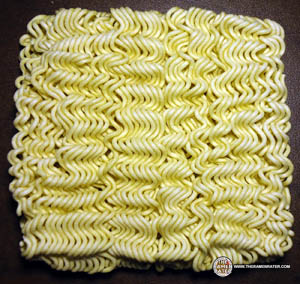 Here’s the noodle block – a big one. 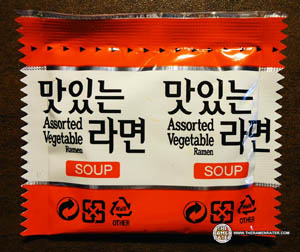 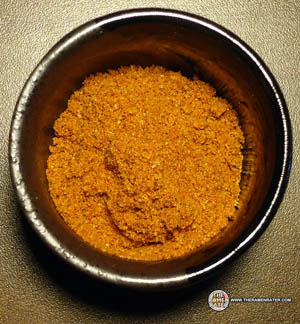 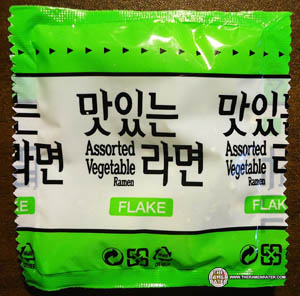 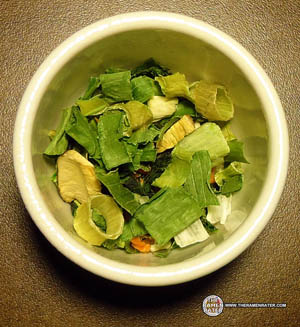 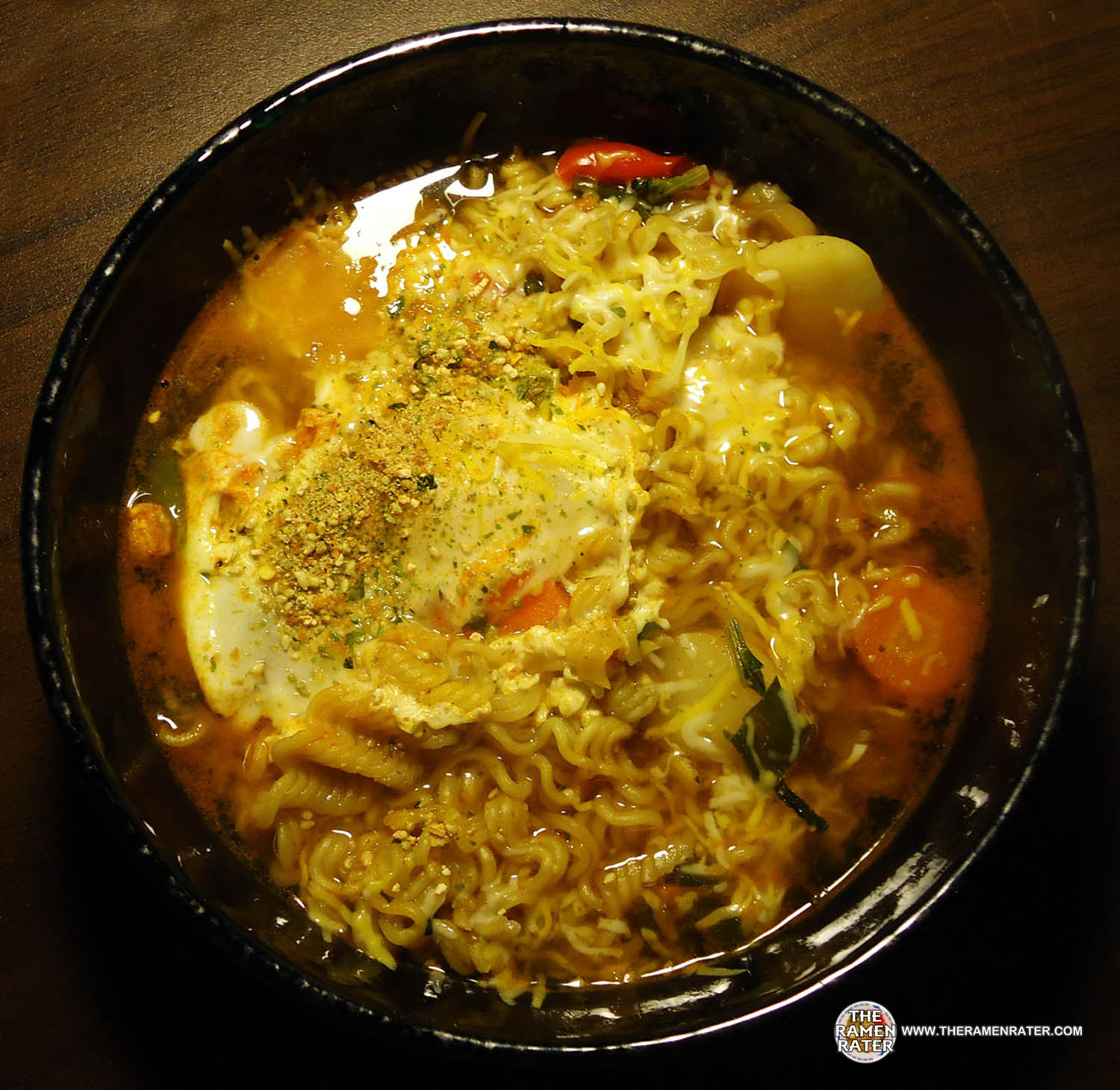 Finished (click image to enlarge). I added some Bird’s Eye Stir Fry veggies, an egg which I boiled with the noodles, a little pinch of cheese and some Ajishima Kim Chi furikake! So starting with the noodles: chewy and very Korean. A slightly wider gauge than a regular instant noodle and a better quality noodle. The broth is great – a nice vegetable flavor and a good spiciness to it. The veggies were appropriately everywhere and re-hydrated nicely. I liked this one – and then I added all my stuff to it and it was even better! Good stuff – 3.75 out of 5.0 stars. UPC barcode 8801073110168 – get it here.