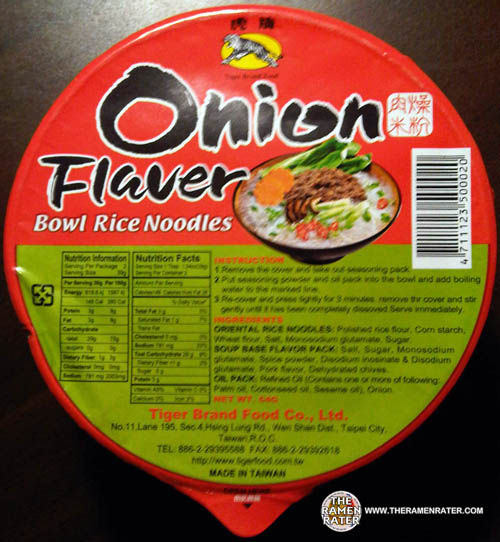 So spell-check wasn’t working the day you made the lid for this stuff was it folks? No matter – I will be forgiving on that note as I review a bowl of noodles that claims to have onion flavor – and I really like onions so this should be awesome!

Interesting – a veggie pack and an oil pack. The veggie pack was simply a ton of green onions and the oil pack was thick and lots of both. 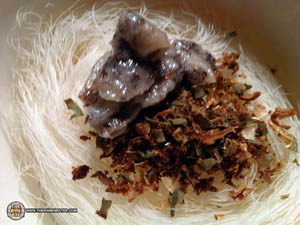 Whoa… The noodles are in a little bird’s nest – I always like that. 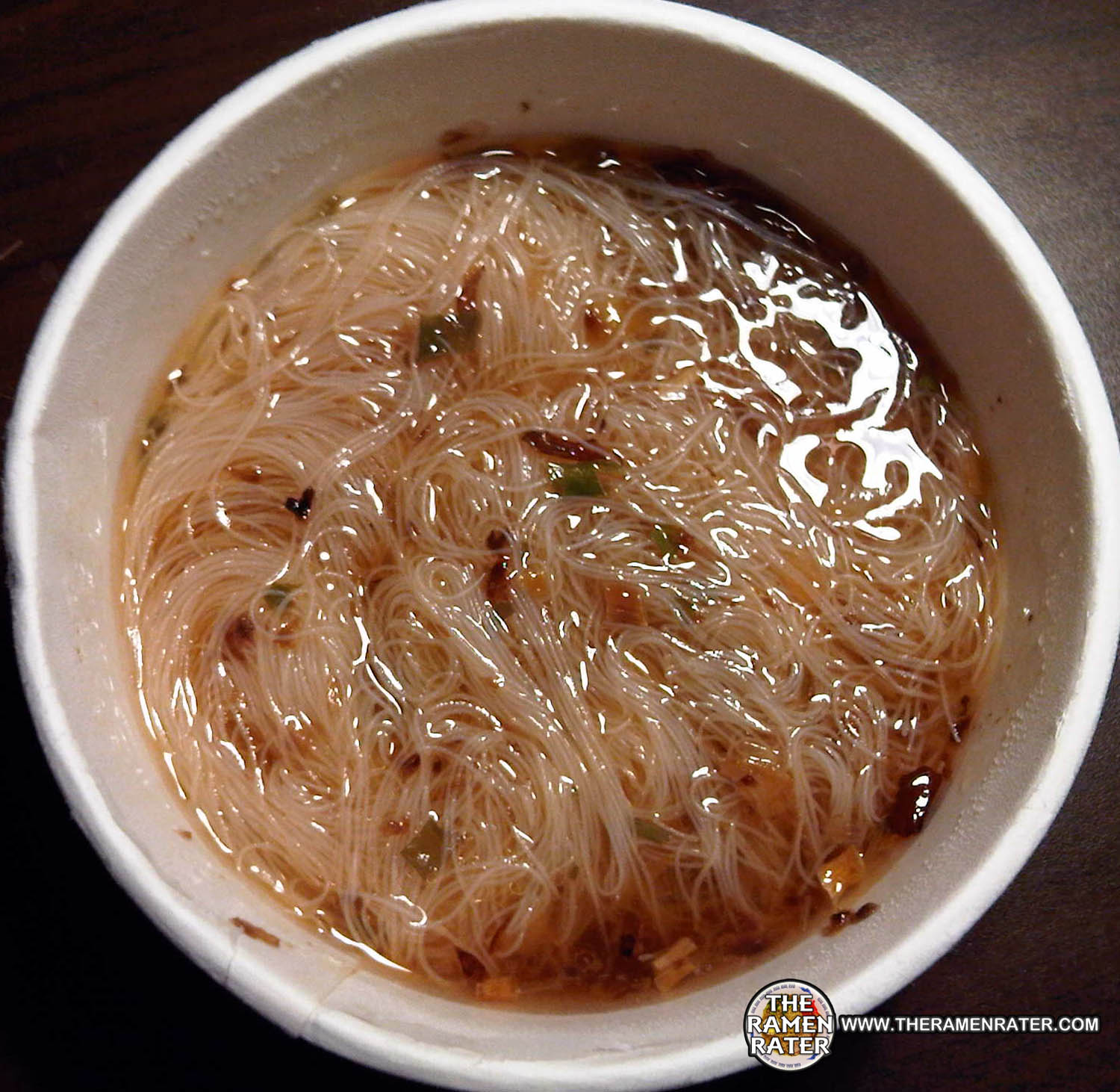 Click image to enlarge. Oh wow this isn’t fun for me. Noodles are those extremely this angel hairs – literally like hair. It’s really not my thing. Also, its not the kind of rice noodle I like at all – its not chewy; its almost mushy . Noodles don’t get my approval. So hopefully the broth is good and makes everything come together…

Not so much. The broth has a nice flavor, but it is definitely overshadowed by the oil. Very greasy and gross. The Onions themselves aren’t great in it either.

Here’s what I say about this stuff – YUCK. I’m going to say that I used to have a good length beard and from time to time I would wake up and it would be in my mouth. That’s what these noodles were like. Eating these noodles was like eating your own hair with some vegetable oil and onions mixed in.. I’m giving it a 0.0 out of 5.0 stars. That’s right folks – the big zero zip zilch. I think I’ve only given one other instant noodle that rating and it was a long long time ago.