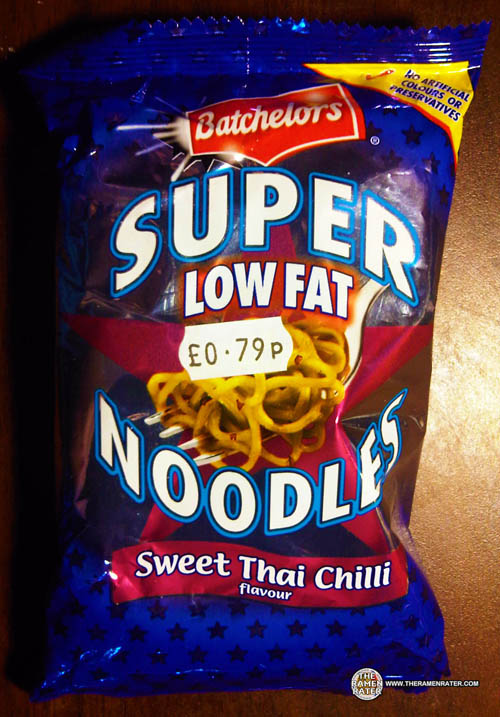 This is the last of the Super Noodles sent by Cindy C. of England. Thanks again! 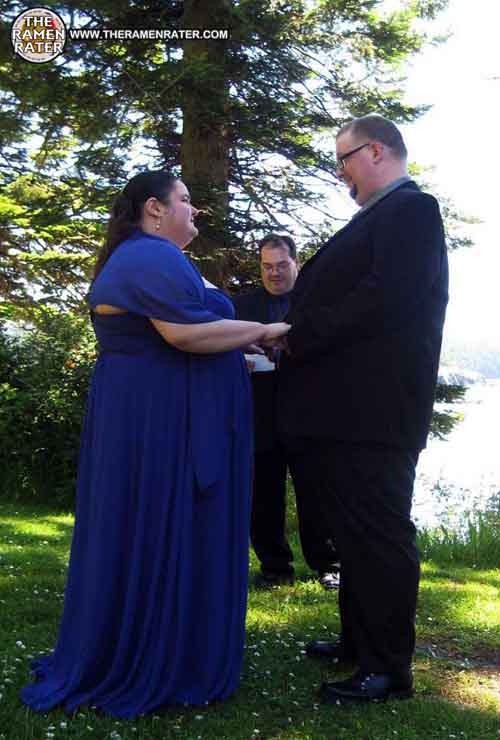 So today is my wife and I’s second anniversary. No, not a wedding anniversary – we got married in July. This is our two year ‘Click-I-Versary.” You see, we met on an online dating website! Two years ago today she clicked a button on my profile and let me know she liked me. I did the same. The chatted online for a little bit and then called and talked to each other for many hours – the rest is history! I can honestly say I’ve never been happier in my life. Love you, Kitten! 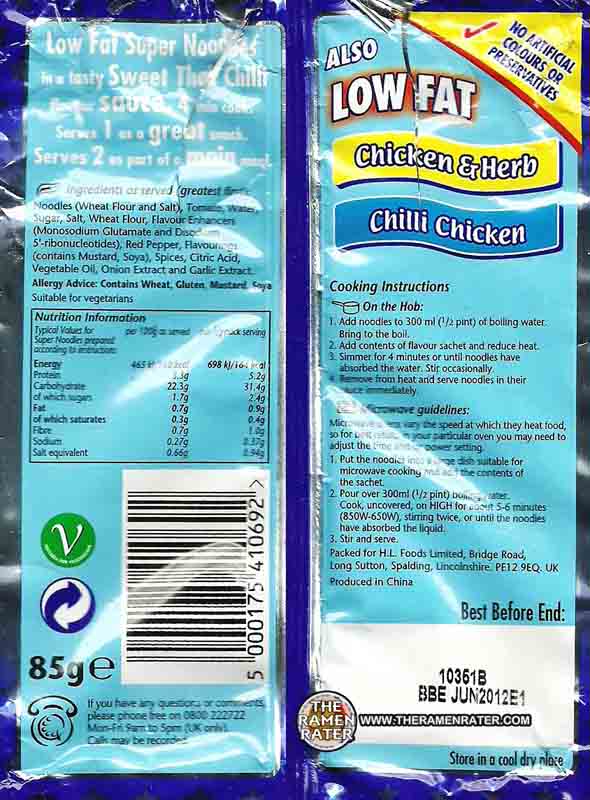 Here’s the back of the packaging (click image to enlarge)… 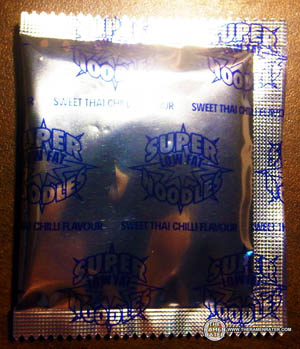 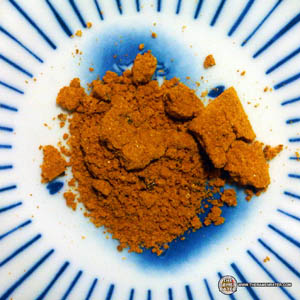 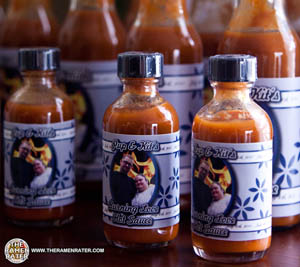 As I said above, Kit & I were married in July. I made a great batch of hot sauce for wedding souvenirs! 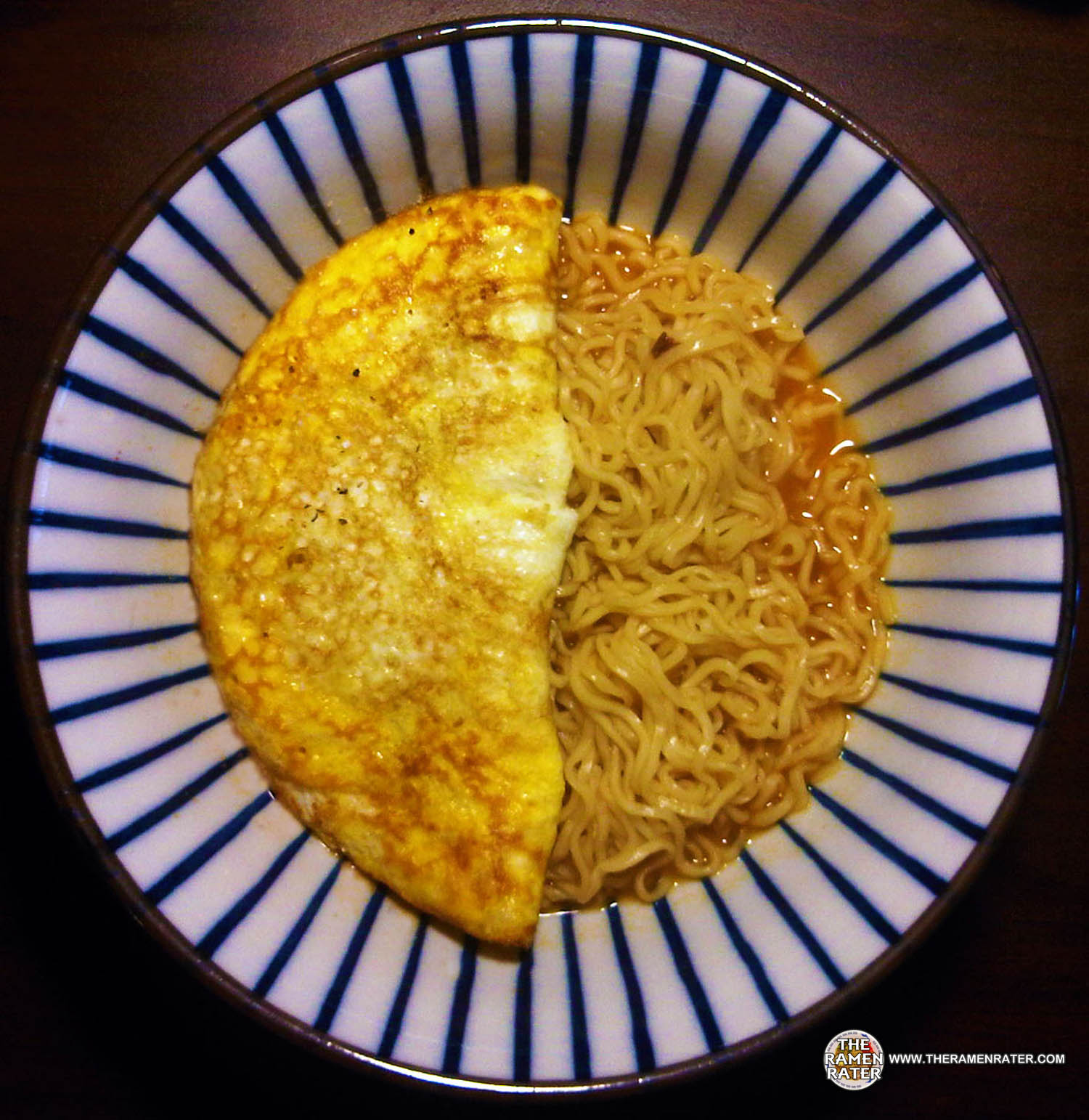 The finished product (click image to enlarge). Added a two-egg omelet with Pup & Kit’s Burning Love hot sauce and a few dashes of Krazy Mixed Up Salt. It’s kind of a bummer; I thought I was saving the best for last but as far as this stuff went, the seasoning’s great odor ended there. The stuff was so bland! Weird. 2.0 out of 5.0 stars. The hot sauce filled omelet was good at least. I got a text from Kit on Christmas morning on 2009 asking if I would like to fly down to California to meet for the first time and spend New Year’s with her. Saying yes was the best decision I ever made. You can get the noodles here.