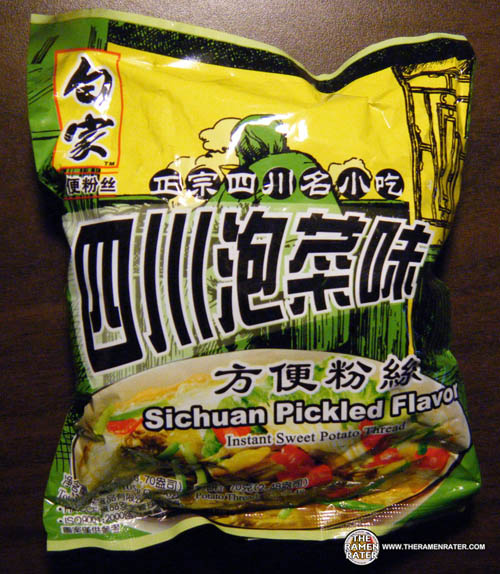 Baijia has been a brand I loathe thus far. Let’s see what we have in this one. 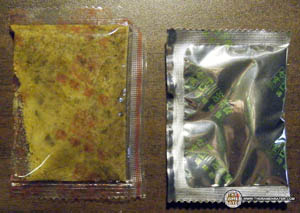 Two packets – liquid base on left and powdered base on right. 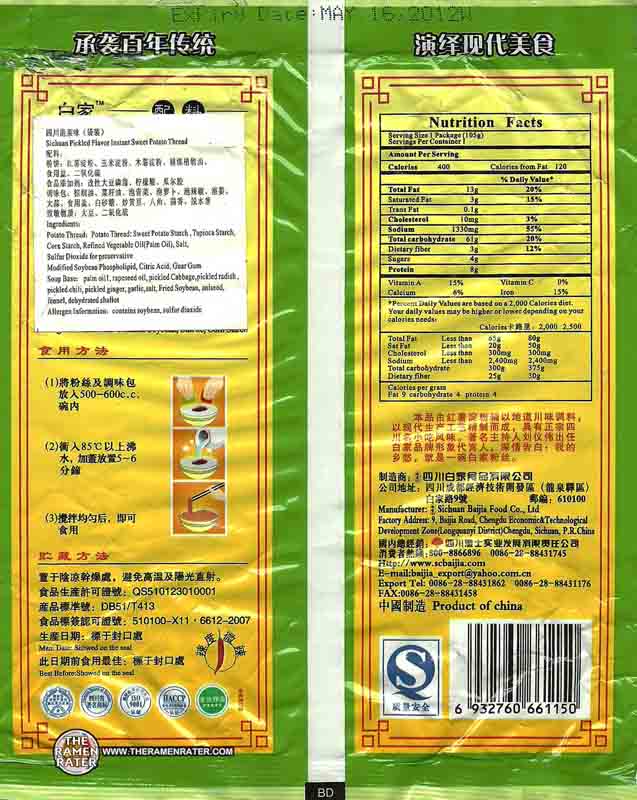 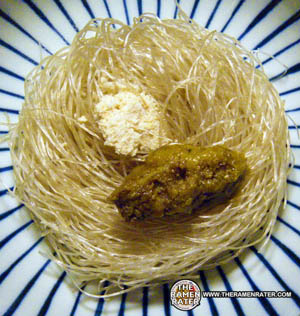 I can’t read Chinese, but from what I got, you put everything in a bowl, add boiling water and cover for 5-6 minutes. So that’s what I did. 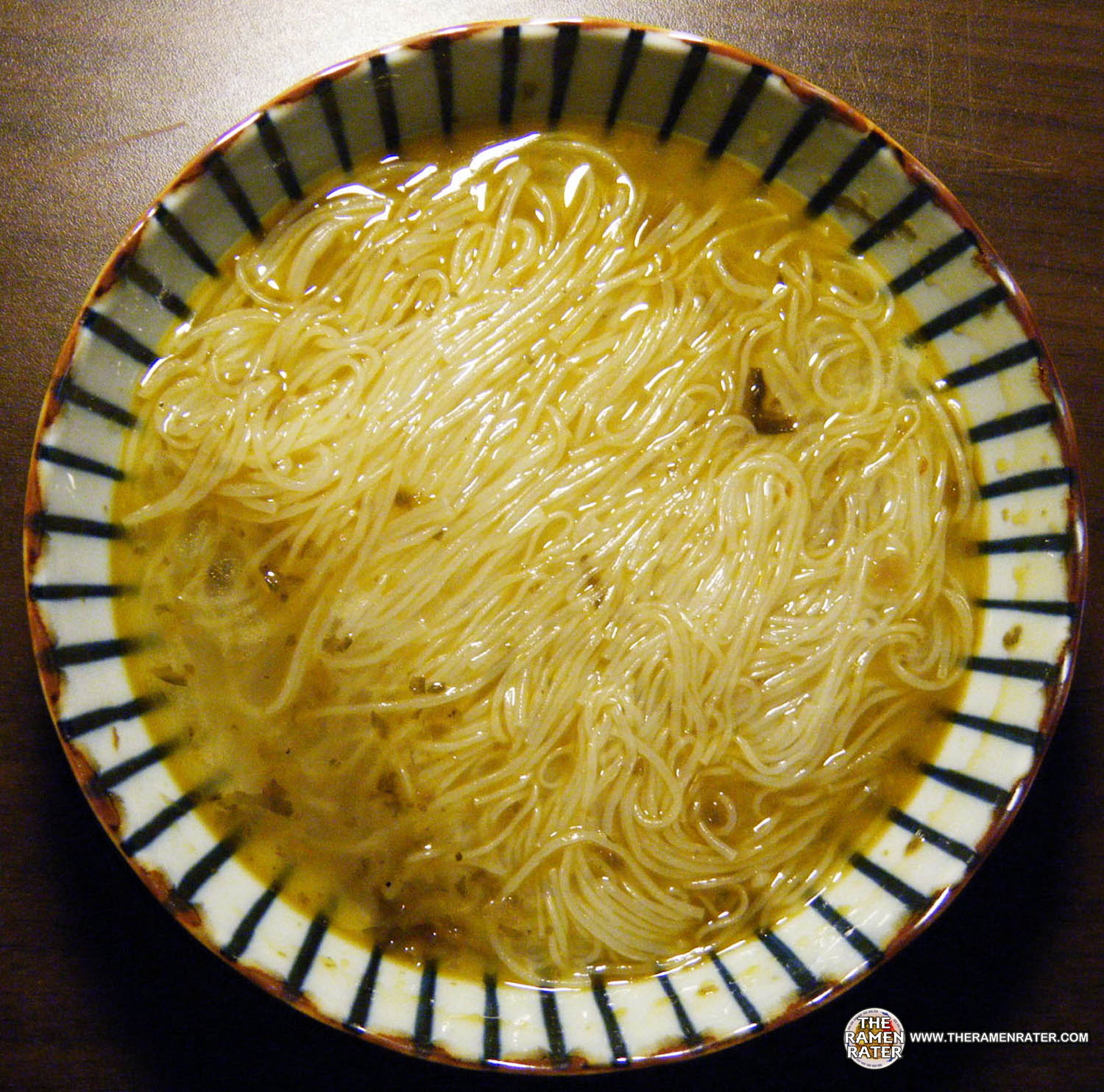 Finished (click image to enlarge). The noodles are very weird; they’re thin and hard to eat to be honest. I think this is standard for sweet potato thread. The broth? Greasy. The flavor? Probably the best s far for a Baijia product that I’ve tried. Still in all, not anything enjoyable in my book. At least it’s slightly spicy. 1.75 out of 5.0 stars.