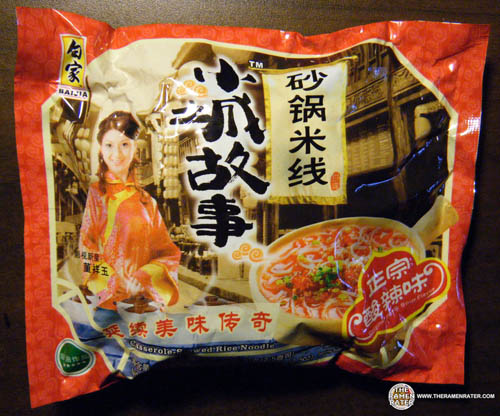 Baijia with rice noodles eh? Sounds different – hope it’s better than all the others I’ve tried! 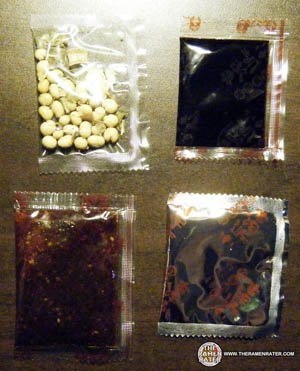 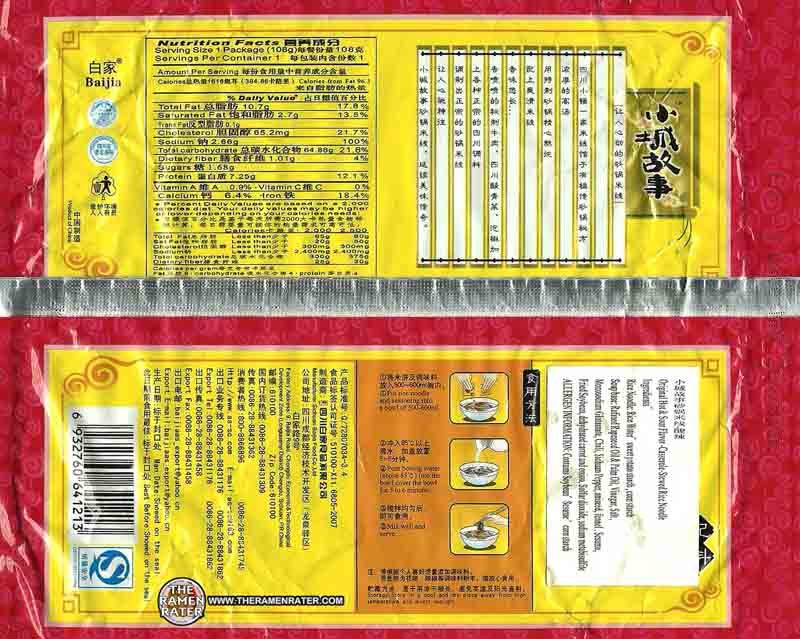 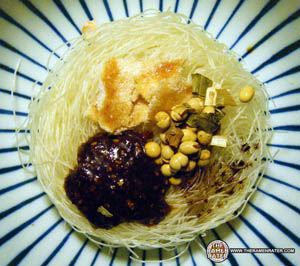 Here’s everything atop the rice thread. When I initially opened the package, I got a whiff – a horrible smelling whiff. A kind of vinegar scent. 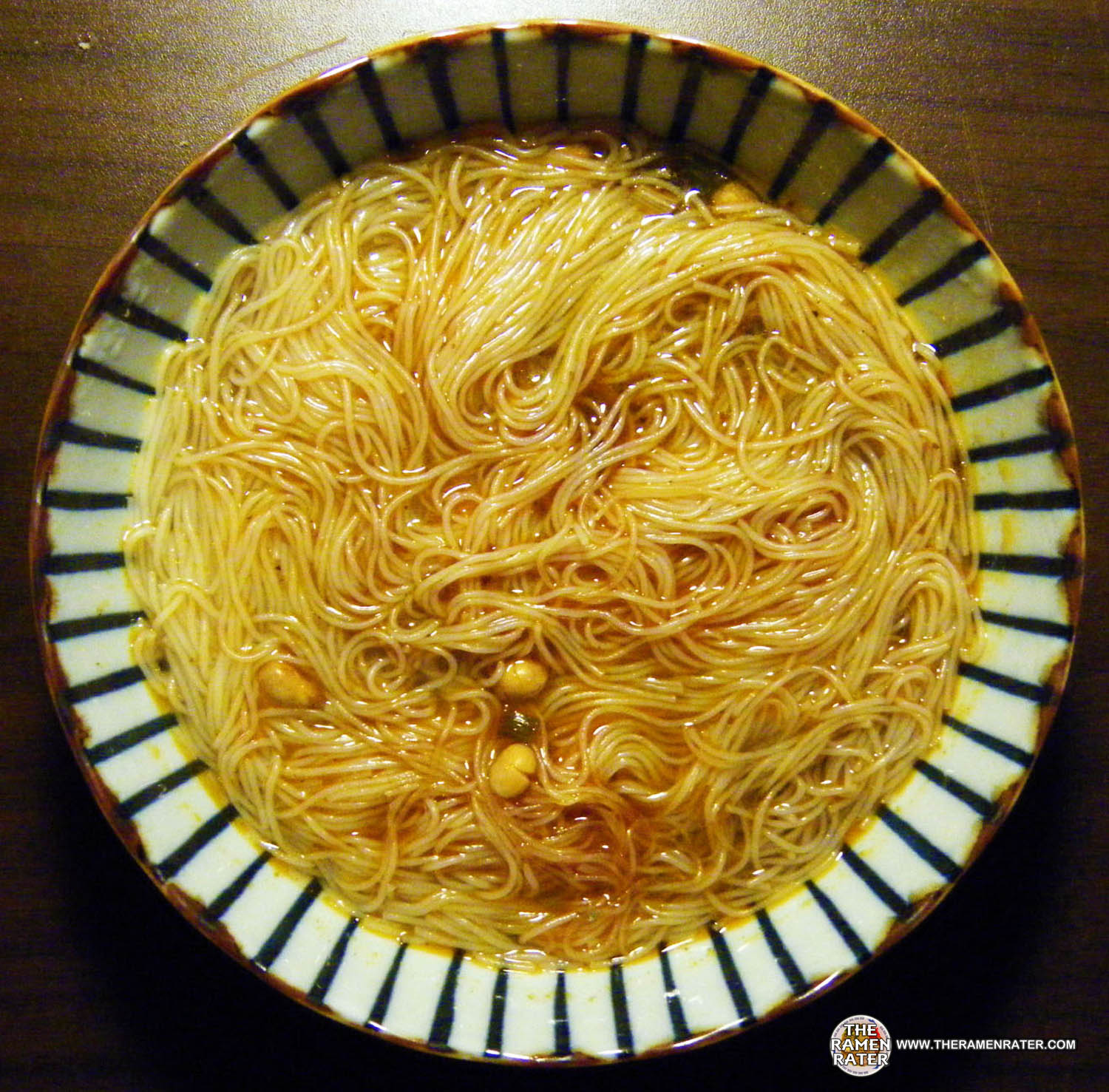 Click image to enlarge. Okay, let’s try this. Oh wow – alright so the noodles are better than the noodles I’ve had in all of the other Baijia products. But then there’s the taste. Hot and sour doesn’t even begin to describe. The broth is greasier than can be tolerated and the flavor is like a chemically-induced spicy with vinegar and I don’t know what. This is wretched and I couldn’t eat more than one bite. Easily one of the worst instant noodles I’ve had in my life. 0 out of 5 stars. That a big round one.